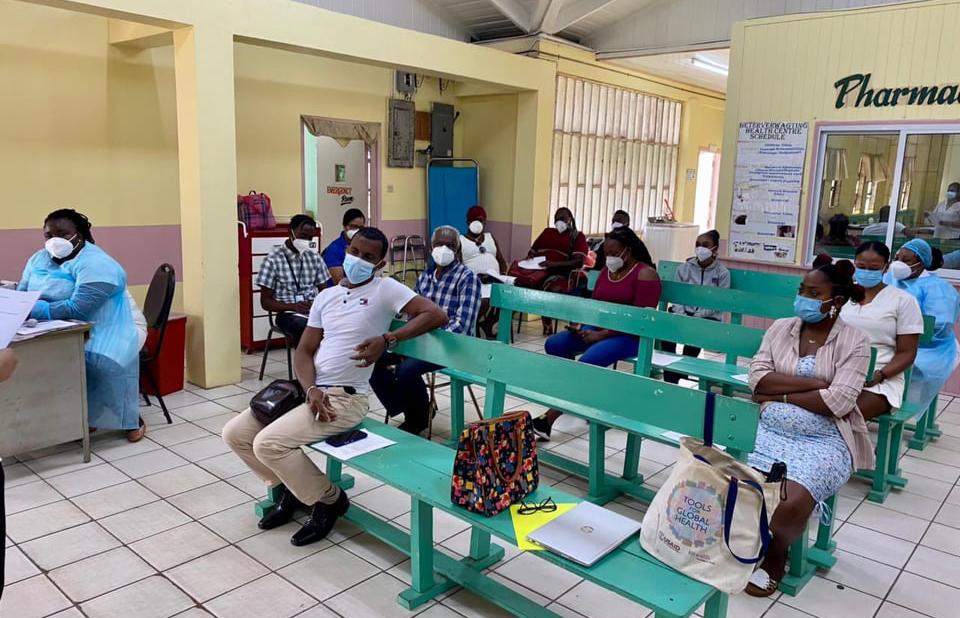 Now that Guyana’s old anti-trans law has been repealed, Guyana’s transgender community is tackling the task of eliminating anti-trans attitudes from society.

Guyanese transgender woman Marcia John (pseudonym) prepared to leave a transgender support group meeting. She took off her black wig and replaced it with a bandana and a hat. Her employer only allows her to perform her duties if she presents herself as a man.

In 2018, the Caribbean Court of Justice ruled that an 1893 Guyanese law banning cross-dressing was unconstitutional. Last August, lawmakers officially removed this section from the law books. But for Ms John and other transgender women, it hasn’t been enough to transform the way they navigate social spaces. Intolerant attitudes persist, with sometimes disastrous consequences for the well-being and livelihoods of transgender people.

Led by the University of the West Indies Advocacy Project, the cross-dressing law challenge began with a constitutional action filed in the High Court of Guyana in 2010. Eight years and two appeals later, litigants have won a historic victory.

“At the heart of the right to equality and non-discrimination is the recognition that a fundamental objective of any constitutional democracy is to develop a society in which all citizens are respected and considered equal”, ruled the last Caribbean Court of Appeals in 2018.

“The increased media presence of the community during the build-up to the case brought transgender issues into the public space. People have realized that transgender Guyanese exist and are part of our society. Some thought we should be treated equally and others clung to their religious beliefs. But transgender issues were brought to the fore and became part of the public discourse,” she said from the GTU’s Georgetown office.

Formed in 2012, GTU has worked over the past decade to facilitate the dialogue and awareness that is needed alongside major legislative and policy reforms to create a safe and empowering social context for transgender people. They contribute to the ongoing effort to change the attitudes and perceptions of healthcare providers regarding sexual orientation and gender identity. This work strengthens community access to health services, including HIV prevention, testing and treatment. With support from UNAIDS, GTU has also trained journalists in ethical and accurate coverage of transgender people and their issues.

“Legislative reform is essential, but it is not a stand-alone solution,” said James Guwani, Director of the UNAIDS Subregional Office for the Caribbean. “Alongside strategies such as judicial oversight and political advocacy, there must be community dialogue and targeted efforts to increase social inclusion.

“Employers are using the lack of this protected status to discriminate against lesbian, gay, bisexual and transgender (LGBT) people. Changing this legislation would mean that if you violate the rights of an LGBT person, there would be a redress mechanism. Having that in place will tell people that you can’t discriminate because there will be consequences,” Ms Hereman explained.

The CARICOM Secretariat, through the Pan-Caribbean Partnership Against HIV and AIDS (PANCAP), has developed a Model Anti-Discrimination Law to guide Caribbean countries in creating anti-discrimination laws. PANCAP continues to advocate with regional stakeholders, including policymakers, for countries to adopt the model as it provides for the protection of people against discrimination, including discrimination involving harassment, victimization and defamation due to HIV status, sexual orientation, etc. hopes the model will lead to improved access to healthcare for key populations with the overarching goal of a Caribbean free of AIDS and new HIV infections, in which all people are happier, healthier, productive , safe and respected. Next on GTU’s list is revising the teachers’ code of conduct to include the needs of LGBT students.

“They need to know that they have a duty to create an enabling environment for all students so that LGBT students have the opportunity to learn without bullying,” Ms Hereman said.

The absence of gender recognition legislation and the criminalization of same-sex sexual relations remain challenges in the context of Guyana and the wider Caribbean. The United Caribbean Trans Network has launched a campaign around gender identity recognition, while the Society against Sexual Orientation Discrimination is working to remove Sections 351-353 of the Criminal Law (Offences) Act, which make sexual relations between men punishable by life imprisonment. However, the GTU prioritizes issues that it believes are central to transgender people’s ability to obtain an education and access employment. Exclusion from these spaces increases their vulnerability to poverty, violence and disease.

Thanks to Alturi for finding this UNAIDS article.