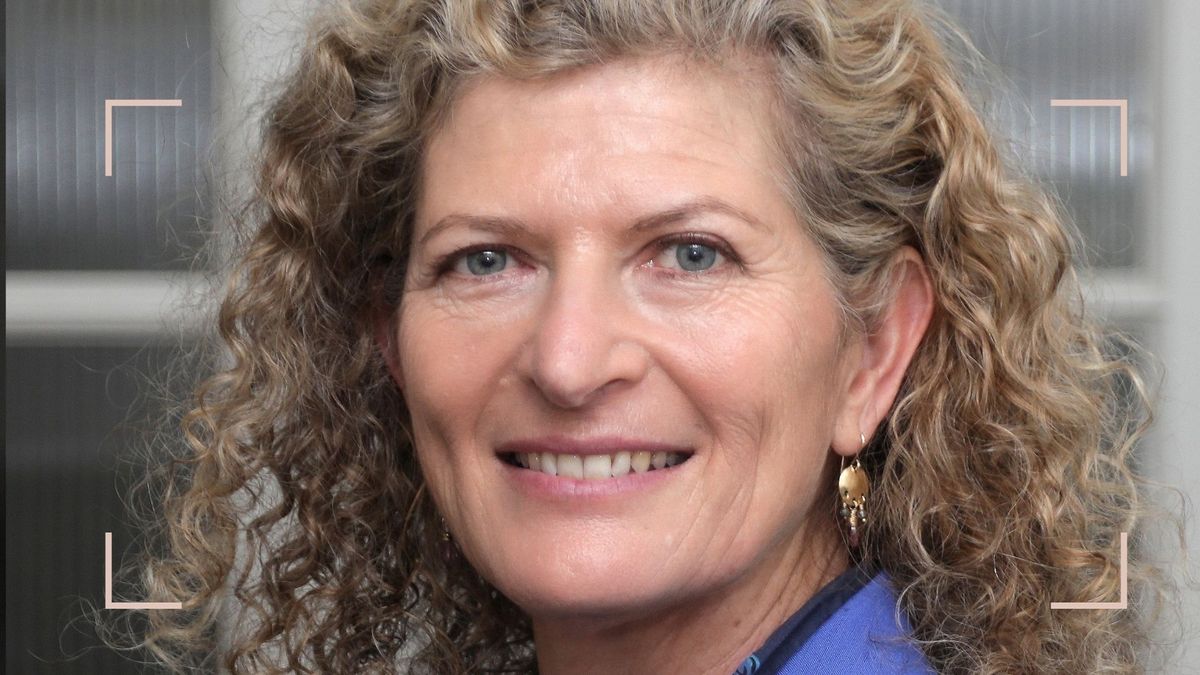 Why we need more women in power, according to Mary Ann Sieghart

Mary Ann Sieghart, author of The Authority Gap and jury chair for this year’s Women‘s Prize for Fiction, says women are undervalued and overlooked. But the reason we need more women in power has far-reaching benefits that go beyond the fundamental right to gender equality.

“We tend to underestimate women,” says Mary Ann Sieghart, who interviewed McAleese for her nonfiction book, The Authority Gap. “We visit them often. We interrupt them. Talk about them. Don’t listen to what they say, not as carefully as we do for men. We are more reluctant to be influenced by their views than the views of man. We are more likely to challenge their authority and often resist their authority over us.

Sieghart has become an expert on society’s perceptions of women and power. Journalist, former deputy editor of The Times, she researched and wrote The Authority Gap, published in 2021. The book contains everything from results of large-scale academic research to interviews with highly successful women, including Hillary Clinton ; European Central Bank Director Christine Lagarde and Booker Prize-winning novelist Bernadine Evaristo. The findings are infuriating. Sieghart’s work shows, time and time again, that despite more than a century of women fighting for equality, we are still held back by unconscious biases.

“What The Authority Gap measures is the difference between how seriously we take women and how seriously we take men,” says Sieghart. “We are even more reluctant to grant authority to women than to men. We tend to assume a man knows what he’s talking about until he proves otherwise. Whereas for a woman, it’s too often the opposite.

One of the most compelling pieces of evidence, she says, is looking at the experiences of transgender people. Sieghart cites the case of two science professors at Stanford University in California, both of whom were in transition. One was neuroscientist Ben Barres, who transitioned from female to male and found that he was taken more seriously as a result. After a seminar, he overheard another scholar say, “Ben Barres gave a great seminar today, but his work is so much better than his sister’s. The sister was Ben, before the transition. At the same time, Professor Joan Roughgarden transitioned from male to female. “It was like being on a treadmill,” she told Sieghart. “The career path is set for young men.” But, when she started living as a woman, she found her pay had dropped, she lost her seat on committees, and found it harder to get grants. Both professors’ experiences, Sieghart says, are supported by larger studies of people in transition.

Sieghart is not lacking in evidence. “Look at the interruptions,” she says. “First, it suggests that the person interrupting, and it’s usually a man, has something more interesting to say. Second, it literally silences the speaker. It talks about a recent US study recording the frequency with which Supreme Court judges were interrupted during proceedings.Female judges were four times more likely to be interrupted than their male colleagues and 96% of the time these interruptions were by men.

And why does this happen? “Well, a millennium of patriarchy, I’m afraid. All this time we have been taught that men are superior to women… But all of science shows that women are just as smart and just as capable as men. The objective evidence shows that male superiority is just plain wrong, unless it’s upper body strength. The only way forward, she says, is for all of us to think rationally and collectively and individually try to overcome our unconscious biases. “This thinking runs very deep in women as well,” she says. “Because we all grew up in a world where men are always in charge. We need to civilize our reptilian brain, the part of us that makes instant decisions.

As a woman with knowledge and experience, this can make you spit up in anger. Most of us know what it’s like to be ignored, underappreciated, told to calm down, dear, to get back in the kitchen.

Why we need more women in power

When women lead, great things can happen. And the benefits are felt by everyone, not just women who have reached the top of the tree.

“By making better use of women’s skills, we end up with a better and more skilled world,” says Sieghart. “Otherwise we are missing out on a huge pool of talent and intelligence.”

She continues, “Obviously, leadership skills are spread across the population, so you have to look at general trends. But studies show that, on average, women make slightly better leaders.

There’s a perfect example of this in recent times, where research by the Center for Economic Policy Research and the World Economic Forum found that countries with female leaders coped “consistently and significantly better” with Covid-19. 19. Germany under Angela Merkel, New Zealand under Jacinda Ardern, Denmark under Mette Frederiksen, Taiwan under Tsai Ing-wen and Finland under Sanna Marin all had fewer deaths as a percentage of the population.

“When there are studies in the workplace, subordinates tend to value their female leaders more, while male managers value themselves more,” says Sieghart. She also points to studies that show women’s success is good for men, too. This manifests in practical ways, such as seeing more of their children, and emotionally: men living in a more egalitarian landscape were twice as likely to report being satisfied with their lives and half as likely to be depressed.

And what happens when women get older and become more skilled?

“Well, there’s the problem that as women reach middle age, they can become almost invisible to men, or slightly radiant. This jaw-dropping story about Mary McAleese and the Pope shows that the discrimination occurs at all levels.

“But there are opposing influences. As you get older you are more experienced, you have proven your skill. By the time a person has acquired enough skills to be a leader, they are usually in their late 30s or older. Of the women I interviewed for the book, many said “oh once I was Prime Minister or CEO everything was fine”.

Moreover, the presence of older women at the top of organizations and positions of influence has a direct effect on young women in terms of applying for jobs and creating new ambitions. And each time, the benefits that come with it grow stronger. “We need to stop confusing confidence with competence,” says Sieghart.

Raising qualified and experienced women is better for the whole world. It’s time to believe in us, our contemporaries, our daughters. It’s time to close the authority gap.

Mary Ann Sieghart is the president of the judges of The 2022 Women’s Fiction Prize. The shortlist for the prize will be announced on April 27 and the winner on June 15.