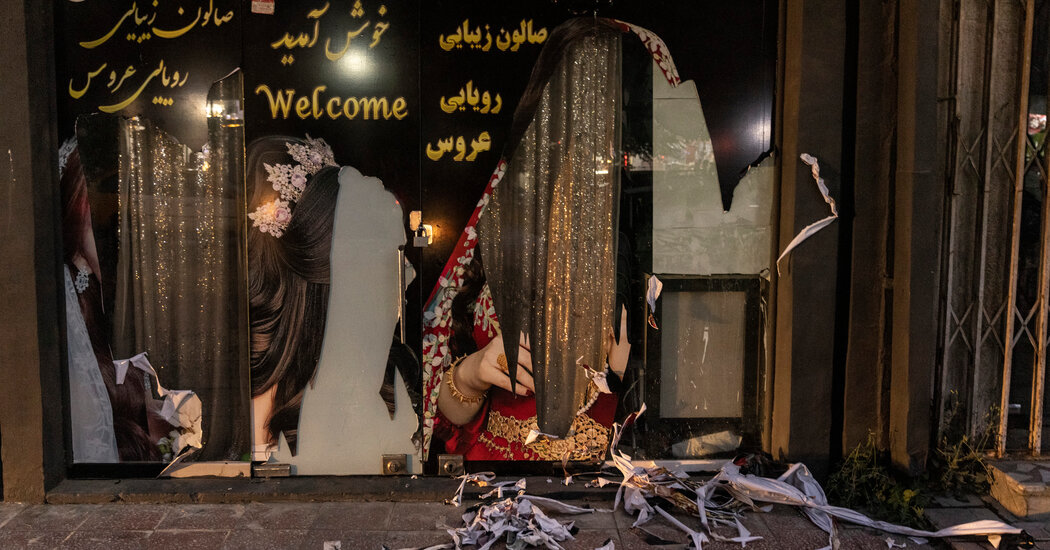 Why is the Taliban taking away so many hard-won freedoms from Afghan women?

This may sound like a facetious question. When the Taliban ruled the country in the 1990s, after all, their regime was known to have some of the world’s toughest restrictions on women. The group still adheres to a fundamentalist vision of Islamic society.

But ideology is only part of the story.

Every group has a range of beliefs, and not all become priorities for governance. Some Taliban officials, especially those who have conducted peace negotiations and fostered international engagement, have suggested that this iteration of Taliban governance might be less restrictive towards women. And there are certainly economic incentives, as resuming international aid would be based at least in part on human rights considerations.

None of this has seemed to make a difference so far. Although some Taliban officials continue to say conditions will improve, women are still kept away from workplaces and schools. Each week seems to bring a new report of restrictions.

In this light, the Taliban’s decision to restrict women’s freedom is starting to sound as much a political choice as it is a matter of ideology. Understanding why the Taliban might view the choice as rewarding, experts say, offers insight into the group’s statebuilding efforts and the nature of the society they once again rule.

“I did not believe for a minute that the Taliban had changed,” said Muqaddesa Yourish, a former deputy trade minister who fled to the United States with her family when the Taliban took power. â€œIf anything has changed about them, it’s that they know how to deal with the West. “

Less than two months after the Taliban took control of Afghanistan, the stipends promised to women in the workplace and in schools have still not been paid. Most women are still banned from going to work, a supposedly temporary measure that the Taliban claim is necessary for security.

Management uses the same wording to describe when women might be allowed to attend public universities. And when high schools reopened this month, the Taliban ordered the boys back to class but said nothing about the girls, which families across the country understood as a directive that girls must stay at home.

Groups like the Taliban often struggle to move from a violent insurgency to full governance, said Dipali Mukhopadhyay, a researcher at the University of Minnesota who studies rebel governance in Afghanistan, Syria and elsewhere.

They do not have the experience, the funding or the staff to provide sophisticated government services. Instead, their main strength is to control security – using their status as the most powerful violent group in the country to operate a sort of country-level protection racket, trading public safety for obedience.

“We shouldn’t believe that they are an alternative to the previous government because they provide security,” said Metra Mehran, co-founder of the Women’s Perspectives campaign, which sought to make women’s voices heard in peace negotiations. . â€œThey don’t provide security; they just stopped killing us.

Dr Mukhopadhyay echoed this sentiment. “This is the cornerstone for understanding what the Taliban offers: security and also the threat of force,” she said. “But people, especially women, know that with this form of security comes an ideology.”

Seen in this light, restricting women’s freedom is a powerful demonstration of the power of the Taliban. When women and girls disappear from offices and schools, it shows that the Taliban have enough power – and by implication, enough capacity and willingness to use violence – to radically redevelop public spaces.

Dr Mukhopadhyay noted that the Taliban not only dismantled the Ministry of Women’s Affairs, but also replaced it with the Ministry of Vice and Virtue, the dreaded religious police known for their public beatings against women who went out without a male relative or were dressed in something other than a burqa.

“It is a very powerful symbol of who is winning in the Taliban right now,” she said.

“The Talib in every man”

But marketing is only part of the story. Despite the support and funding of gender equality efforts over 20 years from US-backed governments, the freedoms of Afghan women have always been fragile.

Ms Yourish said she always felt that many Afghan men were uncomfortable with women in public life. Although her own father and husband supported her career, she said, they often seemed to be outliers.

In the final days before the Taliban took power, Ms. Yourish said, she and her friends exchanged stories about how “the Taliban in every man come out,” she said. Strangers approached her and other women on the street, shouting cryptic threats such as “your days will soon be over,” she said. She could feel the progress of women crumbling, she said, even before the fall of the previous government.

On paper and in the tables of foreign aid budgets, gender equality has been a priority for two decades. And there were substantial improvements for many women, especially those who were educated and lived in more urban areas.

But Afghanistan remains a deeply patriarchal society. The Taliban’s promise to return to â€œtraditionalâ€ values, in which women are subordinate to their male relatives, is an attractive offer for many Afghan men.

Understanding the Taliban takeover in Afghanistan

Who are the Taliban? The Taliban emerged in 1994 amid the unrest following the withdrawal of Soviet forces from Afghanistan in 1989. They used brutal public punishments, including flogging, amputations and mass executions, to enforce their rules. Here’s more on their origin story and their record as leaders.

Who are the Taliban leaders? They are the main leaders of the Taliban, men who have spent years fleeing, in hiding, in jail and dodging American drones. Little is known about them or how they plan to rule, including whether they will be as tolerant as they claim. A spokesperson told The Times the group wanted to put their past behind them, but there would be restrictions.

Societies where family wealth flows through male lineage traditionally place a high value on the chastity of brides, Dr Evans said. â€œThe girls are then closely watched to improve their marriage prospects and the honor of their families,â€ she said, and standards develop that keep women out of public life.

The dynamic is self-reinforcing: Families don’t want to risk deviating from social norms on their own, so everyone finds themselves stuck in a system in which women have to stay close to home.

To get out of this trap, women’s wages must become high enough that the benefits of work outweigh the risks to family honor, Dr Evans said. In East Asia, for example, rapid industrialization increased the potential earnings of women, effectively redeeming them from honor-based rules that forced them to stay at home.

This did not happen in Afghanistan, where economic productivity and employment languished despite the influx of aid. Women’s wages have not increased enough, in enough places, to override honor-based concerns of their families, or to transform social norms.

It could strengthen the Taliban. Rebel groups that are seen as rooted in local communities and values â€‹â€‹tend to be more successful, said Dr Mukhopadhyay. For conservative Afghans, especially men, restricting women’s freedom can be a way for the Taliban to pretend they support local values.

But it could still backfire on us, Dr Mukhopadhyay said, if the restrictions are so extreme that Afghans see them as undue interference by leaders who do not understand how the country has changed. For decades, “the talibÃ©s lived across the border in Pakistan,” she said. â€œTheir perceptions of Islam and modernity are not the same as those of the Afghans. “

Women’s employment has become widespread enough that many families depend, at least in part, on their income, said Manizha Wafeq, co-founder and president of the Afghan Women’s Chamber of Commerce and Industry.

Their income has vanished in recent weeks due to Taliban restrictions, which could reduce public acceptance of their rule.

“It’s already an economic crisis for the whole country,” Ms. Wafeq said. â€œPeople are already trying to figure out how to feed their families. “

What about work-life balance for low-wage women of color?