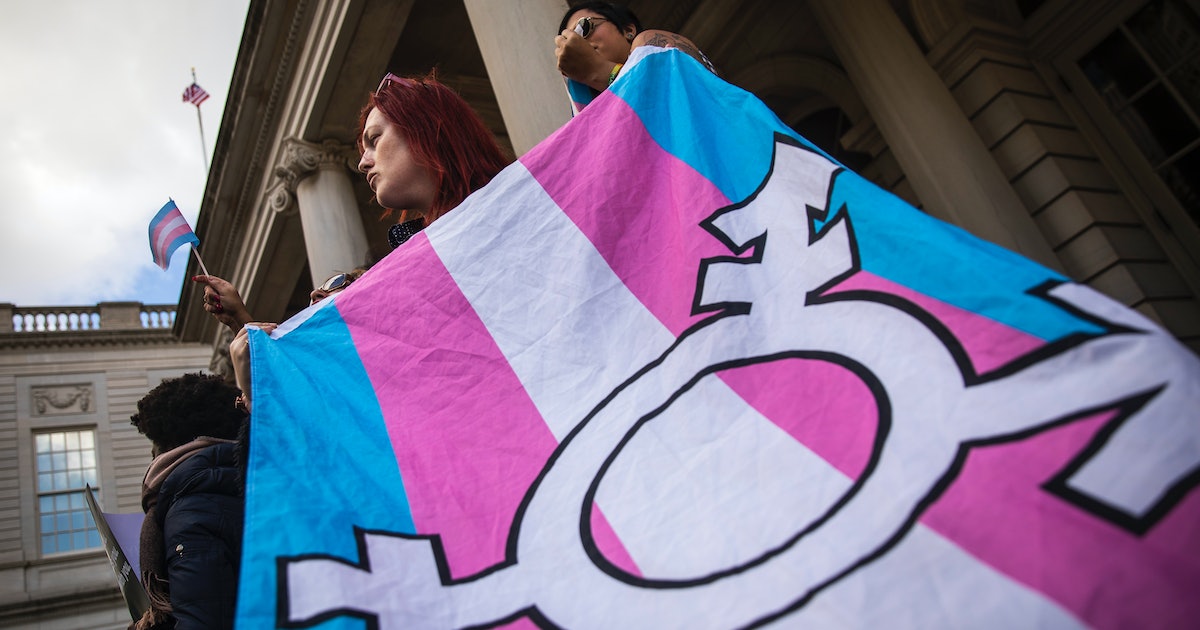 What’s in a name? In Shakespeare, when Juliet asks this question regarding the surname of her forbidden lover, Romeo, Montague, it is an expression of lamentation. In her society, she is banished from a life with her true love. These days, naming things of all kinds is important, especially in politics.

Late last week, after Texas Governor Greg Abbott ordered his state’s Department of Family and Protective Services to treat gender-affirming care for transgender minors as child abuse, it suddenly looked like the Democrats were having trouble with the names. Asked about it, White House press secretary Jen Psaki didn’t even use the word “trans” or “transgender” in her response, opting instead to divert the conversation Texas and Florida’s “don’t say gay” bill, which more broadly targets LGBTQ+ students.

This week, the situation for trans children in Texas has become even more dire. Tuesday, The New York Times reported that the state has already launched investigations against families with trans children. The mother of a 16-year-old trans girl who herself works for DFPS was placed on administrative leave from her job, and an investigator showed up at her home on Friday to request the teenager’s health records.

Texas attack on trans youth and their families worst in years – worse than North Carolina HB2worse than trans military banworse than any of the forbidden athlete. We are talking about teenagers who are perhaps torn from the only family homes they know, to be thrown into a state care system littered with abuse and underfunding problems.

This rule meets three of the five criteria for United Nations definition of “genocide”. It’s a five-alarm fire for trans rights in Texas, and yet Democratic officials like Psaki seem reluctant to even utter the word transgender. After the Times In a Tuesday article, Democratic Texas gubernatorial candidate Beto O’Rourke apparently dropped his own “don’t say trans” response to the shocking news, tweeting with glaring lack of precision:

It was an unusual start for the gubernatorial candidate, who has a history of vigorously defend the rights of trans children. After an initial backlash from many trans people and allies on Twitter, O’Rourke, to his credit, tweeted two more times later that day, each time specifically naming trans kids in Texas.

It’s not just Psaki or O’Rourke who did this. It’s a common trope among trans people that Democrats often replace “trans” with “LGBTQ,” even when gay, lesbian, and bisexual cisgender people aren’t targeted by the harmful policy Republicans are trying to implement.

This also tends to happen with abortion policy. Democrats have a long history of avoid using the word “abortion” in the face of draconian Republican bans. Instead, they will opt for apparently more acceptable expressions such as “a woman’s right to choose” or “access to reproductive health”. President Biden has not publicly uttered the word “abortion” once since arriving at the White House, despite Texas effectively banning it early in his presidency.

I asked a few of my contacts with experience in legislative communications why this keeps happening. According to them, there could be a number of reasons why an individual politician may be reluctant to even say the word “transgender” or “abortion.”

If a Democrat or his staff still doesn’t know about trans rights, that ignorance seems willful.

A reason, they told me, is that, especially when it comes to trans rights, politicians might just feel unfamiliar with the details and language of the issue. That seems far-fetched to me, given that Republicans have made attacking trans rights a central part of their platform since 2016. If a Democrat or his staff still doesn’t know about trans rights, this ignorance seems deliberate.

Another reason they mentioned is that politicians might use focus groups or poll-based language. In other words, “LGBTQ” might sound better than “trans”, so the chosen one chooses to use the wording that sounds better, even if it signals to trans people and their allies that their support is not as solid as they claim. It should be noted that both O’Rourke and the White House have flag poll numbers; if their data shows it’s best to avoid the issue in the polls, it’s clearly not working.

This mindset allows them to sidestep the responsibility of learning the ins and outs of trans issues. That’s how you end up with Democrats speaking out in an effort to deny their opponents access to potentially polarizing soundbites for use in their latest political attack ads. It may be a good strategy, but it makes them unable to explain to voters exactly why their opponents’ culture war obsession is bullshit.

Biden seems to straddle that line. In his State of the Union address on Tuesday, he wasn’t afraid to say “transgender” and said he would always have his back for trans kids. He called on Congress to pass the Equality Act, which would enshrine LGBTQ+ rights in federal civil rights law. Unfortunately, the The Equality Act is already politically dead as long as the filibuster is still in place. And Biden did not name any steps his administration would take directly to protect trans children, in Texas or elsewhere.

Trans kids and their families in Texas can’t wait for equality law. They need immediate help now. If the president really had his back, he would leverage the feds to help beyond calling for the passage of dead legislation. He would order the Department of Justice to intervene. He would encourage people to donate to grassroots organizations like Equality Texas or the Transgender Education Network of Texas.

But that didn’t happen. This is the problem. Trans people need more than just words, but many Democrats can’t even say our names.

What is the National Gender Index, a tool to identify gaps in gender equality