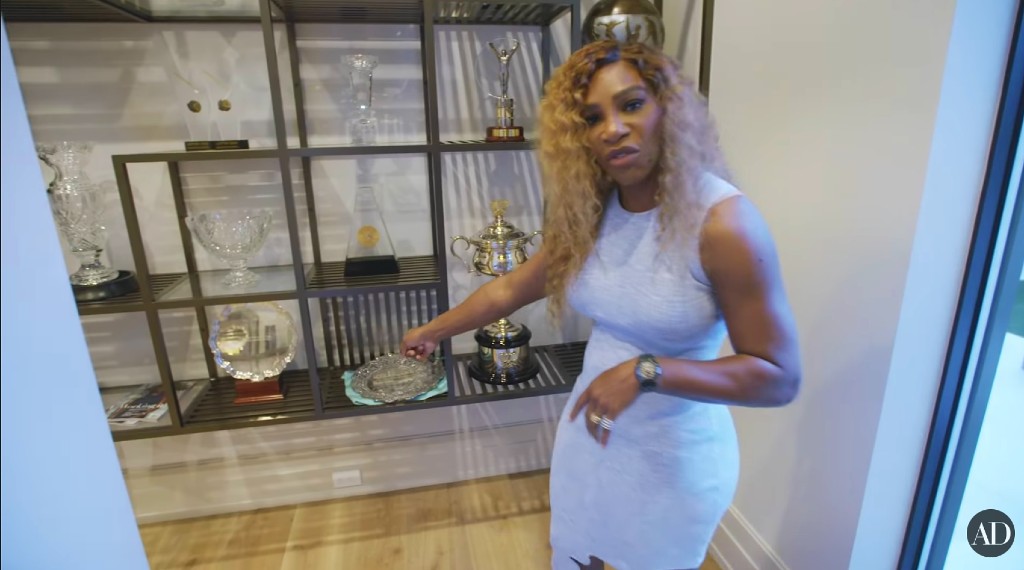 Serena Williams is the greatest female tennis player of all time and has an extremely strong case for being the GOAT of tennis all the way, for men or women. She won 23 Grand Slam singles titles – 7 Australian Opens, 7 Wimbledons, 6 United States Open and 3 French Open – and is a perfect 14-0 in the Grand Slam final with her sister Venus (she also has a pair of doubles Grand Slam wins).

There is simply no one who has done what they have done and her longevity in a sport which is not often favorable to aging is remarkable. On Thursday, Williams, who is in the middle of the Australian Open, took part in an Architectural Digest tour of his home, which you can watch in the video above. If you hit the 3:20 mark, you will reach the part of the Trophy Room Tour, where she really forgets the trophies she has on display because she has too many and spots a second place trophy that she threatens to throw in the trash because “we don’t keep second place.”

Let’s review the best quotes from what is, quite simply, one of the finest flexes from an athlete in recent memory.

Only someone with a million trophies can say this, “Sounds like one, I’m so bad with trophies.”

Just an absolute legend and a hero to all. Thanks for that, Serena.