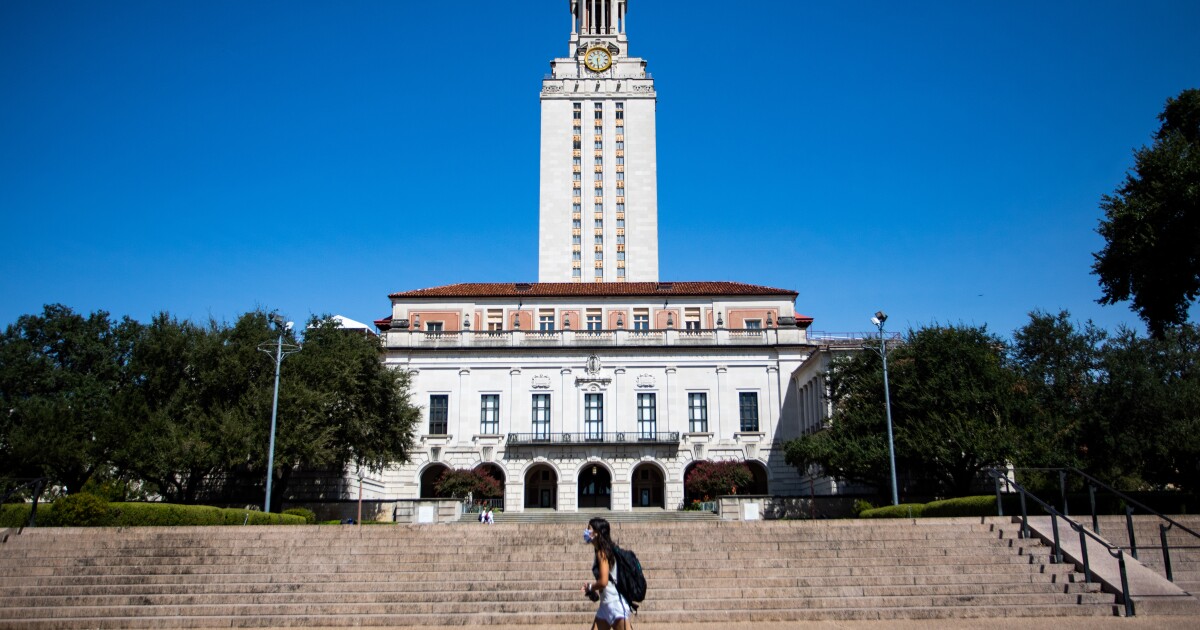 UT Austin has seen a drop in reports of sexual harassment, sexual assault, dating violence and stalking in the 2021-2022 academic year, according to a Annual Report the university released on Monday.

Title IX is a federal law that prohibits discrimination based on sex. The Texas Legislature passed a law in 2019 — Senate Bill 212 — which requires universities to make this Title IX data publicly available annually.

“We received a total of 1,193 reports, which represents a 16% decrease in the total number of reports we received that met the SB 212 criteria compared to the previous academic year,” said Adriana Alicea. -Rodriguez, Associate Vice President and Title IX Coordinator. .

While there were 1,193 reports made last year, there were 1,357 allegations. The discrepancy between these two figures is due to the fact that the same report may include several allegations. For example, a report could be for harassment and sexual assault. Data from the Title IX office shows that the following allegations were reported in the last school year:

Alicea-Rodriguez said she thinks UT saw a drop in total reports last year because there were fewer duplicate reports. The number of confidential reports made to designated employees has decreased, while the number of reports made directly to the Title IX Office has increased.

“Confidential reports are difficult for us to determine if it is a duplicate report for something the Title IX office already had or not, because what we receive is only aggregated data,” said she declared. “There is no identifiable information regarding the confidential reports.”

This means that someone could report an incident to the Title IX office as well as an employee of the counseling and mental health center, for example, and the office would not know that it was reported twice.

The Title IX Office received 483 reports directly, while 710 confidential reports were directed to other employees. Alicea-Rodriguez said she thinks one of the reasons her office has received more reports is because the university adopted the recommendations of Husch Blackwell, LLP. Utah hiring the law firm in 2019 to review its Title IX and sexual misconduct policies. One of the recommendations was to improve and require training on how to prevent gender discrimination for all UT employees.

Alicea-Rodriguez said she thinks there is more awareness in 2021 about the services offered by her office.

“We began to receive more reports from people who wanted to report the matter to the Title IX office but were not necessarily looking to pursue a grievance process – in other words to investigate the matter,” she said.

According to the annual report, 69 or 14% of the 483 reports made directly to the Title IX Office last year met the criteria for investigation. As of September 15, 23 of the 69 formal complaints have been investigated and adjudicated through the formal grievance process. .

The vast majority of reports did not lead to the formal grievance process. There are several reasons why the Title IX office does not investigate; 169 reports could not be investigated because the accused person – officially known as the respondent – was not affiliated with UT. Another 117 reports were not investigated because they were submitted by a third party and the complainant did not want to pursue the formal grievance process.

Alicea-Rodriguez said the Title IX office has a number of goals for the current academic year to continue to prevent sexual misconduct and raise awareness of available resources. One of the objectives is to launch a peer-to-peer training program. Another is to train 100% of first responders, such as residential counselors and UT police, in trauma-informed practices. A third objective is to increase the response rate from complainants or persons who report to the Title IX Office.

“So when we receive a report from a complainant, we contact them on average within three days of receiving that report and, thanks to this outreach, we have a response rate of 81% of complainants who follow up. with our office,” she said. . “And we want to see that increase in this academic year to 90 percent.”

Workplace lessons from the most equal country in the world