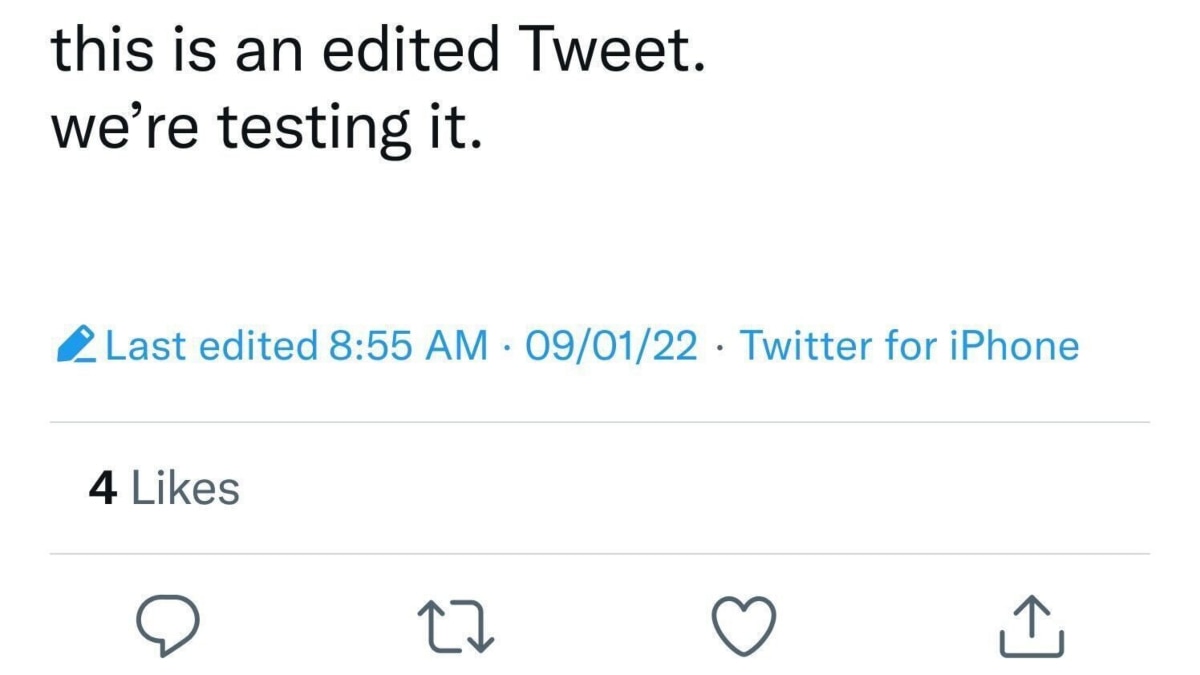 Did you write a witty tweet and feel great about it, only to find out about that annoying little misspelling?

Did you write that fiery opinion, only to discover a small factual error?

We’ve all been there. And it looks like Twitter is just beginning to understand some of these very human embarrassing issues.

This is why Twitter announced on September 1, 2022 that it was ULTIMATELY bringing THE ‘edit button’ to the platform. Yes, you heard right. Most Wanted or Most Undesirable feature – depending on how you look at it – is currently being tested in real time. And no, this time Twitter isn’t just debating the topic or asking a Twitter poll question or writing a blog about it; they are testing it.

if you see an edited Tweet, it’s because we’re testing the edit button

it’s happening and everything will be fine

What is Twitter’s plan? Currently, the edit button is being tested internally on Twitter.

How will the edit button work? Twitter is where official announcements are made, by governments around the world and other personalities. It is the gospel of modern times. But for some Twitter users, a gospel that can be changed is a nightmare. Critics of the edit feature say it can be misused by users.

Not having an edit button is what makes Twitter special and tweets reliable.

What if, a politician makes a problematic statement only to change it later and wash his hands of responsibility and accountability?

What if, people like Elon Musk, who have the power to move the markets, make a statement that disproves the market value of a company, only to change it later when scrutinized by regulators?

I can’t wait for someone to write “I support trans people”, have a bunch of trans people retweet it, and then edit it to “trans people should be genocided”. It will happen on the first day.

The possibilities are limitless. Not even Twitter knows how it can be misused.

Like any new feature, we’re intentionally testing Edit Tweet with a smaller group to help us integrate comments while identifying and fixing potential issues. This includes how people might abuse the feature.

Twitter also addressed a few fears people have with an edit button:

Twitter says, “The time limit and version history play an important role here. They help protect the integrity of the conversation and create a publicly available record of what was said.”

The time limit and the version history play an important role here. They help protect the integrity of the conversation and create a publicly available record of what was said.

What was the reaction? While some are happy with the announcement, others are worried. Critics say they will start taking screenshots of tweets they find interesting or problematic to preserve them while holding the author accountable.

Twitter could add a button allowing users to edit Tweets. If someone posts something messed up, it won’t help them. You can’t hide from a screenshot people like to take when they see something crazy. #Twitter #Edit #editing #DeadlineDay #

I see the edit button is being tested. I immediately start a twitter screenshot album.

With Twitter adding an edit button, I guess I’ll have to screenshot questions to answer them rather than “quote tweets”??

Would you expend as much energy as taking a screenshot and “quote-tweeting” a tweet or letting screenshots take up space on your phone’s memory?