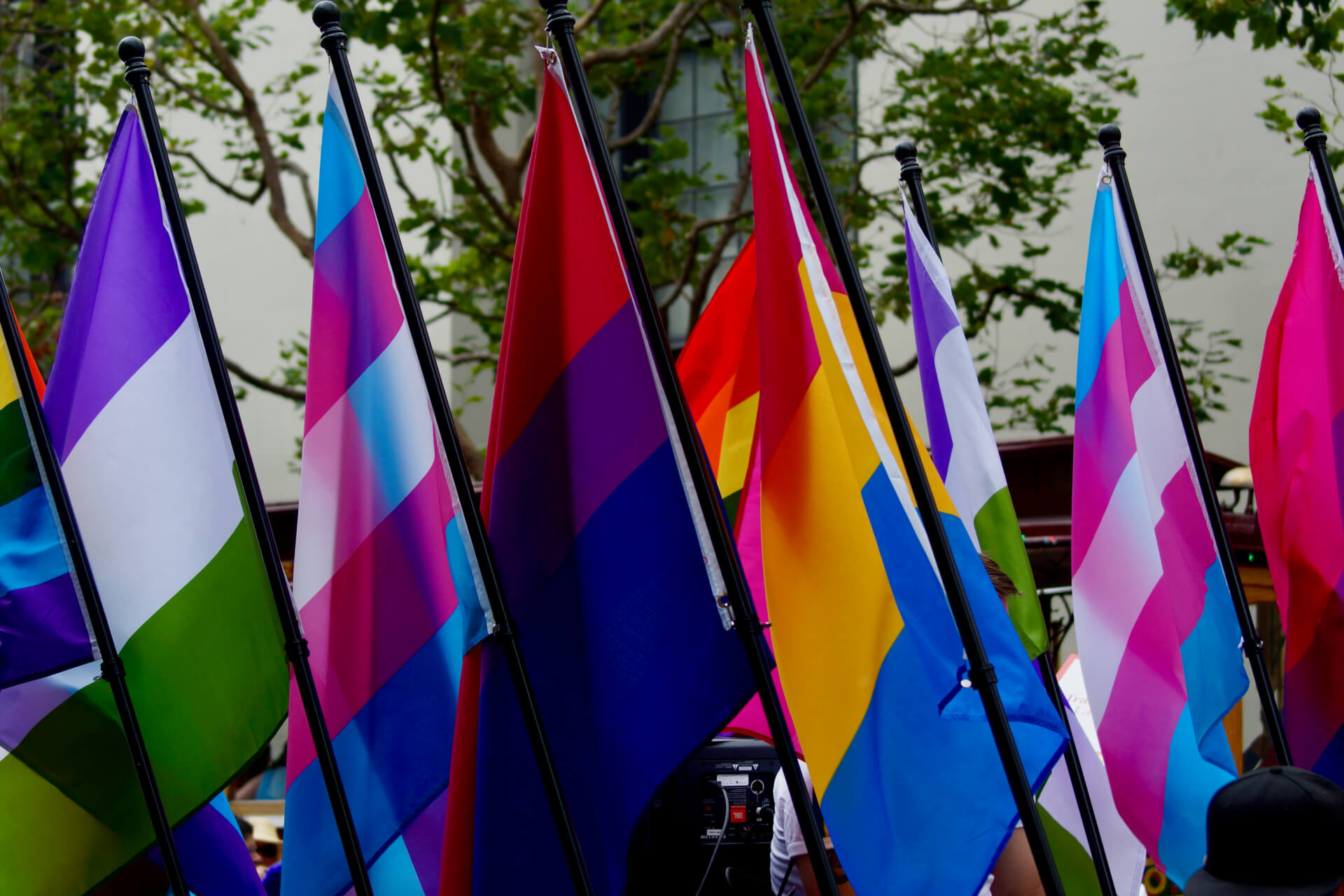 Transgender students and their allies said Wednesday they will not remain silent in the face of a new state policy they say discriminates against transgender athletes on school teams.

“We’re at a point where Republicans are using children as political fodder, and we deserve so much better,” said activist and former Democratic State House candidate Bentley Hudgins. “Our trans youth, our queer youth, every child in this state deserves so much better than what we’re being offered right now.”

Last month, the Georgia High School Association, which oversees athletics at 465 schools across the state, changed its rules to require students to play on a team that matches their gender identity.

The rule change came shortly after Governor Brian Kemp signed a bill targeting transgender athletes. Transgender athletes competing in women‘s sports have been a big front in America’s culture wars in recent months. Kemp and many other Republicans say trans women have an unfair advantage over their competitors, but opponents call the legislation a cynical ploy for transphobic voters and point out that there have been no examples of a transgender athlete dominating a sports in Georgia.

“This ban solves a problem that doesn’t exist,” said Peter Isbiter, head of the Metro Atlanta chapter of TransParent, a resource group for parents of transgender children. “There is no groundswell of cisgender children and students seeking to ban their classmates from team sports.”

Jennifer Susko, a school counselor who resigned of Cobb County Schools to protest the district’s handling of racial issues, said the new rule contradicts counselors’ professional obligation to treat transgender students in accordance with their gender identity and to ensure that they do not experience discipline, harassment or discrimination because of their gender identity or gender expression.

“The GHSA and Georgia lawmakers are creating exactly the kind of dangerous and discriminatory environment for trans youth that school counselors are charged with preventing,” she said. “When they lack a safe environment and a sense of belonging, transgender youth face a high risk of depression, suicidal thoughts and suicide attempts. In particular, black transgender youth report disproportionate rates of suicide risk, with 59% seriously considering suicide and more than one in four, or 26%, attempting suicide in 2020. There is therefore an urgent need to create spaces safe, inclusive and welcoming, including in sports, for transgender students, with the aim of intervening.

The three were among the speakers Wednesday at a virtual meeting after an in-person rally scheduled for Sunday was canceled following a death threat against one of the organizers.

“The death threat, which included the time, date and location of the rally, was emailed to a young LGBTQ organizer in the Atlanta metro area,” said Isabelle Philip, press director of the Georgia Youth Justice Coalition. “The student is in conversation with officials and experts. As this is a young person and we work more directly with young, trans and queer people, we are not revealing more details at this time.

Saturday Police in Coeur d’Alene, Idaho stopped 31 men equipped with riot shields and a smoke grenade and crammed into a moving truck, apparently on their way to riot during a local LGBTQ Pride Month celebration.

The incident, along with impassioned rhetoric equating teaching children about LGBTQ people to child abuse, has supporters on edge.

Isbiter sought to draw a line between state action and recent threats.

“The actions of Governor Kemp and all members of the GHSA Executive Committee who voted for this ban and the actions of the coward who made these threats over the weekend are a direct threat to the rights of our families and of our children the right not to live in fear,” he said.