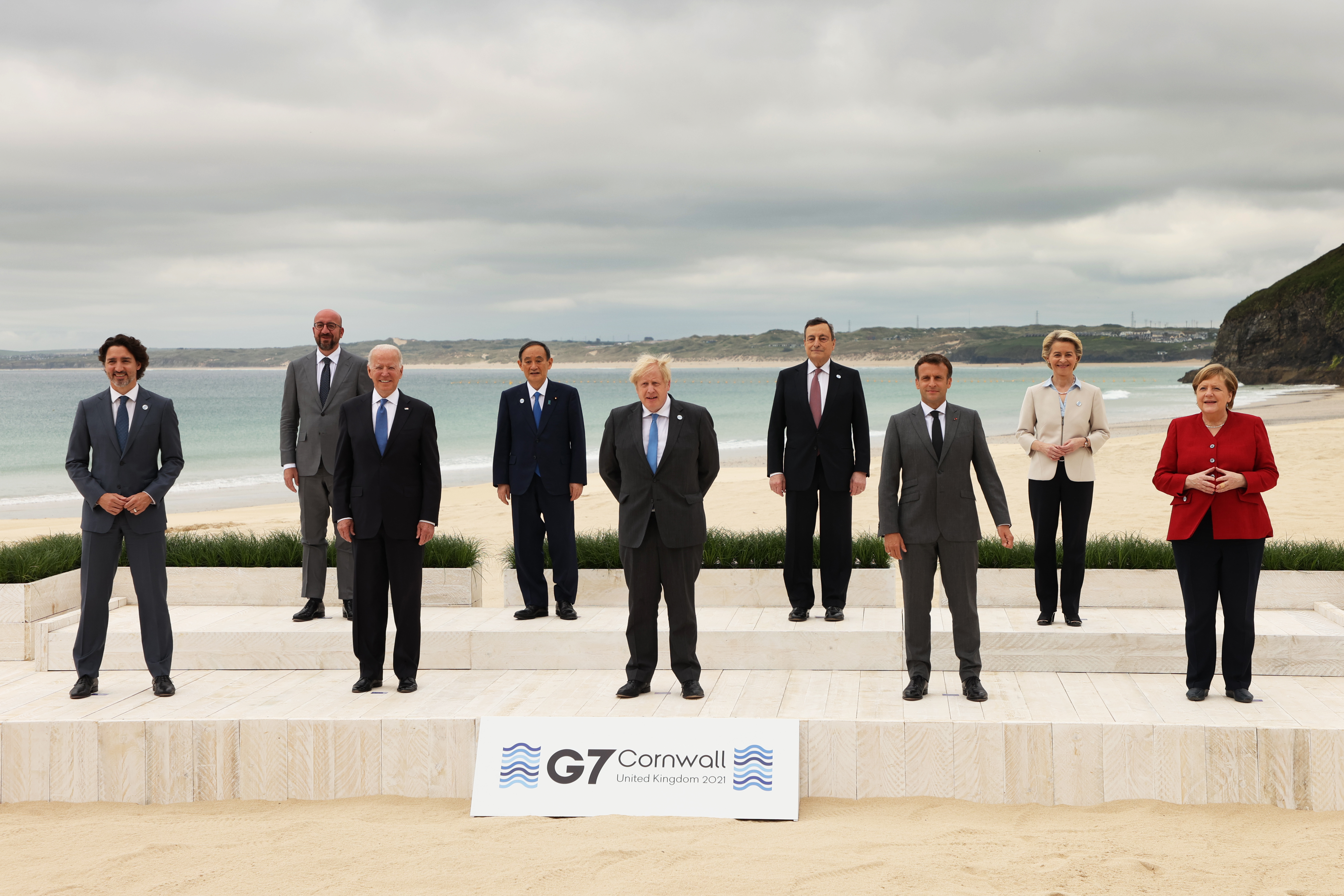 New variants of COVID-19 and low global vaccination rates are at significant risk of reopening the world. First detected in December 2020, the B.1.617.2 – or delta – variant has grown rapidly across the world. 40-60% more transmissible than the original strains of COVID-19, as of mid-April 2021, more than 50% of new cases of COVID-19 in India have been identified as the delta variant. Less than a month later, the delta variant also became the major strain circulating in the UK. At the end of the second quarter of 2021, the Delta variant accounted for almost all cases in Israel (98%), Russia (95%) and Australia (84%).

High vaccination rates can only mitigate the spread of the delta variant – emphasizes US CDC director Rochelle Walensky Note that the United States is facing an “unvaccinated pandemic”. In Israel, for example, where more than 50% of the population has been fully vaccinated since March 2021, the delta variant quickly became the majority strain in circulation from May 2021. The United Kingdom, another winner of the vaccine race , has more than 48% of the population was fully vaccinated on June 28, has seen 98% of its COVID cases come from the delta variant.

In the United States, from April to June, the percentage of people fully vaccinated nearly tripled, from about 17% on April 1 to 46% on June 30. However, with thousands of doses available for administration in the United States, the number of doses administered per day has been consistently descending since April 2021.

Everywhere in the West, vaccine hesitation – for example, only half of the French population mentionned they would get the vaccine or have already done so and up to a quarter of Americans decline the vaccine, even offered, continues to threaten an already fragile reopening. In July 2021, French President Emmanuel Macron took action to tackle vaccine reluctance and prevent a fourth wave by announcing that people would have to show vaccination certificates to enter many public spaces, including trains , airplanes, restaurants and cafes. However, such a move currently seems unthinkable in the United States where the Biden administration would have fears the political backlash that could result from the use of vaccine passports.

Nb. Due to the limitations of the data available in Our World in Data, the averages presented for the G7 and G20 are the best approximations. In the graph showing the percentages of cases that are the delta variant, no data was available for China, the European Union, or Saudi Arabia, and Canadian and Argentinian data was only available until May 2021. , which all affect the G20 value and, in the case of Canada, the G7 value. In the graph showing vaccination rates, no data was available for Australia, China, Saudi Arabia and South Africa, which affects the G20 value.

The director of the Center on the United States and Europe, Thomas Wright, presents the events, issues and potential developments to watch for in the coming months.

I am delighted to share with you the twelfth edition of the Trans-Atlantic Scorecard, a quarterly assessment of US-European relations produced by the Brookings Center on the United States and Europe, as part of the Brookings – Robert Bosch Foundation Transatlantic Initiative.

This is the second scorecard for the Biden administration and covers a hectic quarter. Putin dashed hopes for a stable and predictable US-Russian relationship with a large build-up of Russian troops on the Ukrainian border and tolerating waves of ransomware attacks by suspected criminal entities in Russia. Multiple leadership-level summits in June underscored President Biden’s commitment to restoring diplomatic ties with Europe and strengthening the competitiveness of democracies. From the agreement reached on a global minimum tax at the G7, to the increased focus on protecting democracy from “state and non-state actors” across the world, the heightened awareness of the United States has fostered a new tone. more ambitious in transatlantic relations. Getting this rhetoric translated into action will be a primary focus in the months and years to come.

A few points from this iteration of the survey are worth highlighting.

Following the summits, our survey pool saw the scores for all functional and bilateral relations increase, even in the case of relations with Russia and Turkey which only slightly improve. 100% of our group of investigators considered political relations between the United States and Europe to be positive. Majorities viewed security and economic relations as improving (64% and 57%, respectively), although a significant minority – almost 36% in each case – viewed them as trend neutral. Bilateral relations with France, Germany and the UK have all improved to nearly 7 on a scale of 1 to 10 in the last quarter. Although both remain weak, bilateral relations with Russia and Turkey also improved in the last quarter, with US-Russian relations improving by one point in the wake of President Biden’s face-to-face summit with the president. Poutine in Geneva.

Regarding topical issues, our poll group was divided over what kind of relationship with Russia might be realistic for the European Union and the United States: 50% disagreed with the sentiment that achieving stability and predictability was realistic, while around 21% believed achievable and almost 29% were neutral. Almost 47% believed that fears of a return of Trumpism to the White House in 2024 would not prevent European governments from investing in transatlantic initiatives, compared with 20% who thought they would and 33% who were undecided. Two-thirds of our pool of investigators believed it was too early to say whether the Biden administration had succeeded in rallying Europe to its Chinese policies.

As the end of summer and autumn approaches, the federal elections in Germany are on the horizon: after almost 16 years under the leadership of Chancellor Merkel, Germany will elect a new chancellor. Following the recent wave of ransomware attacks from Russia and the United States, the EU, the United Kingdom and NATO condemning China for “irresponsible and destabilizing behavior in cyberspace”, we will monitor how the transatlantic alliance works to improve cyber defense and set the rules of the road in cyberspace. We will also be monitoring how Europe is coping with the COVID-19 delta wave and whether the alliance can forge a common position on climate change ahead of the November COP-26 summit in Glasgow.

Thanks again for reading the Transatlantic Dashboard.

Monster Slayer is finally available for Android and iOS