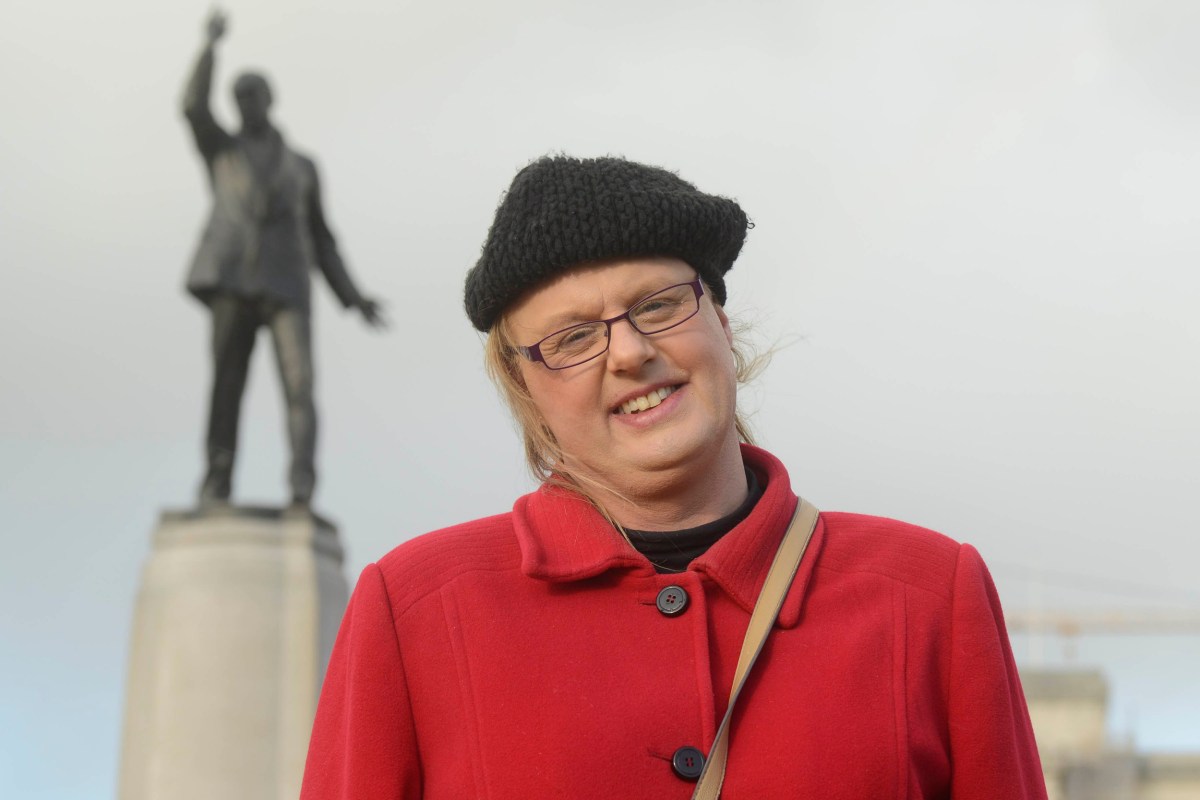 A TRANS activist called for a ‘Derry-Londonderry’ style solution to the explosive gender language debate.

Adrianne Elson spoke after concerns were raised about a recurring poverty bill in Stormont.

The SDLP-sponsored bill aimed at ensuring the free availability of sanitary products in public buildings dropped the reference to women.

In recognition of trans men and non-binary people, he instead cites “people” who have rules.

This controversial decision, in line with a growing body of official policy documents, is supported by many members of the trans lobby.

But it sparked fury amid claims that the language used is the latest example of ‘erasing women’.

She said: “It’s frustrating that this has turned into a war of words.

“I understand where women’s groups come from because they have worked hard for many years for equality.

“Personally, I think there is a compromise situation, as with Londonderry and Derry, where interchangeable terms are used.”

Ms. Elson’s suggestion would mean including the word women along with other terms.

She said: “I can’t accept people who say to women ‘this is what you’re going to have to get used to.’

“I don’t think it’s fair that trans people want our rights rather than the hard-won rights of other people.

“We should be looking for a solution that can fit most rather than just deleting the terms because it’s unfair.

“I think we (the trans community) have wanted and demanded respect for so long that it is spurious not to show respect.”

“THE TIMES ARE COMING TO WOMEN”

Speaking on BBC Radio Ulster’s Stephen Nolan Show On Tuesday, Maya Forstater of the Sex Matters lobby group said, “Periods happen to women and girls because of their gender.

“We have words for women and girls and we don’t need to replace them.

She said she believed the removal of female references was an attempt to ‘signal virtue’ in line with UK government and NHS material that talks about ‘pregnant people’ and ‘breast eaters’.

Ms Forstater said the SDLP bill was “not a way to be more inclusive for trans people, it is a way to change the language for everyone.”

Adrianne, who was born male, said the language should be inclusive but not at any cost.

She has faced complications and discrimination since she started living as a woman in her 40s and appreciates attempts to address these issues.

“I RESPECT THE REASONS”

Parent of twin babies, along with her transgender husband Michael, she became an activist after creating TransPrideNI.

She denounced an element of so-called gender-critical feminism that she said “dislikes anyone who is born male.”

Adrianne, 50, said: “I respect the motivations of some women’s groups when it comes to terminology, but part of the motivation for others comes from the ultra-TERF element.

It’s a term referring to the so-called radical trans-exclusionist feminists who some trans commentators say are staunchly prejudiced against their community.

On the other side of the debate are radical trans activists who have been looked down upon online for posting sometimes aggressive “anti-TERF” material.

Among their demands, in some cases, anyone who identifies as a woman should be able to play any female sport and use female locker rooms.

Adrianne said: “I’ve been feeling a bit shocked lately by what’s going on.

“The lockdown has fueled a lot of anger, for lack of a better word, and there has been an increase in hate incidents.

“There is always a danger that both sides will pop up the pudding.

“My concern is that this is where we are headed right now and that people are losing patience with transgender groups.

“I don’t think it’s fair to bulldoze people’s concerns and when it comes to locker rooms you just don’t know what some people have been through.

“But we have to be sensitive and pragmatic and find a way to include everyone.”

The SDLP and Party MP Pat Catney, who introduced the poverty bill, did not respond to a request for comment.