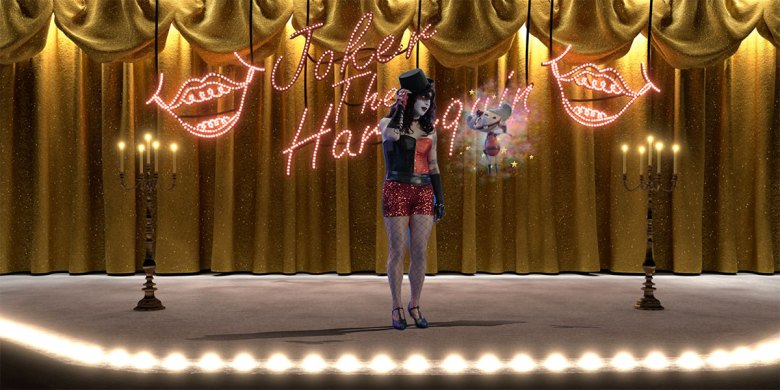 The trans origin story set in the Batman universe has not been licensed by DC or Warner Bros. Discovery.

“The People’s Joker,” an unauthorized film set in the Batman universe that reimagines the Joker via a trans origin story, has been pulled from the Toronto International Film Festival over “rights issues.” This is according to a message posted on the the festival ticketing page for “The People’s Joker”, informing attendees that all future screenings of the film would be cancelled.

The message on TIFF’s website reads: “The filmmaker has removed this film due to rights issues. We apologize for any inconvenience. Current ticket holders will receive an email from TIFF Customer Relations with information about their purchase. »

Directed by Vera Drew, “The People’s Joker” is not licensed by DC or Warner Bros. IndieWire has contacted representatives for the film, the festival and Warner Bros. for more comments.

The film, according to an official synopsis, follows “an unfunny budding clown who, after years numbing himself with irony and an inhalant called Smylex, struggles with gender identity, first love, and old enemies while founding an illegal comedy theater in Gotham City. This heartfelt and absolutely bonkers film features the work of 200 independent artists on three separate continents, all made during a global pandemic!

Also starring in the film, which was screened at the festival as part of its Midnight Madness lineup, is Chicago-born, Los Angeles-based director, editor and writer Vera Drew.

The film was first screened on Tuesday evening to positive reactions, but all subsequent screenings – including public presentations on Wednesday and Saturday and a press and industry screening on Thursday morning – have been cancelled. UTA represents the film in Toronto.

By varietyThe Canadian Press said Wednesday that during the Q&A after the screening, Drew spoke about editing scenes from Todd Phillips’ 2019 “Joker” on “The People’s Joker” that she included.

Warner Bros. Discovery and Todd Phillips are meanwhile hard at work on their own return to the Joker universe, with the sequel “Joker: Madness for Two,” which will go into production later this fall. The film reunites the director with Oscar winner Joaquin Phoenix in the title role, and this time he’s joined by Brendan Gleeson, Catherine Keener and, of course, Lady Gaga.

Register: Stay up to date with the latest film and TV news! Sign up for our email newsletters here.