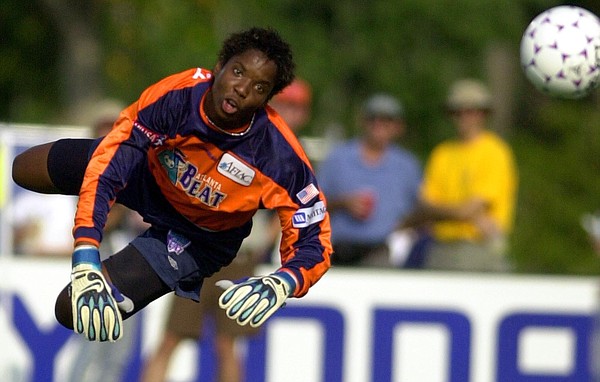 The United States Women’s National Team has not only enjoyed resounding success on the court, the players have also shown unabashed outspokenness, using their platform to champion equal rights for themselves and for others.

The team’s efforts to get fair pay finally paid off last week. The four-time Women‘s World Cup winners have reached a collective bargaining agreement with US Soccer that gives them the same salary as their male counterparts.

But the historic milestone was missed simply because women filed a discrimination lawsuit in 2019 or complained to the Federal Equal Employment Opportunity Commission in 2016. took decades.

Former goalkeeper Briana Scurry, who started in the team that won the 1999 World Cup, said the job of a national team player is first to be a talented player and a great teammate. But there has always been another element left unsaid.

“The second part is you have to understand that there is a standard of doing more than just being a footballer, you have to push the boundaries further and further, raise the bar in terms of equality,” Scurry said. “It was so clear to all of us back then that we deserved so much more than we got when we were the ones winning World Cups and the Olympics and bringing big name football to this country.”

• In 1995, a year before the Atlanta Games became the first Olympic Games to include women’s football, a group of nine players, including Scurry, Michelle Akers, Mia Hamm and Kristine Lilly, missed a training camp in a dispute over bonuses.

• Following the team’s memorable 1999 World Cup victory at the Rose Bowl, 20 of the team’s players refused to take part in a tournament in Australia. This led to the team’s first collective bargaining agreement.

Akers, who is part of the National Soccer Hall of Fame, said when the national team was founded in the 1980s, players received a $10 per diem and had to wear their own cleats to games. They received uniforms from the men’s team.

Out of necessity, it has become “part of the team’s DNA” for players to defend off the pitch, Akers said.

Over the years, the battles have extended beyond compensation.

Abby Wambach led a group of players in protesting artificial turf pitches at the 2015 World Cup in Canada, saying – rightly – that the men’s World Cup would never be played on fake grass. Players said the game is inherently different on grass and there is a greater risk of injury. The tournament went as planned, but the point was made for future World Cups.

Megan Rapinoe took a knee during the national anthem before two games in 2016 in solidarity with Colin Kaepernick, the former NFL quarterback who took a knee to draw attention to racial inequality.

At a game in Texas this year, a number of players wore armbands reading ‘Protect Trans Kids‘ hours after Governor Greg Abbott called for investigations into parents for seeking medical care. affirmation for their transgender children, equating them with child abuse.

One of the team’s most dramatic stances in favor of equality came in 2016, when five top players – Rapinoe, Alex Morgan, Becky Sauerbrunn, Hope Solo and Carli Lloyd – filed their complaints with the EEOC.

Dissatisfied with the lack of response, the women filed a gender discrimination complaint in 2019, just months before the team traveled to France and won the World Cup, prompting chants of “Equal pay !” fans celebrating victory.

The US Soccer Federation settled the lawsuit with the women for $24 million earlier this year and has pledged to work with men’s and women’s teams to equalize wages in the future. On Wednesday, the teams announced that agreements had been reached.

“We wouldn’t be where we are today without all the generations of women’s national team players that came before who decided to fight for the best,” Sauerbrunn said. “So much credit must go to them and I hope they are proud of what they have done because we wouldn’t be here without them.”

FILE – The United States team celebrates with the trophy after winning the Women’s World Cup final soccer match against the Netherlands at the Stade de Lyon in Decines, near Lyon, France, July 7, 2019. The U.S. Soccer Federation has agreed to historic collective bargaining agreements with its men’s and women’s teams, equalizing compensation for the first time. (AP Photo/Alessandra Tarantino, File) 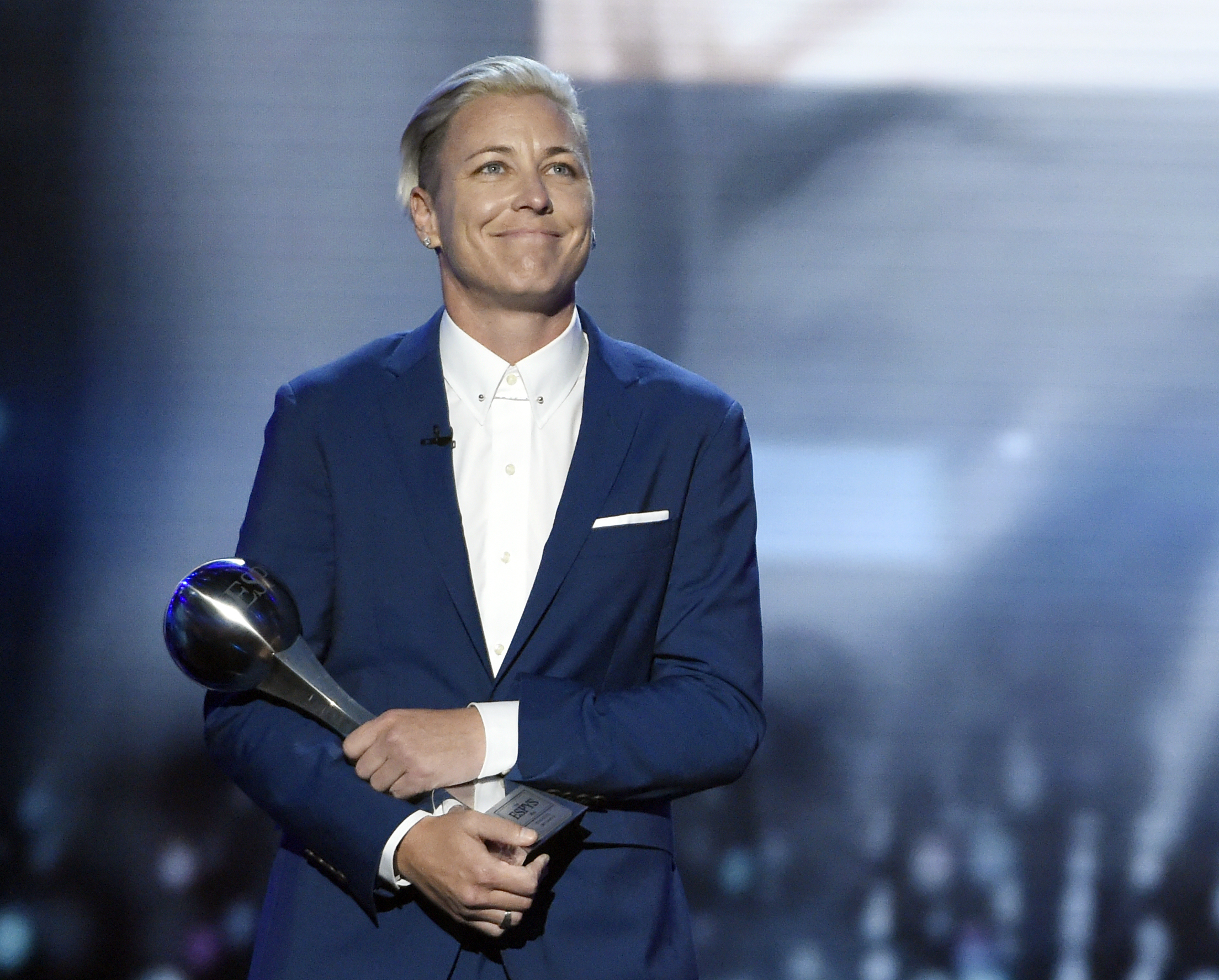 FILE – In this July 13, 2016 file photo, former U.S. soccer player Abby Wambach accepts an icon award at the ESPY Awards at the Microsoft Theater in Los Angeles. The United States Women’s National Team has not only been wildly successful on the field, the players have also been unapologetically outspoken, using their platform to champion equal rights for themselves and others. others. (Photo by Chris Pizzello/Invision/AP, File) 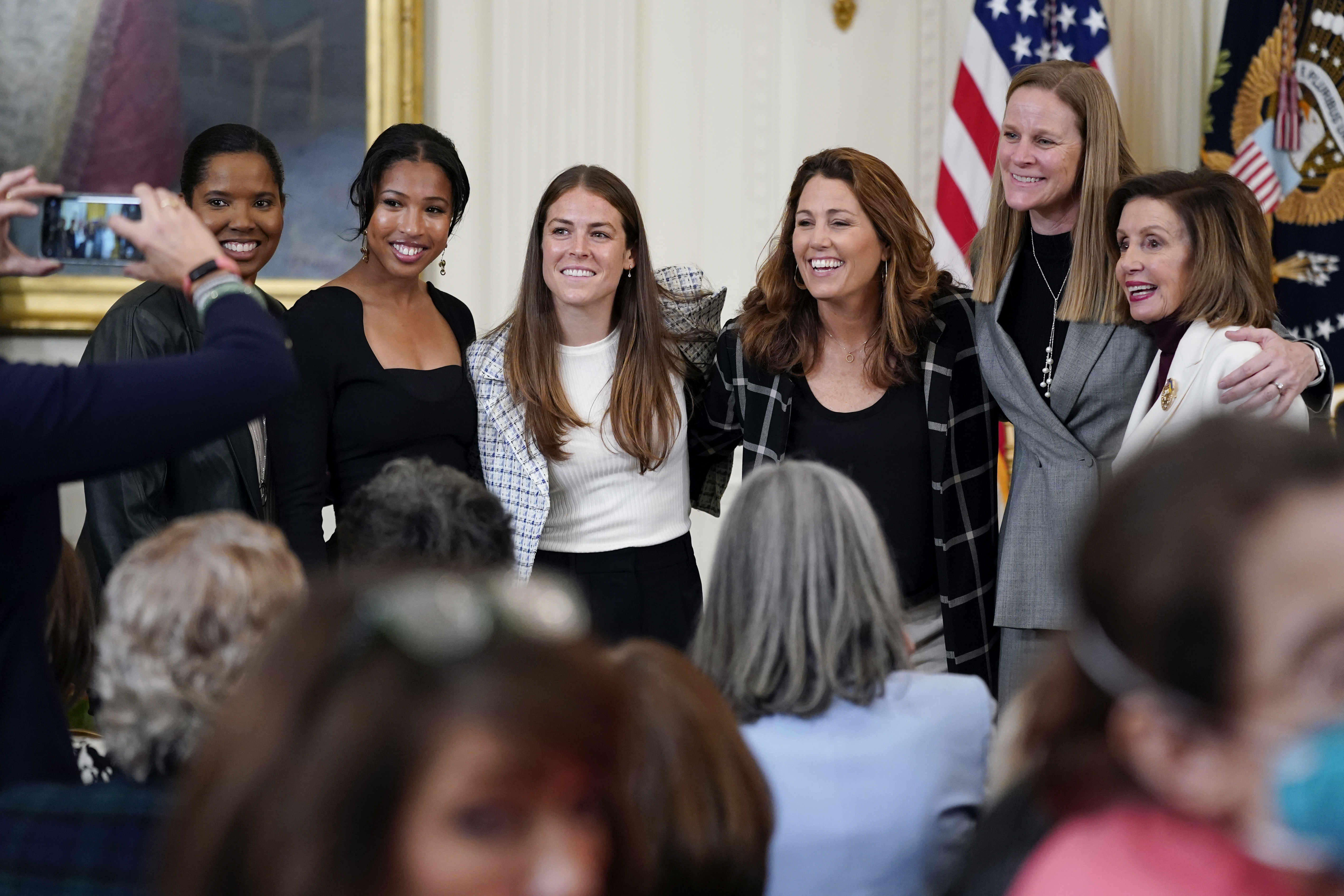