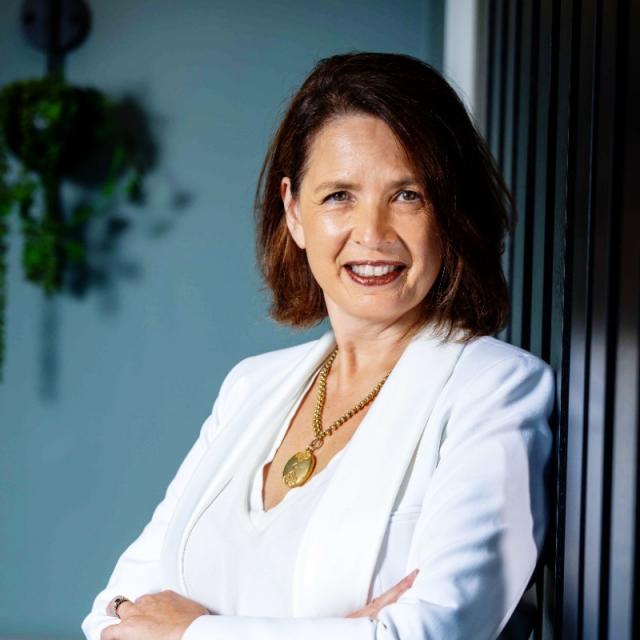 The Gender Equity Awards aim to inspire and inform

Business in Heels CEO Lisa Sweeney launched the Recalibrate Gender Equity Awards with one purpose: to recognize the good work done by organizations and individuals to advance gender equity in business and across work place. She speaks with Matt Hewson.

Geelong businesswoman Lisa Sweeney believes that by highlighting practical and effective actions by companies and their employees, the awards will inform and inspire more people to be a force for change.

“A big part of the awards is to find out what good looks like and get people talking about what they are doing that makes a difference,” Ms Sweeney said.

“Women who support women can only go so far. Gender equality is a community and societal issue, so we need to have roadmaps for everyone.

“A lot of organizations are doing really good things, so we thought these awards would be a great way to find out what they’re doing.”

She said these experiences helped raise awareness of the challenges many women face in the workplace.

“Probably the most pivotal moment for me was when I was in China and learning about the one-child policy and its impact on parents there,” she said.

“Parents voluntarily gave up their daughters because they didn’t believe the daughters could earn enough to keep them in retirement. It had never occurred to me before that women couldn’t earn so much.

“So after that I became much more aware of the issue, and by the time I was ready to leave the business, I knew I wanted to work to empower women.”

The Recalibrate Awards, to be held in Melbourne at the Crown on Wednesday November 16, will feature eight different awards, four each for organizations and individuals, which Sweeney says is important in broadening people’s ideas of who can make a difference .

“Individual awards allow us to look at the problem from a different angle,” she said.

“A lot of times you hear, what does the CEO do? But we’re also interested in what an employee can do, what middle or senior managers can do.

“We’re finding some really fabulous stories, it’s really exciting to get them out there.”

Ms Sweeney said many people, especially men, often don’t know how to be proactive in the workplace or how to respond to obvious gender inequality.

“I know right now some men feel uncomfortable even having conversations about it because they don’t know what the right line to take is,” she said.

“Many organizations now run bystander intervention training, so if you see bad behavior you know what to say. Often when something happens, everyone is too shocked to know how to react.

“If people have a background, they know they can say, hey, that’s not in line with our values, you should reframe or take that down. It’s about not making the victim the only person responsible. for reporting bad behavior.

Ms Sweeney said the barriers women face in business and in the workplace not only harm them, but also society and the economy at large.

“There is evidence at all levels that having more women in the workforce, more women involved in decision-making, better representation, companies make better decisions and are more profitable” , she said.

“If you talk to any employer in Australia, they are crying out for more employees, but it seems like they can’t find qualified employees.”

“At the moment in Victoria there are something like 27,000 women who would like to be employed, but for reasons like childcare it is cheaper for them to stay at home and look after the children. .”

Ms Sweeney said removing these barriers to employment would allow Australian employers to access the rich resource of highly skilled and highly skilled women who were currently underutilized, and the Recalibration awards helped Business in Heels uncover opportunities. organizations that do just that.

“Cotton On in Geelong has just launched a crèche for their head office which is a really cool way for them to make their team members feel more comfortable working longer hours,” he said. she declared.

“Coulter Legal also had one of the first part-time female partners, which was a real no-go zone for the legal industry.

“And we have companies like GMHBA encouraging job sharing even at the management level, which is a really good way to get more women back into the workforce.”

Ms Sweeney said her work was a constant source of satisfaction, but there was still a long way to go in the fight for gender equality.

“We work with women every day to help them gain the confidence to get pay raises or push for a promotion and embark on the career they want to have,” she said.

“We help businesses grow and become more profitable. So we all love the work we do on that side.

“There are a lot of organizations prepared for this, but unless we approach this as a community it is going to be very difficult.

“We don’t aim for women’s equality at the expense of me, we want everyone to be equal, people to be equal and a level playing field.”

Nominations for the Recalibrating Gender Equity Awards are open until Thursday, September 1.

Patricia Arquette is always fed up with women who come last