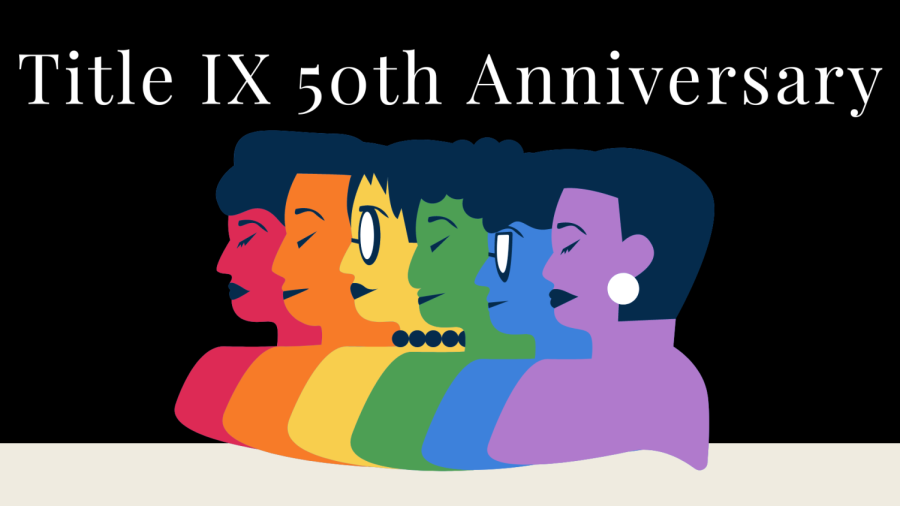 The Egyptian Daily | 50 years with Title IX: Where are we really?

The passage of Title IX in 1972 guaranteed many women the freedom to participate in many athletic and academic programs without gender discrimination being a barrier.

According to the U.S. Department of Health and Human Services, Title IX prohibits sex discrimination (including pregnancy, sexual orientation, and gender identity) in any financially assisted educational program or activity. federal.

Title IX paved the way for many young women to be able to compete, receive scholarships, and be recognized for their achievements in sports programs and teams, as well as in universities.

Statistics from the Women’s Sports Foundation show that at the college level, there was an increase of 29,977 female athletes from 1971 to 1972. In 2020-2021, 215,486 female athletes were on competitive and sponsored sports teams in under the NCAA.

At the high school level, substantial growth has been seen in the participation of young women in sports, rising from 294,015 positions to more than 3 million in 2019. That same year, young women made up 43% of high school varsity athletes.

“We always invest a lot more in our men’s sports than in our women’s sports, for example, that can be a big factor,” Armstrong said. “On the other hand, I know we’re pretty inclusive. There are transgender athletes on our swim team who are recognized for the gender identity they are.

Thinking about Title IX, the most often mentioned aspect is what it does to address discrimination in sports, even though it affects all education programs that discriminate against women.

“We invest a lot of money in athletics and so not only do the administration, faculty, staff and students see some of it, but even people in the community see what’s going on at the athletic level,” said Armstrong.

Armstrong said that, compared to when Title IX was first put in place, the law gives women equal educational opportunity with much-needed improvements still to be made.

“I think there’s still a long way to go when it comes to sexual harassment, as well as sexual orientation and gender identity,” Armstrong said.

Armstrong said one of the biggest things Title IX got rid of for women is the quota system.

“There was a time in the history of our country when it was assumed that women could not go to school because, if a woman uses too much energy with her brain, her uterus will not be healthy” , Armstrong said. “This is just one more step to show that women are fully capable of engaging in education at the same level as men.”

In the area of ​​sexual harassment, Armstrong thinks improvements can be made in things like the training students must take at the start of school.

“Some people like me, I try to get into it to really understand it and break it down, but I know some people just click through it,” Armstrong said. “I think there has to be something maybe more engaging that will make people want to also say okay, here’s a very serious problem.”

Armstrong said she knew her protections as a woman at SIU as a student and faculty member.

“One of the things we try to make sure [of] is, “what are your protections as a student when it comes to sexual harassment,” Armstrong said. “Also, as graduate teaching assistants, ‘what do we need to do to make sure our students are also safe?'”

Armstrong realizes that one of the difficulties students struggle with is asking for help when something happens to them.

Ensuring students know about services that can help them would go a long way to ensuring they take that extra step to feeling safe at SIU, Armstrong said.

“In the case of sexual assault, for example, there are so many additional services that the average student doesn’t know that are starting to kick in and that you can access, just because you came forward,” said said Armstrong.

She said she personally knows people on campus who have felt discriminated against at the SIU and who have protocols in place to raise their concerns in a safe and comfortable manner.

The SIU has Title IX Office of Equity and Compliance Coordinator Paul Frazier and several Title IX Campus Advisors to ensure equality is instilled on campus.

Staff reporter Jamilah Lewis can be reached on [email protected].