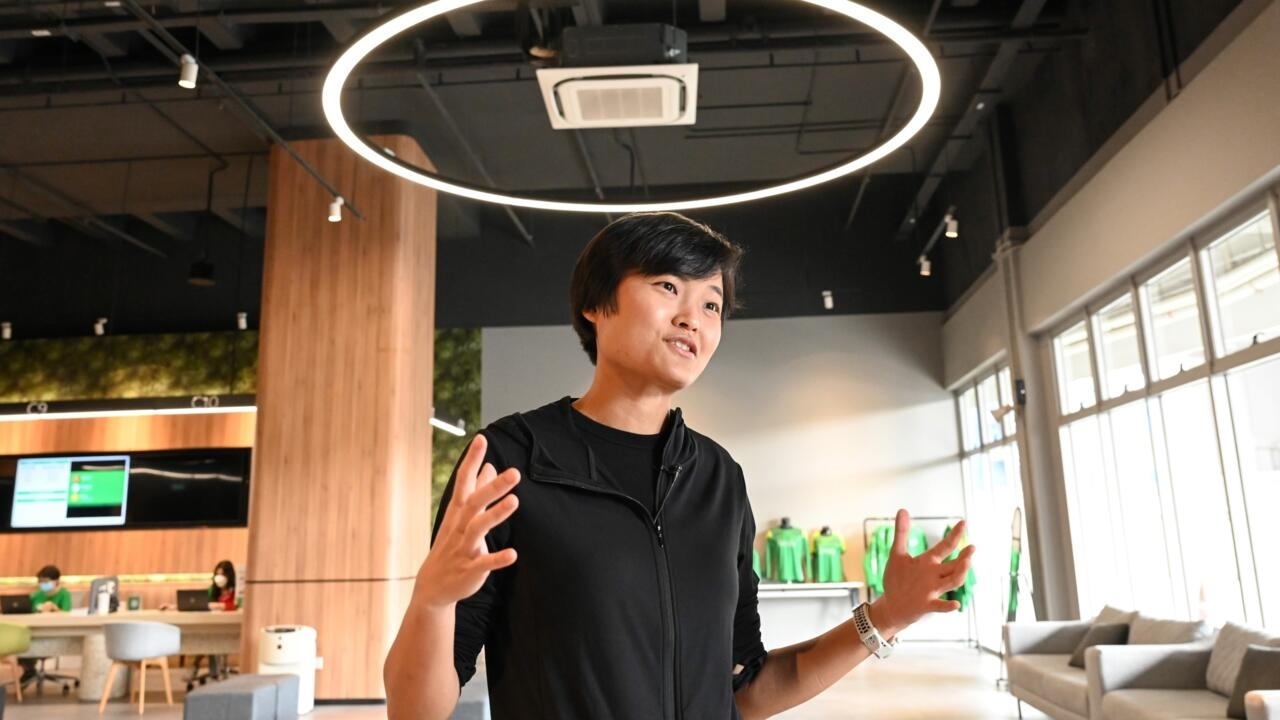 The co-founder of tech giant Grab leads the way

Singapore (AFP) – As the co-founder of Grab, a multi-billion dollar ridesharing and food delivery company, Tan Hooi Ling is already breaking stereotypes in tech, but she’s also trying to blaze a trail for the next generation. of women entrepreneurs in the industry.

This month, the company announced it would increase the proportion of women in leadership positions to 40% by 2030 – up from 34% currently – and is committed to ensuring equal pay.

The key weapon in its arsenal for gender equality? Data.

“Right now we have monthly and quarterly reports that help us determine how many female grabbers we have on different teams to make sure there’s no unintended bias and if our parity salary is equal.

Globally, technology companies suffer from a serious gender imbalance, with a study by consultancy Accenture and the NGO Girls Who Code showing that the proportion of women working in the sector is now lower than in 1984.

Tan co-founded Grab, headquartered in Singapore, a household name in Southeast Asia, in 2012 and now oversees hundreds of engineers.

She hopes to be a catalyst for change in the male-dominated industry.

She insists that she was not discriminated against when starting her business, but acknowledges that others have.

“That’s the role I hope to play – to help create more of those environments where I was lucky enough to grow up,” she adds.

But industry experts say the tech faces significant challenges in its bid for gender equality with reports of sexism and toxic cultures in some companies.

A total of 44% of female tech founders said they had been harassed, according to a global survey by the NGO Women Who Tech, which interviewed more than a thousand people.

Last year, an Alibaba employee claimed she was sexually assaulted while on a work trip by her manager and a client. The Chinese e-commerce giant fired the manager, but later the police dropped the case and the employee was also fired.

And in the United States, video game giant Activision Blizzard is being investigated over accusations that the company condoned a culture of sexual harassment and discrimination.

For the climate to improve across the sector, critics say tackling the gender imbalance is vital.

In Southeast Asia, 32% of the tech workforce is female, higher than the global average but still lower than 38% in other industries, according to research by the Boston Consulting Group.

According to UNESCO’s 2017 report Cracking the code: girls’ and women’s education in STEM, only 35% of students studying these subjects in higher education globally are women.

“We believe in ‘normalizing’ women in tech. It starts with exposing women to lots of examples of women who have built their careers in tech,” Tan says.

Girls should be motivated to take courses such as software development and data science to contribute to change, she adds.

“We need to help break that bias,” she argues, adding that ensuring a fair hiring process and female representation on interview shortlists is crucial.

Grab’s role in growing Asia’s gig economy has created opportunities for women who may not have been able to join the workforce before, Tan suggests.

“Not everyone in the world can do a nine-to-five, five-day-a-week job. Some of them need flexibility because they’re moms, they’re parents.”

Tan adds that companies need to improve conditions for working mothers to ensure there is no brain drain of female talent.

“Being a working mother isn’t easy. And whether it’s in technical roles or just general management roles, I think we need to be more empathetic to the situations they find themselves in and seeing if there are ways to do that, you know, helps, again, to break down the biases.”

Tan grew up in a middle-class Malaysian family, the daughter of a civil engineer. She studied mechanical engineering in the UK, before joining McKinsey in Kuala Lumpur.

She then studied for an MBA at Harvard, where she met Antony Tan – no relation – and the pair came up with the idea behind Grab. He is now CEO of the company.

A decade later, the company is now worth around US$10 billion and offers services ranging from digital payments to courier deliveries.

Operating in diverse markets, from the developed and orderly Singapore to the congested streets of Jakarta and Manila, the company faces unique challenges.

Tan, who has followed Grab’s drivers and spent time in the complaints office trying to learn all about the company, describes herself as the company’s “plumber”.

And her company’s local knowledge helped her beat Uber in the region’s ride-sharing battle, and she bought the Southeast Asia operations of its American rival in 2018.

The company faces challenges. Since its IPO on the Nasdaq stock exchange last year, the company has lost nearly three-quarters of its value after reporting a drop in profits.

Despite the short-term challenges, Tan says Grab is committed to developing talent “for multiple generations” and hopes women will play a leading role in the tech industry in the future.

“It’s taken generations for women’s empowerment to change and she’s on the right track, but it will take some time,” she says.

“I think we’re all in a better position to have more diverse teams, as well as diverse leadership teams.”

Will the California State University Board of Trustees, facing its own “moment of crisis”, act on Sakaki?

Our new parliament will have a record number of women – will this finally make it a safe place to work?