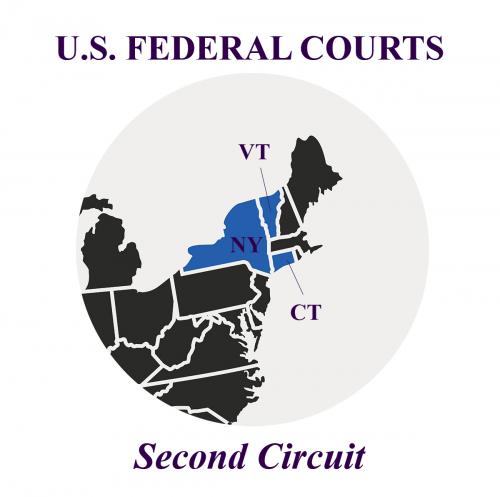 A recent case brought by female physicians against Yale University highlights the difficulty of separating an academic medical center from a university when assessing the scope of Title IX of the Education Amendment Act of 1972.[1] Title IX prohibits discrimination on the basis of sex in â€œany program or educational activity receiving federal financial assistanceâ€. 20 USC Â§ 1681 (a). The Connecticut District Court’s finding that academic medical centers are subject to Title IX reflects a growing trend among the courts and highlights the legal exposure of affiliated teaching hospitals.

The complainants – all female physicians in the Yale Department of Anesthesiology and involved in the hospital residency program – alleged that their supervisor sexually harassed them by “making inappropriate and sexualized comments, touching and making them. forcibly kissing, and professionally punishing them for talking. “[3] The offensive behavior was similar to all women and included, for example, the following: unwanted hugging, kissing and touching; whispered sexual advances, especially when alone with women; and aggressive behavior and professional retaliation following rejected advances.[4] According to the plaintiffs, Yale and the hospital “turned a blind eye” to the actions of the supervisor and instead elevated him to the position of vice president of diversity, equity and inclusion for the department, despite repeated complaints about the supervisor’s own behavior.[5]

The defendants requested that the plaintiffs’ suit be dismissed on various grounds, including: (1) Title IX does not apply to the hospital, an entity “not primarily engaged in the field of education”; (2) Title IX does not provide for a private remedy based on sex; (3) the applicants have failed to establish that the hospital had “actual notice of the alleged wrongdoing”; and (4) many of the women’s relationships with an educational program or activity were â€œtoo weakened to qualify them for Title IX coverageâ€.[6]

The court found that the plaintiffs have pleaded the facts sufficiently to demonstrate that the hospital – a teaching hospital that receives federal funds for its residency program – is subject to the requirements of Title IX. In rejecting the hospital’s argument that academic medical centers are not post-secondary institutions, the court noted the “clear comment given by the Department of Education that” Congress did not exempt academic medical centers that receive federal Title IX financial assistance â€and aâ€œ factual determination â€is required to determine the applicability of Title IX.[7]

To assess the educational nature of the Hospital’s residency and scholarship programs, the tribunal considered a series of factors that federal appellate courts have used to determine the “educational nature” of a program or activity. :

program structure, including instructor participation and inclusion of formal exams or assessments; whether tuition fees are required; the benefits conferred by the program, such as degrees, diplomas or other certifications; the â€œmain objectiveâ€ of the program; and whether the regulators accrediting the institution â€œconsider it to be educational in natureâ€.[8]

With these factors as a backdrop, the following allegations, among others, convinced the court to conclude that the Hospital is subject to Title IX:

Employees of educational institutions can sue for sex discrimination under Title IX, although they also seek remedies under Title VII

The tribunal also considered whether Title IX provided for a private right of action in cases of employment discrimination based on sex – an issue not yet addressed by the Second Circuit. In the absence of a decisive precedent, the court approached its analysis on the basis of the main objective of the private right of action in Title IX: it is an â€œenforcement tool used to hold establishments against ‘teaching responsible for their actions’.[10] As such, the â€œeducational nature of the employer, and not the position of the litigant, determines its applicabilityâ€.[11] The court ultimately interpreted Title IX “to the extent intended by Congress” and ruled that “employees of educational programs can sue their federally funded employers for discrimination on the basis of sex, including retaliation, although they can also seek redress through prosecution. under Title VII.[12]

The potential overlap between Title IX and Title VII private rights of action did not deter the court as “the enforcement mechanisms of each law apply to different categories of employers and serve independent purposes.”[13] Specifically, Title VII provides individual employees with a means to challenge discriminatory actions by their employers, while Title IX “encompasses both individual redress and system-wide compliance by recipients of federal funds.” .[14] The court therefore rejected Yale and the hospital’s argument that Title IX does not allow a private right of action for employment discrimination based on sex.

Attempts by Yale and the hospital to evade responsibility by blaming the other for failure to report Title IX violations have not worked any better. To succeed under a Title IX claim, a claimant must demonstrate, among other things, that “the educational program or activity was deliberately indifferent to the alleged discrimination”.[15] The hospital insisted it was not made aware of the supervisor’s abusive behavior because the complainants did not file any complaints or only informed Yale staff and faculty, rather than hospital staff.[16] Yale made the same arguments, alleging that the plaintiffs did not file a complaint or only complained to members of the Hospital Staff.

The complainants, on the other hand, alleged that they filed complaints with people who were employed by both Yale and the hospital and were authoritative people at both establishments.[17] Additionally, the hospital employee handbook instructed residents and fellows to file harassment complaints through Yale. Because “the two institutions could be at fault”, the court refused the dismissal on these grounds.[18]

The relationship between a university and an academic medical center is complex, and the boundary between the two institutions is not always clear. As courts increasingly find that Title IX applies to academic medical centers, universities and teaching hospitals should strive to promote policies to properly handle complaints of discrimination and reprisals arising from residency programs. and stock market. Implementing a robust system to assess such upstream claims will help avoid disputes that would otherwise be difficult to successfully defend with a motion to dismiss in light of the factual determinations necessary to assess the connection between a university and a university medical center.

[2] The plaintiffs also pursued various claims in state law, including gender discrimination and retaliation in violation of the Connecticut Fair Employment Practices Act, Connecticut Gen. Stat. 46a-60, and tort claims for assault, battery and invasion of privacy. Identifier. to 1.