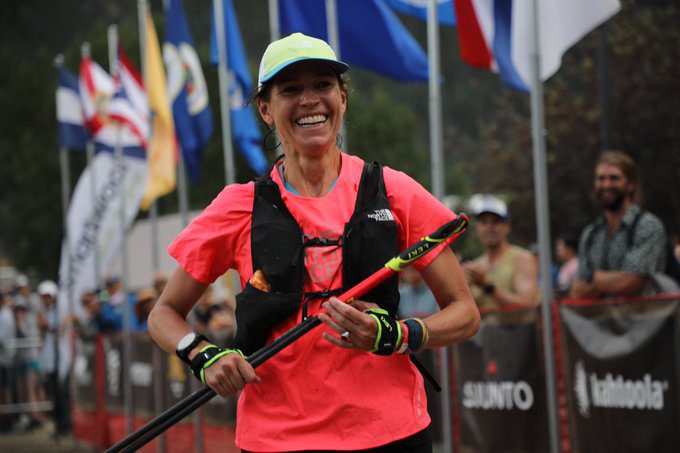 Stephanie Case on Hardrock 100: “I loved the camaraderie between the female athletes”

from Canada Stephanie Case was on everyone’s Hardrock 100 watch list before the race even started. The accomplished athlete finished the Hardrock 100 in 33:52:40, second woman to Courtney Dauwalter, who set a course record in 26:44:38; Case was 19th overall. She says she is drawn to “seeing what her absolute limit is” and in 2021 she was the first woman to complete the 450km Tor des Glaciers race in Italy (and third overall).

An elite ultrarunner, human rights lawyer and gender equity advocate, Case is also a North Face Explorer. We caught up with her to learn more about the Hardrock experience.

You balance a busy career and advocacy work with your training: what does a typical training week look like for you?

To be honest, my training really wasn’t what I expected, but that’s pretty normal for me! With the start of a new job in March in the Middle East, work had to take priority and I was traveling quite a bit in the region.

There have been a few weeks where I barely ran once or twice indoors on a hotel treadmill in Beirut or a short run dodging traffic in Amman, but I was grateful to have two full weeks in Chamonix before the race. This period was critical to remind the legs how to go up and down! I also summited 4000m for acclimatization, which in the Alps involves crampons and ice axes, and stayed up high in a hut.

What kind of fuel did you use to cross Hardrock 100?

Not sure I should be a nutrition role model, but happy to share (ha!). I always buy tons of food and pack a lot of variety in my carrier bags, and I barely touch it. I like to eat real food on the run – like avocados, pizza, and bacon – but they’re obviously hard to digest when you’re working really hard at altitude.

For Hardrock I tried to eat as much as I could (which wasn’t much) from the valley feed stations as I wasn’t really able to swallow anything above about 3400m. For the high sections, I sucked on a lot of ginger candies and tried to get some calories from my drink.

OK, that might sound arrogant, but I really didn’t find it that difficult. My last race, the Tor des Glaciers, was 450 km and 6.5 days, so in that respect, 100 miles and 34 hours is really not bad! What I loved was the camaraderie between the female athletes. I really felt like we all pushed and supported each other, and really wanted everyone to succeed.

The three best women of @hardrock100. Such an honor to share a few miles with Hannah Greene and catch up @courtdauwalter (after the race 😅) on his course record! Most women in the race this year so far. Let’s continue like this! pic.twitter.com/e4uPquNyJG

The best moments of the race?

Is this a trick question? Finishing? To joke. I have a few moments: take a shot of “special sports drink” (mezcal) at the pit stop at Kroger, watch Hannah Green bomb the descent from Grants Swamp Pass, through Handies and through town to the finish.

The most difficult times?

Crossing Handies Peak, the highest point of the course at 4,300m, was brutal. I had already vomited so I went there exhausted. And the mountain had the nerve to take us up, down into a bowl, then back up, which didn’t show on the dark silhouette of the mountain in the moonlight. I will never forgive him!

What’s the next step for you?

I’m going to take a friend to the Tor des Géants who will try it for the first time! She has accompanied me and so many others every year in this race and it will be an absolute privilege to help her reach the finish line so she can experience it for herself.

You were part of the Hardrock Equity Committee that tackled the traditionally low number of women entering Hardrock and created a new policy. What can you tell us?

It’s no secret that Hardrock has always been male dominated and the lottery system has been criticized for keeping the “old boys” club alive. However, it is essential to recognize the willingness of the board to consider other perspectives, opportunities for change and policies to promote growth. The policy proposed by the equity committee, approved by the board of directors, contributed to the most women in the race this year.

We need to celebrate and encourage this, and find other opportunities to keep the positive momentum going. Some might prefer to boycott the race rather than its policies, but I think it’s counterproductive to do so WHEN we see a change in the right direction.

Gender equality issues (and other equality issues) are not unique to Hardrock – they are endemic to our sport. The best way forward is to listen to each other and work together to promote understanding and inclusiveness.

During the Tors des Glaciers de Case race, she was raising money for her charity; called Free to Run, its mission is to empower women and girls to safely and boldly engage in outdoor pursuits in conflict-affected regions. The North Face recently released a film about Case organizing an all-female running expedition in Afghanistan.