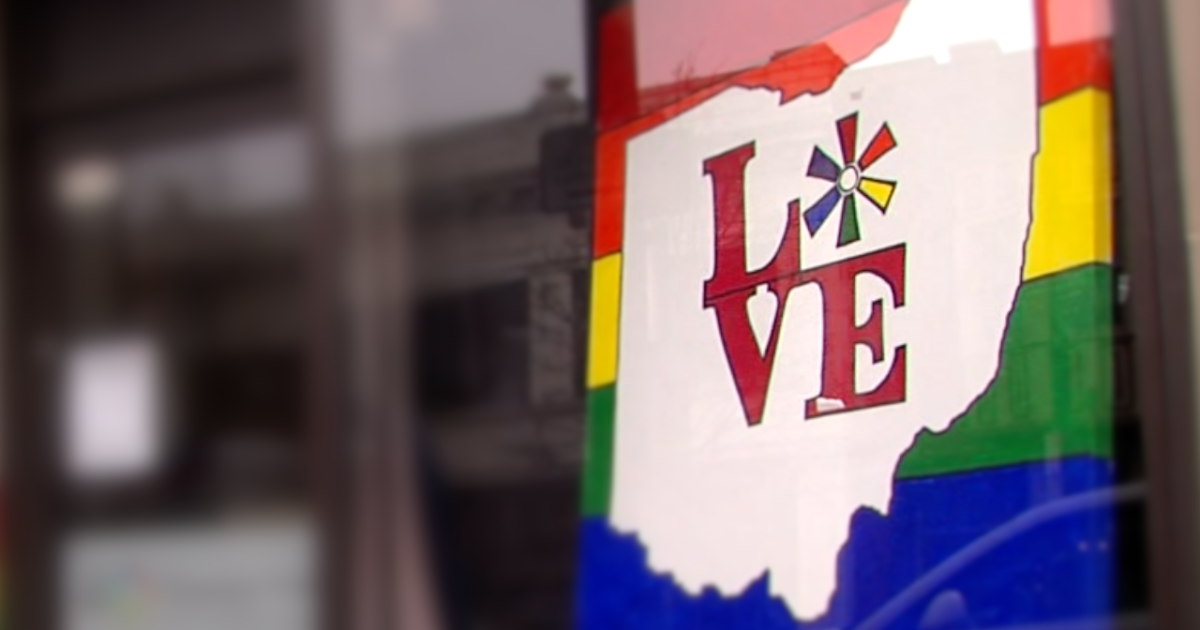 COLUMBUS, Ohio — As the state continually proposes legislation that LGBTQ+ advocates say is discriminatory, a bipartisan group of lawmakers are challenging those bills and trying to push forward Ohio’s equity law.

Just a week after Republican lawmakers passed a bill that would require genital inspections for any female high school or college athlete who is “accused” or “suspected” of being transgender, reaction to the bill has brought Ohio and News 5 coverage to the spotlight on cable news networks, late night talk show circuits and national newspapers.

Ohio is one of nearly 30 states without protections against LGBT discrimination, according to data collected by Freedom for All Americans. This means that it is technically legal in most parts of the state to discriminate against someone based on their sexual orientation or gender identity or expression.

“Ohio needs to go in a different direction than what we’re going right now,” said State Sen. Nickie Antonio, a Democrat from Lakewood. “These kinds of bills that are hateful and set us back are not going to be the kinds of policies that make people want to come here, raise a family, put down roots.”

The Northeast Ohio Democrat is the only openly gay lawmaker, and she said now is the time to introduce laws that welcome people into the state.

“Depriving us of the full depth and breadth of protections and equality for no reason other than who we are and who we love is not right,” she added.

The Ohio Fairness Act is not new. It has been presented at every General Assembly for at least 20 years, this time making the 10th attempt – six of the 10 are by Antonio.

There is more support this time.

Senate Bill 119 and its counterpart, House Bill 208, are currently pending, stalled in committee. The Senate version was presented by Antonio and State Senator Michael Rulli, a Republican from Salem; the House version by state Representatives Michael Skindell, a Democrat from Lakewood, and Brett Hillyer, a Republican from Uhrichsville.

“It offers protections in housing, employment and in the public sphere,” Antonio said.

Three years later, SCOTUS sided with a Colorado baker who refused to bake a wedding cake for a gay couple, citing the First Amendment allowing him to refuse the couple, based on their religious beliefs.

“It’s a law for public accommodations, but there’s nothing fair about a bill that will end up discriminating in the name of discrimination against millions of Ohioans and their opinions,” said Linda Harvey, ultra-conservative Mission America activist.

Colorado baker Jack Phillips has been targeted by cancel culture for having his own opinions, she said.

“Cancel culture” is when someone is challenged, and sometimes punished, for what is perceived as “problematic” behavior.

“The LGBTQ movement and the Equity Act want to try to position this as something fair,” Harvey said. “It’s totally discriminatory and, in some ways, frankly, fascist.”

Asked by News 5’s Morgan Trau what was fascist about it, she cited the “reframing of language” in the constitution to include gay people in non-discrimination laws.

“[Lawmakers are] give that level of influence to the misbehaving LGBTQ movement,” she added. They want to redefine the language as it currently exists in Ohio law so that sex discrimination, wherever sex discrimination appears, it will magically mean that there is a defense of homosexual behaviors and confusion of genres.

Freedom of religion was one of Harvey’s most important points.

The law could lead to more lawsuits, she added.

“I don’t have any evidence of that, but it does appear that some of the incidents across the country – the baking of the cakes and all that – were carefully engineered to provoke their excuse for a trial,” the curator said.

She didn’t have statistics to prove that cities in states that have LGBT non-discrimination ordinances have more lawsuits.

Harvey also spoke out in favor of the Save Women‘s Sports Act, which passed the Ohio House by putting the language into an entirely different bill at the last minute.

“All of these bills, I think are dog whistles,” the Democrat said. “It creates a very hateful and bigoted situation.”

The Legislator refers to numerous bills, including but not limited to:

Divive Concepts or the “Both Sides” bill, HB 327 and 322, which would prevent schools from teaching on arbitrary “controversial topics”. The bill’s sponsor told News 5 it means the Holocaust will be taught from “both sides,” including from the perspective of “German soldiers.”

Ohio’s version of Florida’s “Don’t Say Gay, Don’t Say Race” bill, as educators, activists, and Democrats call it, because it uses the same language in Divisive Concepts but explicitly states to control and curb discussion of sexuality or gender in schools.

“Do we want to bring Ohio back upside down and into a superstitious, old-fashioned world, demonizing a small group of people who need our care and support, not our hate and bigotry?” asked Anthony. “Or do we mean, let’s be reasonable people.”

When it comes to the transgender athlete bill, Senate Speaker Matt Huffman, a Republican from Lima, seemed to cautiously take the middle ground.

“I would love to have audiences on this and not drag it under the door as everyone walks out and says, ‘Why haven’t you done anything? ‘” Huffman said. “The problem, I would like to deal with and solve by the end of the year, and whether it is through Bill 151 or by a Senate bill or some other vehicle, I don’t know.”

The chair goes on to say that there is a fundamental fairness issue that needs to be addressed.

“I’m certainly sensitive to what the bill is trying to do,” he added. “I’m also sympathetic to people it may affect.”

Like all of these issues, he said, there are nuances and that’s why “moving floor amendments in unrelated bills are a bad way to do business.”

As for the language on genital inspection, Huffman said he had no opinion on that, because it’s not his specialty.

“It’s the kind of stuff you need to sit on, you have testimonials, you work out the details, you talk to experts,” he added. And in all honesty, me trying to answer this question is exactly what I’m criticizing others to do, which is to just go ahead and vote – you really don’t know exactly how this is all going happen.”

None of the bills will be heard again until the fall.