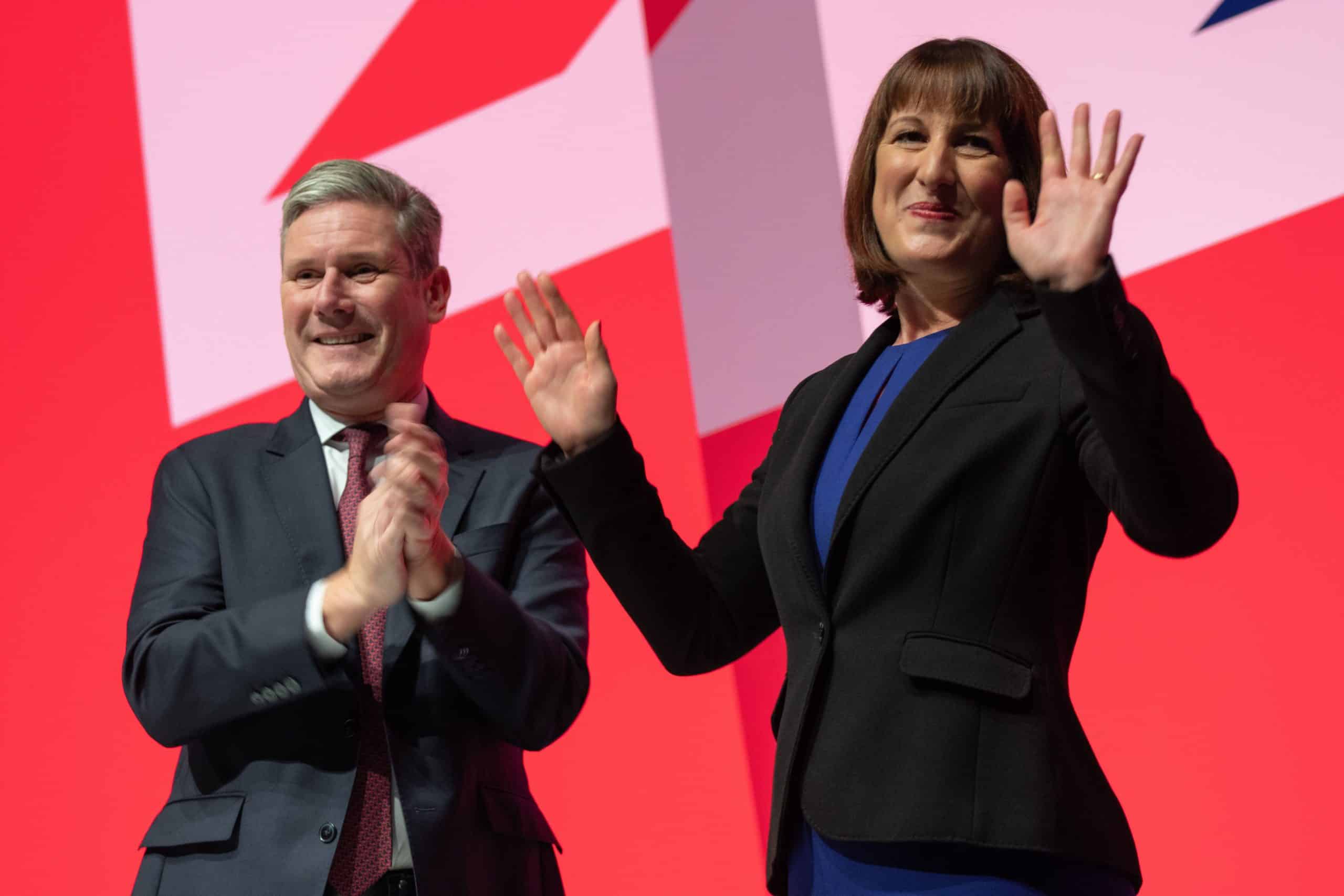 Starmer still needs to sort out his wife problem

Sir Keir Starmer’s fortunes have changed so rapidly following the Tories’ self-immolation that he is now making a virtue of the inconveniences that once made him ineligible.

Just over two months ago the Labor leader had to defend himself against accusations from his own colleagues of being boring and failing to enthuse the public.

Now, after his well-received speech at his party conference in Liverpool and suddenly commanding a 33-point lead in the polls over Liz Truss’ Tories, he can’t be wrong.

It’s time for Mr. Boring, Starmer said in a TV interview on Wednesday. People want ‘a serious politician, a serious Prime Minister’ with a ‘prudent, competent and confident plan to lead Britain through this crisis’.

And voters agree, with 44% saying the Labor leader would make the best prime minister, compared to 15% for Truss, according to YouGov.

But as Starmer has No 10 firmly in his sights and pivots Labor to likely electoral success, he has a major problem to deal with: his wife problem.


Every Saturday:
Read the week’s most read articles on politics, business and geopolitics
Receive exclusive offers and invitations
Plus uplifting cultural commentary

At least half of his potential voters are women who have traditionally looked to Labor to safeguard their interests. But under Starmer’s guidance, they can be forgiven for feeling abandoned.

At this year’s conference, groups campaigning for gender-based rights – such as the Labor Women’s Declaration and the women-led voluntary organization FiLiA – were banned from holding booths.

The groups claimed, with good reason, that women with dissenting views on gender identity were silenced by the party.

Labor has struggled with its approach to gender policy as it tries to balance the demands of extremists in its ranks with the protection of women’s rights.

Labor supporter and author Joan Smith said in an article on UnHerd that a ‘substantial number of women’ who desperately want an end to Tory rule have been rebuffed from voting for Labor because of its fixation on trans rights.

Last year, Canterbury MP Rosie Duffield, who chairs the Women’s Parliamentary Labor Party, was forced to stay away from her party’s conference after threats from trans fanatics.

Her crime was, as she put it, ‘knowing that only women have a cervix’ and insisting that people born male but identifying as female should not have access to single-sex spaces, such as rape shelters, locker rooms and prisons.

Although Commons Speaker Lindsay Hoyle intervened on his behalf, warning that elected officials should be able to appear publicly without “fear of prejudice”, there was shameful silence from his party leader.

The fact that Starmer seemed confused about female biology, saying Duffield was wrong to say that only women have a cervix, will have alarmed the majority of ordinary Labor voters who are unaware of cultural hotspots. current.

His difficulty with basic science is shared by the women on his front bench. Earlier this year, Labour’s shadow minister for women and equality, Anneliese Dodds, asked on BBC Radio 4’s Woman’s Hour for a definition of a woman, saying: ‘It depends on the context.’

And Yvette Cooper, the shadow Home Secretary, refused three times when challenged in a Times Radio interview to give a definition of the word.

Little has changed since 2019 when, under Corbyn, Labor women were forced to meet furtively at an unofficial side event at the party conference in Brighton to avoid intimidation from activists in the rights of trans.

The women, who are part of Woman’s Place UK, said they had come under ‘persistent attack’ from fellow Labor Party members, and they accused Labor representatives and campaigners of ‘continuing to engage in bullying behavior “.

What happened to the solidarity of the party that once fought for equal pay for women and sex discrimination laws?

Recently, Starmer showed signs that he might have a backbone. He was quick to call MP Rupa Huq’s comments about Kwasi Kwarteng being a racist “superficially black” and suspend her from the party.

And his handling of relations with Deputy Leader Angela Rayner has demonstrated growing political maturity since he froze her as party chair last year. What was mutual antagonism seems to have turned into mutual respect, albeit reluctantly, with Starmer acknowledging Raynor as an electoral asset rather than a liability.

But as leader, he is the one who must steer the party through the treacherous waters of the transgender agenda.

Labor has pledged, if in government, to reform the Gender Recognition Act to allow transgender people to identify as a different sex than they were born.

Whether Starmer likes it or not, the fallout from this debate and the erosion of women’s rights under his leadership will become an election issue and he will have to confront his female critics.

For now, however, the party which, unlike the Tories, Lib Dems, SNP, DUP, Sinn Fein, Plaid Cymru and the Greens, has never elected a woman leader, cannot even define what is a woman.