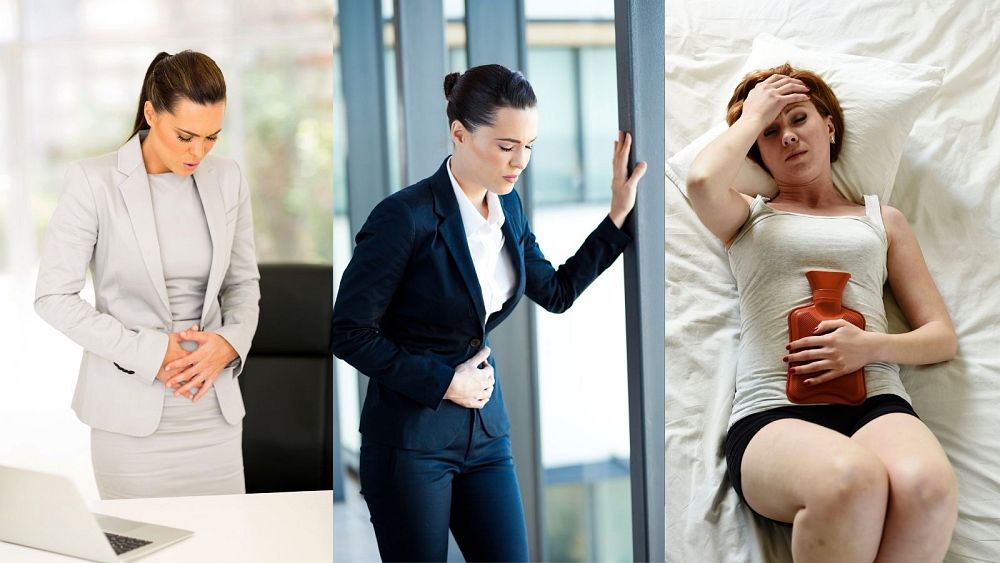 Spain could become the first Western country to allow women to take several days of ‘menstrual leave’ at work every month under a new bill to be introduced next week.

The Spanish government is expected to approve the measure as part of a broader reproductive health and abortion rights bill, details of which are expected to be released on Tuesday, according to state media.

The proposed law would introduce at least three sick days per month for women who suffer from severe menstrual pain, according to the newspaper El Pais.

The newspaper reports that this “medically supervised leave” could even be extended to five days for women with disabling periods who suffer from severe cramps, nausea, dizziness and vomiting.

Worldwide, menstrual leave is currently only offered in a handful of countries, including Japan, Taiwan, Indonesia, South Korea and Zambia.

According to the Spanish Society of Gynecology and Obstetrics, about a third of menstruating women suffer from severe pain called dysmenorrhea.

“When the problem cannot be solved medically, we think it is very logical that there is a temporary incapacity associated with this problem,” said Ángela Rodríguez, Spain’s Secretary of State for Equality and Against Discrimination. gender-based violence. told the newspaper El Periodico in a recent interview.

“It is important to clarify what a painful period is, we are not talking about mild discomfort, but about serious symptoms such as diarrhea, severe headache, fever,” she added.

This periodic leave proposal is not a done deal and has caused some controversy in Spain.

The country’s left-wing coalition government itself is said to be split over the plan. As the far-left Podemos pushes for this, some socialists have expressed concern that menstrual leave could backfire on women by discouraging employers from hiring them.

Cristina Antoñanzas, deputy secretary of the UGT, a major Spanish union, even warned that the decision could “stigmatise women”.

“We believe this issue is complex and not being adequately addressed,” she said, calling for “women to be seen as workers with the same rights as men.”

In a statement to the Europa Press news agency on Thursday, Economy Minister Nadia Calviño, a socialist, said several draft plans were still under discussion.

“Let me repeat it very clearly, this government believes in gender equality and is absolutely committed to it and we will never adopt measures that could lead to the stigmatization of women,” Calviño said.

The bill would also reduce VAT on feminine hygiene products in stores and make vintage products available free of charge in schools and educational centres.

According to El Pais, this would make menstrual health part of the right to health for Spaniards, and he clarified that “stereotypes and myths about menstruation that still exist and that hinder women’s lives will be combated”.

The health bill would also guarantee the right to seek a free abortion in the country’s public health system and remove the requirement for 16- and 17-year-olds to obtain parental consent for the procedure.

“How to break down the barriers against women” | The Guardian Nigeria…