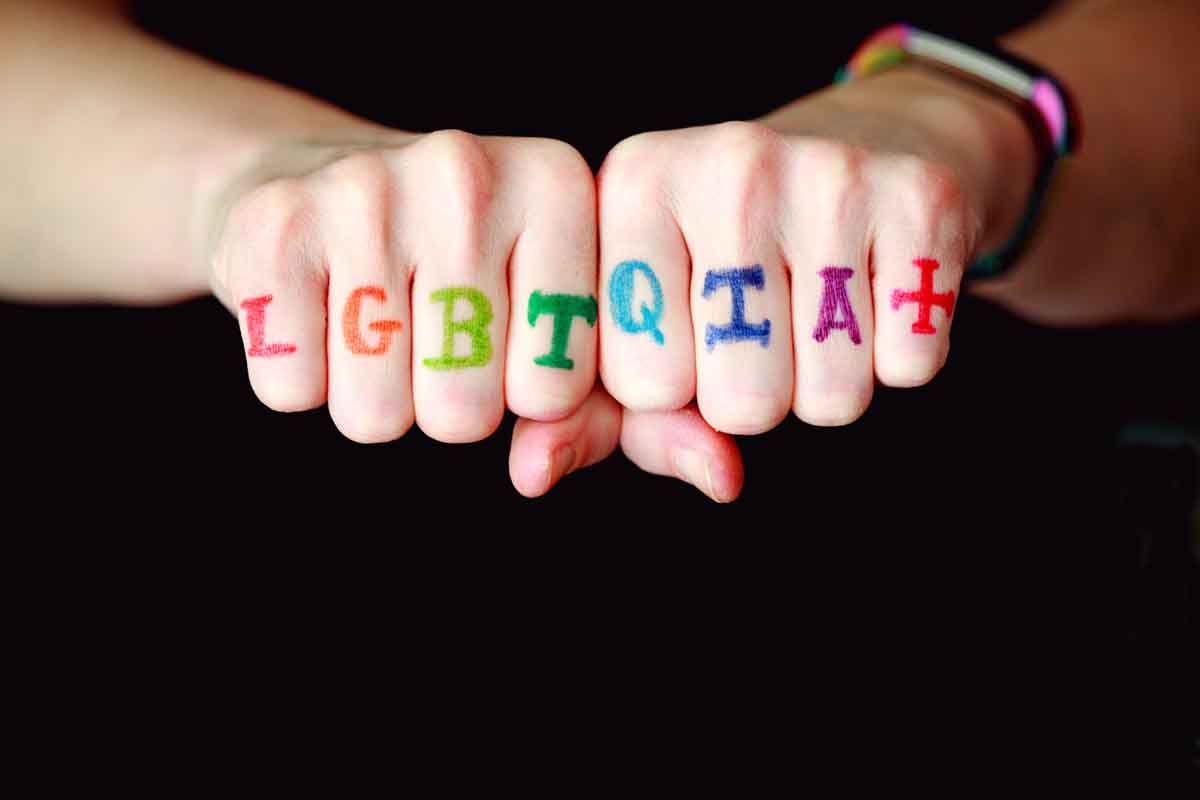 Sonoma County Queer High Schoolers Have Their Own Homecoming

June is Pride Month, and therefore the perfect time for gay high school kids in Sonoma County to get together for a fairy tale-themed prom.

On Saturday, June 11, the Barlow Market district in Sevastopol will be transformed into a mystical, magical and totally inclusive fairy tale forest in which gay teenagers can frolic freely. Presented by the West County High School Gender and Sexuality Alliance (GSA), Positive Images, LGBTQ Connection and the Sonoma County Library, SoCo Queer Prom 2022 is an inclusive, neuro-sensitive queer celebration of authenticity and fun, for 14-18.

The idea arose at the start of the school year in 2021, when Bobbi Rose, Laguna High School outreach therapist and counselor with the West County District GSA, asked GSA students what their priorities were.

They asked for three things: a teacher and staff training session on LGBTQIA+ education and inclusion, one for Sonoma County parents, and a queer ball. Then they set to work to make those goals a reality, both in their weekly meetings and outside of school, including fundraising at the farmers’ markets in Sevastopol and Occidental. The GSA successfully lobbied and got permission to hold the requested trainings – and Soco Queer Prom is the icing on the cake in their sundae of initiatives.

It was not easy. In a conversation with Rose last week, I learned how much these kids and their supporting allies still have to push, even in 2022, even in West County.

“This is a small minority of the high school population, so having a prom specifically for their community is hugely meaningful,” Rose said. “They don’t feel represented at this school and they faced a lot of discrimination.”

Rose told me of a case during Valentine’s Day, in which a GSA student’s Progress Pride flag was found in the urinal the next day.

“Our signs are disfigured, demolished. Swastikas are drawn on our leaflets. It’s tough,” Rose said.

I was shocked to hear this, but Rose is all too familiar with real-time bigotry and discrimination.

“It’s so easy to think that discrimination doesn’t exist, but the stories I could tell you about the kind of discrimination that happens in our high school [are] heartbreaking. The problem is that adults who don’t identify as LGBTQIA+ don’t see what I see or hear what I hear on a daily basis because our queer students don’t feel safe talking to them. Rose said.

Even teacher training took months to move mountains. Originally requested in January, the workshop – a two-hour event – was not approved until April, and students are still pushing for curriculum reform with more history and queer representation.

The feeling of marginalization is what the gay students of the GSA at West County High are done with. Feeling compelled to move in a group to feel safe, being afraid to fully express themselves, or attending a prom—West County High once had its official prom—with their partner without backlash. .. this kind of anxiety pushes people to the margins, where they draw less attention to themselves and are less likely to have a negative interaction. No high school student, no human being in general, should feel that the way they express themselves is cause for hateful retaliation.

To that end, Queer Prom is for gay students, and while the allies are there — siblings, chaperones, and staff — the event is for and about the LGBTQIA+ population.

“For two years, these students, already confronted with difference and the search for their identity, have been isolated and unable to connect with each other. This event is a space for them to reconnect happily without even the thought of hostility, or the cishet [cisgender heteronormative] population inadvertently taking up too much space,” Rose said.

It’s their prom, and it’s gonna be a fairy tale. Literally.

Positive Images, a local nonprofit that has been hosting gay proms for decades, is more than excited, according to program director Jessica Carroll.

The partnership with West County GSA, LGBTQ Connection, and the Sonoma County Library makes this the biggest queer prom event they’ve ever hosted. For months, the groups planned everything from fundraising and donations to volunteers and entertainment. For Carroll, one of the best parts of the process was visiting West County and other GSAs in person to spark excitement and energy in young gay men.

“We have assembled an incredible group of volunteers, many of whom are our friends and families. Everyone is committed to creating a beautiful space for our young queer people to have a truly amazing experience,” Carroll said.

Carroll and many of the other participating adults know the value of this prom, because it’s one they didn’t have in their youth.

“As someone who grew up in Sonoma County and couldn’t go to prom with who I really wanted, to be able to give the young people we work with the space and the opportunity to be themselves authentic and beautiful at the ball is everything.”

“We’ve been having proms for a while, but obviously the pandemic has pushed that. And honestly, the mental health of our young people has declined dramatically over the past two years – they haven’t had a chance to see themselves as queer people in the world. And it’s a chance for them to come together and celebrate. And for students who don’t feel safe at a regular prom, this is their place,” Crawford told me.

It is exceptional to see the outpouring of support for gay youth in West County, and equally moving to see the courage, courage and power of young people themselves. While this event wouldn’t be possible without Positive Images, LGBTQ Connection, and the Sonoma County Library, it was born from the hearts and minds of high school students who don’t want to miss the unprecedented joy of a big party and don’t don’t want to compromise. of their identity to experience this joy. This prom glows with the mystical, inimitable glow that comes when courage, love, and authenticity collide. The magic has been done, the spells have been cast and June 11 is their fairy tale.

All students between the ages of 14 and 18 can attend the SoCo Queer Prom. Buy a ticket at https://bit.ly/socoqueerprom. To support the event, donate at www.gofundme.com.

OTHER PRIDE EVENTS THIS MONTH

The 36th annual Sonoma County Pride Celebration returns to downtown Santa Rosa after a two-year pandemic-induced hiatus. This year’s theme: We are a family! It’s about reuniting after too many times apart, celebrating and having a moment of love and pleasure.

The annual GayDar celebrations are back! Come join the reunion for an evening of dance and drag with DJ Ron Reeser and drag host Lola Hernandez and her drag sisters Maria Twampson and Shania Twampson from Reno. It’s the family ! Get ready to dance the night away.

Join McEvoy Ranch for live music, olive oil and wine tastings at the Ranch Milk Barn, overlooking rolling hills of olive trees. Live storytelling experiences, with special guests who will share their experiences in the LGBTQ+ community, and share an open-mic story! The theme for the storytelling event is “Out On The Ranch”, celebrating stories of coming out.

A portion of the proceeds will be donated to Sonoma County Pride, of which McEvoy Ranch is a proud sponsor.