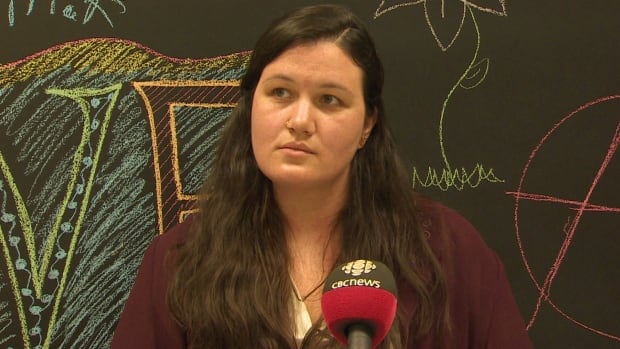 Poverty is a major contributing factor to the sexual exploitation of young people in Newfoundland and Labrador — exploitation that is chronically underreported, according to the Coordinator of the Coalition Against the Sexual Exploitation of Youth (CASEY).

The group’s coordinator, Amnesty Cornelius, said the organization sees exploitation happening when young people have no access to transport, are homeless or have substance abuse problems.

“There is a huge power dynamic between a young person who is exploited, who has an unmet need, and someone who is able to meet that need and has the funds and the resources to support it,” Cornelius said. .

Cornelius said exploitation in Newfoundland and Labrador is less likely to happen through organized crime — which is more prevalent in provinces like Nova Scotia. Instead, she said it happens in family units and small social circles — including typically tight-knit rural communities — and often via social media.

“In order to effectively address this issue, we need community-based responses to issues identified by the community, which is a bit different from what we see when we see, like gang involvement or organized crime,” said- she declared.

Cornelius said concerns about police response, retraumatization by the justice system, and power dynamics between victim and perpetrator all contribute to underreporting.

“Coming forward to report this is huge, very difficult, and the systems work against people with these experiences. So there’s a lot of work to be done in response to that, more than just saying here’s some more money, but also how our systems perpetuate this problem,” she said.

According to Statistics Canada, only a fraction of sexual offenses come to the attention of law enforcement, and child sexual exploitation is even more likely to go unreported.

Input from people with lived experience

“We know people in our communities have this experience and we know they know what is needed to better deal with it and prevent it,” she said.

Minister for Women and Gender Equality Pam Parsons said her office is funding CASEY “to equip them, of course, with the resources and tools that they need to do this very important work.”

The organization receives $62,100 a year in government money plus donations – enough to cover Cornelius’ salary and some operating expenses. Cornelius said she would like to see government funding increase to $100,000 a year — enough to add more staff, like a peer navigator, and expand their reach to more communities.

CBC News has asked the Office for Women and Gender Equality for comment.

Earlier this year, another Thrive program specifically helping victims of sexual exploitation between the ages of 14 and 29 was forced to downsize after federal funds ran out. Thrive chief executive Angela Crockwell said she had submitted funding requests to the provincial government — including the Office of Women and Gender Equality — but had received no commitments.

The path to a fair Australian workplace