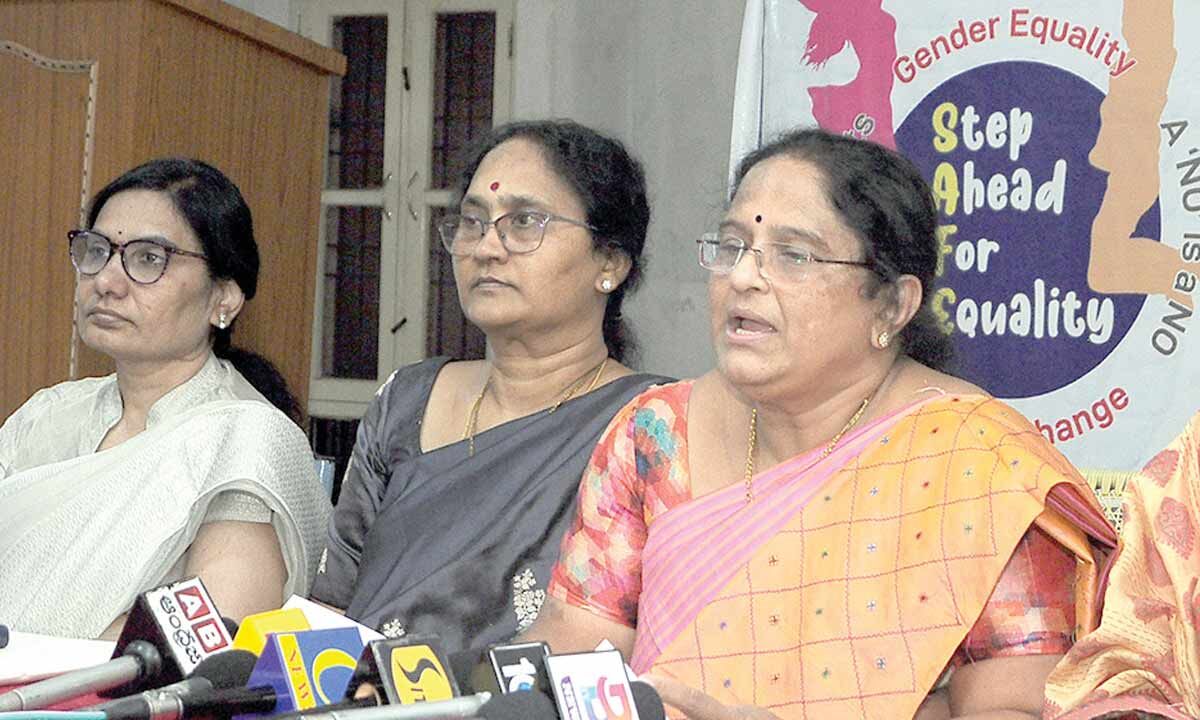 Vijayawada (NTR District): Deputy Commissioner of Police Vishal Gunny will inaugurate the 2K march at the Indira Gandhi Municipal Corporation Stadium on Friday, which is organized by Step Ahead for Equality (SAFE) to bring gender equality into society, SAFE President Gullapalli Jyotsna has informed. .

Addressing a press conference here on Wednesday, Jyotsna said that even 75 years after independence, gender discrimination has been practiced in various forms. “There has been a steady increase in crimes against women over the past few years. Attempts are made to bring women back to the kitchen. The 2K march is meant to raise awareness among men and women, students and young people about the need for gender equality,” she said.

Informing that the theme of the march is “Protection of women is a social responsibility”, Jyotsna called for gender equality to start at home.

She said the march would pass through Mahatma Gandhi Road, Tikkil Road and end with a meeting at Siddhartha Auditorium.

NTR District Collector Dilli Rao and other prominent citizens would address the meeting at the auditorium, she said. So far, more than 2,000 men and women have registered online to participate in the March. She called on citizens to participate in the march to express their solidarity with the movement to bring gender equality to society.