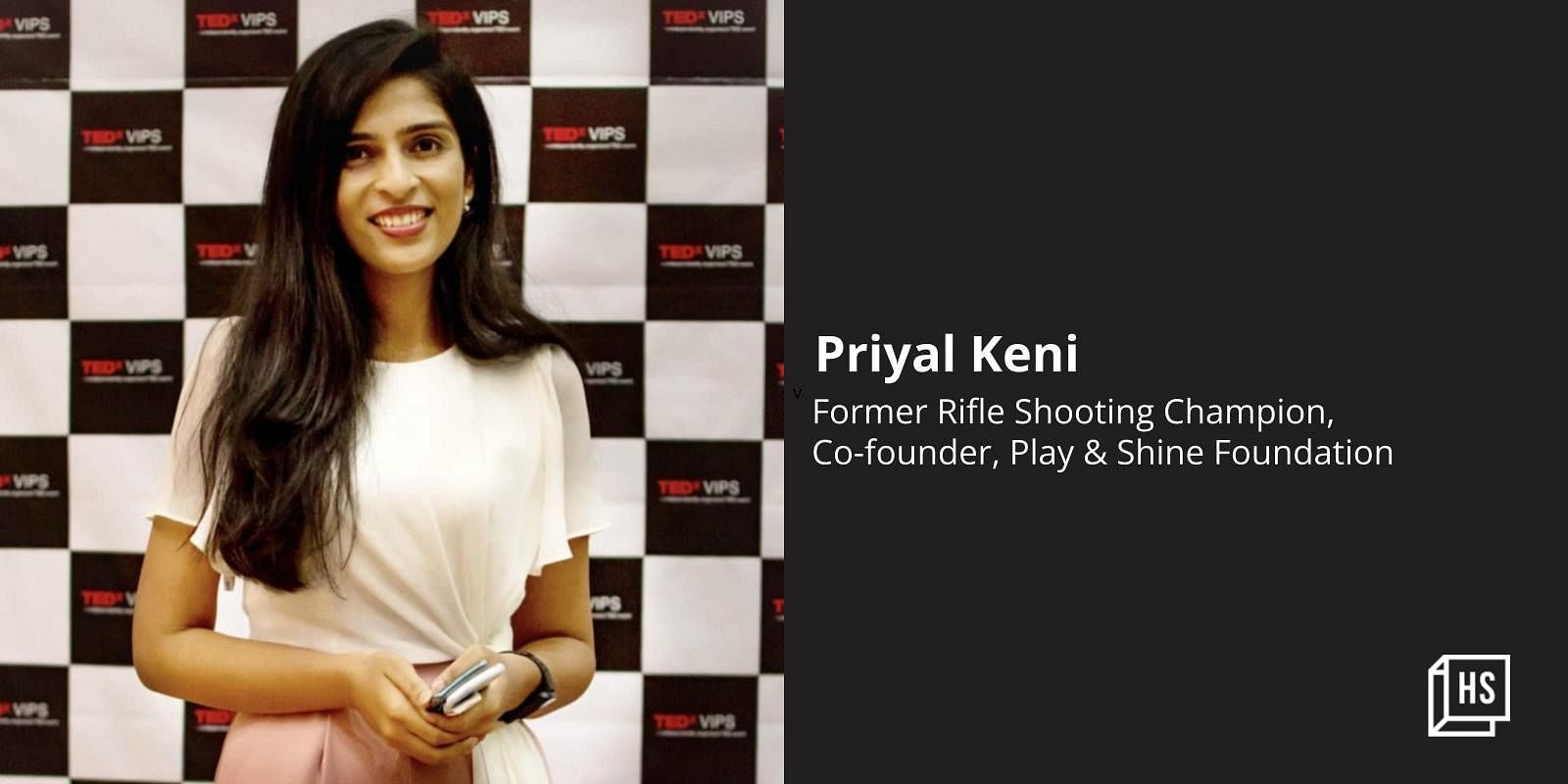 Rifle shooter Priyal Keni started the sport in 2008, when she was just 13 years old. When she represented India at her first international shooting competition in Germany aged 16, the visit was eventful in every way.

“According to the laws at the time, at 16, I couldn’t travel with a licensed firearm. There were a lot of additional permissions that had to be taken by the state association, the national body and the German authorities to allow someone else to carry my gun,” recalls Priyal, who spent four five hours a day practicing at the shooting range.

Holding a 6.5kg rifle in the scorching heat of Mumbai and working to hone her technique was quite different from competing in cold, snowy Germany in fiercely competitive conditions, but the experience only left her more determined than ever.

Since that first competitive event, Priyal has represented India at several international tournaments, been part of India’s shooting team and competed in World University Games and World Championships. She has won 117 medals to date and broken three national records.

However, long before she got into the sport, Priyal’s experiences with community volunteerism had a lasting impression on her growing up years.

“My school, Bombay Scottish, offered many volunteering opportunities and I had the opportunity to get involved. So, after completing my CA studies, I felt like I had time to pursue the social impact industry,” says Priyal.

Accompanied by shooter Sarthak Vani, Priyal launched Play and Shine Foundation in 2019, a non-profit association aimed at building a sports culture. Through their foundation, Priyal, Sarthak and a host of other volunteer athletes support, educate and mentor public school students in Maharashtra through sport. The foundation aims to reach over one million students by the end of 2023.

“A year before the foundation was launched, Sarthak and I approached a few public schools in the area. These schools did not have facilities or infrastructure for dedicated sports lessons for their students. We told them that we were sports people who wanted to start an initiative to teach children more about sports and that we could start with weekly sports sessions,” recalls Priyal.

Although their work began informally and without a solid plan of action, the children’s evident interest and energy drove the team forward. In 2019, during the official launch of the foundation, Priyal and Sarthak were joined by a network of sportspeople from different fields. The organization also has a psychologist and a physiotherapist on board who volunteer their services as needed.

In 2020, Play and Shine Foundation collaborated with Teach for India (TFI) and the Tata Sustainability Group. With the former, Priyal’s organization launched a sports literacy and sports mentorship program for children. The program has been specifically designed to contribute to the physical and cognitive development of underprivileged children.

Shortly after the combination with TFI in 2020, the COVID-19 pandemic broke out.

Calling the period difficult, Priyal says, “We had spoken to a few TFI scholars to start working with their classrooms, but the pandemic hit and everything fell into limbo. For two months we tried to figure everything out in the face of such impending uncertainty. Then one day we decided that if the rest of the education system has moved to an online model, let’s try to replicate sports education in an online model as well. And that’s how we launched online sports education sessions.

According to her, the sessions opened her eyes to the level of sports knowledge at the local level.

“The children we worked with had no exposure to sports other than cricket. During the assessment, we found that very few students could name a sportsman other than Sachin Tendulkar or Virat Kohli. Even fewer could name two or more sports they knew about,” she says.

After completing their task, Priyal and his team started by talking to the students about various sports and athletics, eventually covering more than 15 types of sports. “We used to share a lot of inspirational sports stories with them, and we also taught them yoga and meditation.”

Beyond raising awareness, there was also the question of logistics when it came to the digital literacy of disadvantaged people. Working with BMC Schools in Mumbai, the team realized that although many children had access to mobile devices, their own or their parents’, it was not easy to maintain the model.

“We launched a survey asking what day and time of the week worked for everyone, and weekends were unanimously preferred. It just happened that at the beginning of the month, attendance was high. But by the end of the month, the data packs were running out and kids couldn’t join a session. Then we started recorded sessions,” says Priyal.

Currently, nearly 50 athletes and volunteers are working voluntarily for the foundation.

Since 2021, the foundation has started working offline again with children in their schools. Seeing an increase in screen addiction, Priyal enlisted a psychologist and a physiotherapist to share their contributions.

“Now that things have started offline, we want to offer as many activities as possible. These children have already been at home for two years. On weekdays, our volunteers go to schools and follow sports training workshops or sports education, depending on what the schools specifically want us to focus on. Some schools actually select the students and tell us that this cohort is interested in football and that we would like to organize a football or gym session for them says Priyal describing a typical day now.

The former athlete turned social entrepreneur has her hands full, as Priyal also works as a certified account consultancy.

Four months ago, Priyal was invited to be one of eight Generation Equality allies with UN Women India. The Generation Equality campaign demands equal pay, equal sharing of unpaid care and domestic work, an end to sexual harassment and all forms of violence against women and girls, health services that respond to their needs and equal participation in political life and decision-making. in all areas of life.

Stephanie Case on Hardrock 100: “I loved the camaraderie between the female athletes”