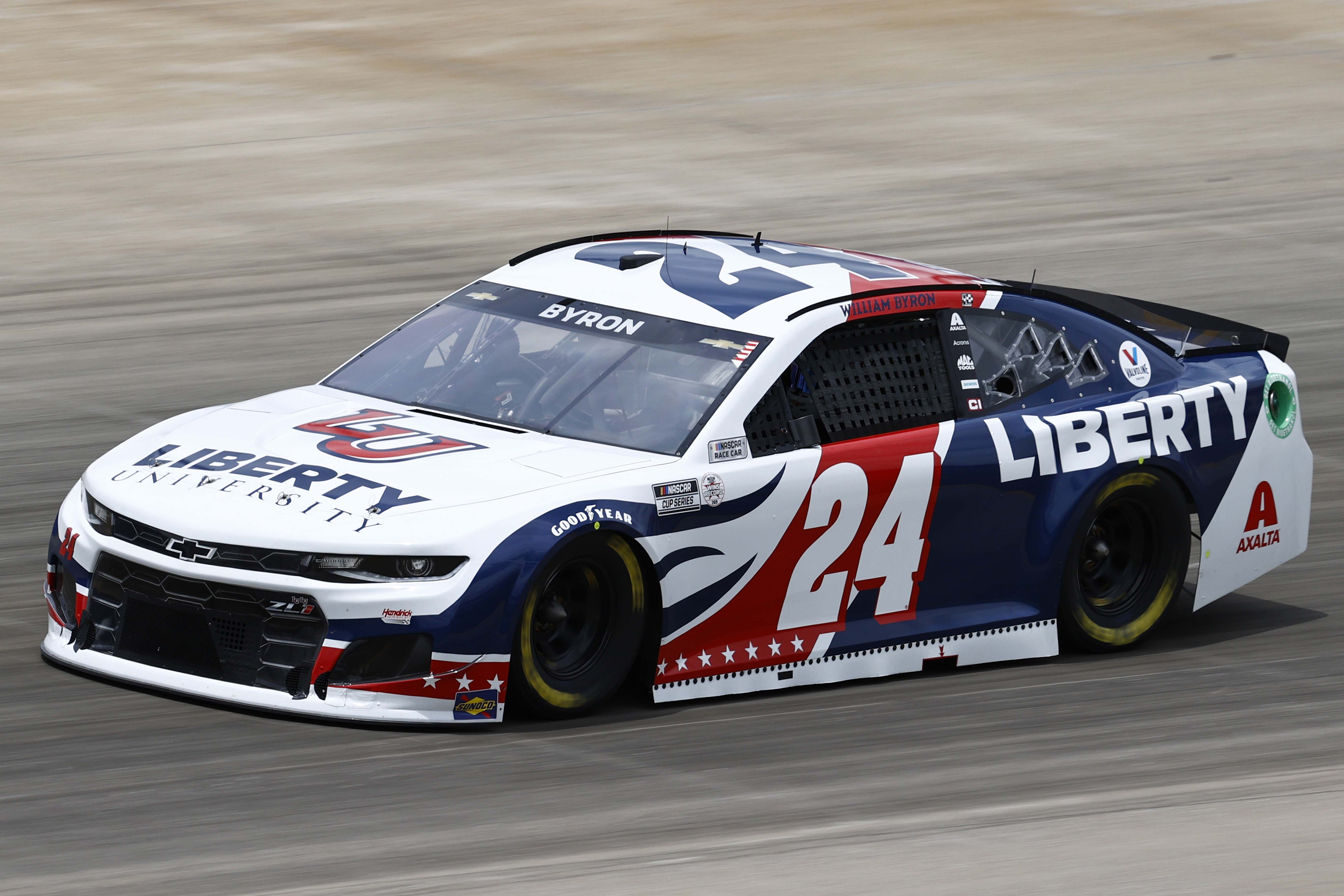 Until 2026, Liberty University will be the main sponsor of 12 races per season. Byron graduated from the school through their online programs.

Since the sponsorship announcement, ProPublica has reported that the school has discouraged students from reporting sexual violence and / or dismissed reports of assault.

In the report, Elizabeth Axley said she was sexually assaulted at a college party by another student. The school administrator is accused of responding by asking her why she went to the party, what she was wearing and what she had to drink?

Questions are a common practice in blaming the victim for the assault. School officials are accused of silencing several victims who spoke of several cases.

This is a tactic that has been common in similar reports of sexual assault cases in a Bible school. Officials in other schools have been proven to keep matters private by encouraging victims to remain silent lest they appear pure.

In this case, the “Liberty Way”, a school code is accused of being the weapon used to silence business.

In July, 12 women filed a joint complaint against Liberty alleging sexual assault and harassment incidents. Since then, 10 other plaintiffs have joined the trial.

Last year Jerry Falwell Jr resigned as president of the university and issued an apology. Falwell Jr posted a holiday photo with his arms around his pregnant wife’s assistant, while his pants were open. He was also accused of having sex between himself, his wife and another man.

The boat the photo was taken on belonged to NASCAR team owner Rick Hendrick. The owner was not on board the boat at the time, nor was any racing team employee.

Amid the reports, you don’t have to look far to find NASCAR fans asking the team to part ways with Liberty University. However, Rick Hendrick supports the school and seeks positive change …

“Things that happened years ago, every time that happens, they’ll fix things and move on,” Hendrick told the AP on Tuesday.

“Things like that, I mean, it’s not pleasant, but they take care of it.” They are very direct, very transparent.

â€œThey are great people up there. They will work it out. It is an unfortunate situation. But they will solve it and move on.

Jeremy Prevo is the new president of the University. He addressed the lawsuit in a statement:

â€œThe allegations in the Jane Doe 1-12 v. Liberty University lawsuit are deeply troubling, if they turn out to be true,â€ said Prevo.

â€œMany of the claims are the opposite of how the University’s policies and procedures have been designed to work over the years. Liberty has invested heavily in programs and staff to help maintain a safe campus and to support all victims of sexual assault who come forward. “

Liberty has a strong non-discrimination policy, which includes an amnesty policy to encourage victims to report without fear that their involvement in other activities such as alcohol consumption or extramarital sex will be penalized under the student honor code. “

â€œThis policy includes a fair process for resolving disputes regarding rape, sexual harassment, gender discrimination and retaliation, as well as the provision of supports where appropriate. “

â€œIt would be heartbreaking if these efforts had the results claimed in this lawsuit. We will immediately examine each of these statements to determine what needs to be done to make matters better, if they turn out to be true. “

He added: “Because the claims are made anonymously and go back several years, in a case over two decades it will take some time to sort them out.”