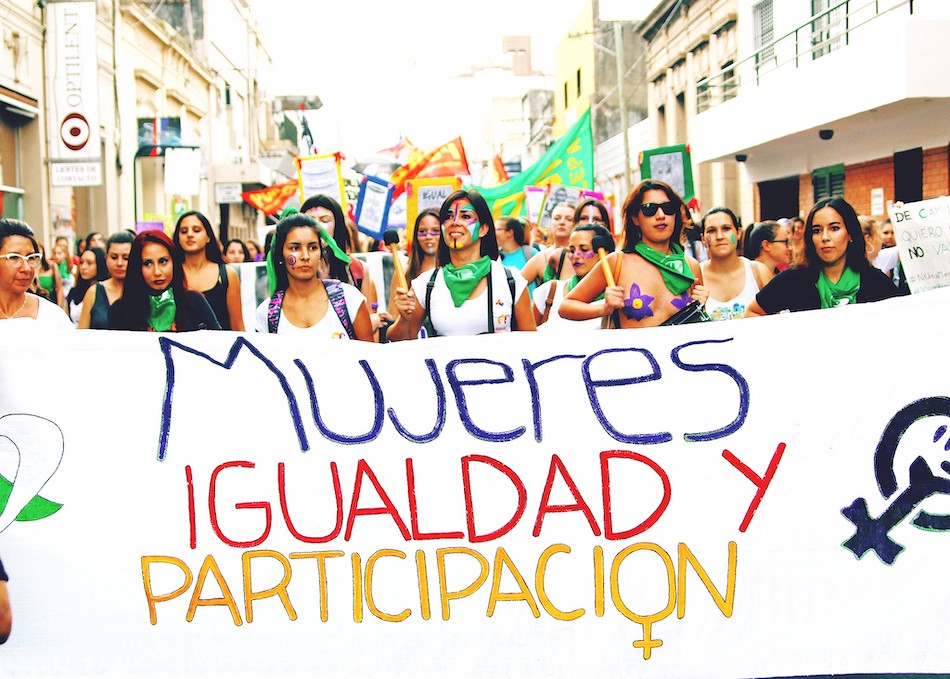 From sociology and communication, inserted in the recent history of Peru, a subject of analysis is how the use of stereotypes about women in advertising has changed. Today it is already possible to see advertisements where Peruvian women are claimed as the main actors of social dynamics, as leaders, empowering motherhood, family and values. This seems important to me because there are still deficient publicity pieces.

However, this analysis is retrospective, and it is possible that there are discrepancies, in any case the dialogue is open. For many years, the image of women has been used as a “sex object” in most Peruvian advertising campaigns, leading to the dissemination of denigrating stereotypes, false conceptions, limited vision and the possibility of these conceptions spreading massively. and permeate the collective unconscious. of the society.

One of the biggest problems that persists is the use of the image of the woman as a sexual object, with the aim of generating “interest” – a behavioral marketing strategy – focused on the male audience, taking advantage of the existing machismo. in Peruvian society.

Ad agencies, ad creatives, scriptwriters, producers, and the very customers who commission the campaigns sometimes choose to use women as a focal point to draw attention to products.

The use of the image of women as sexual objects in Peruvian advertising generates the dissemination of a stereotype, creating confusion in society and generating a “false value”. The problem is this: advertising, by using the denigrating image of women as sexual objects, propagates negative role models in society, fueling psychological violence against women.

The use of the image of women in Peruvian advertising is an area still insufficiently studied in Peru, and even constitutes a self-criticism for sociology, although there are excellent advances in the lines of research. There is a bibliography from the point of view of jurisprudence, legislation, as well as academic research on women’s problems in the world and in Peru. Regarding the role of women in advertising, specific cases of complaints of inappropriate advertising in Peru were studied.

Also, in Spain, we have the study carried out in 2014: “La imagen de la mujer en la publicidad. Estudio de las resoluciones emissionidas por autocontrol (Asociación para la Autorregulación de la Comunicación Comercial)”, as part of her doctoral thesis by María Valle Nacarino at the Faculty of Documentation and Communication Sciences Degree in Audiovisual Communication of the University from Extremadura.

From a legal and ethical point of view, there is a good analysis by Marisol Fernández Revoredo (2018), lecturer at the Pontificia Universidad Católica del Perú, entitled “The image of women in commercial advertising: Dignity against freedom of ‘commercial expression’.

Within advertising, the woman has been one of the most represented elements, either to accompany the product or to explain its use, but the image of women, like advertising, has also evolved over the years. . The woman we see on screen today is not the same as the one we saw forty or even twenty years ago.

There are more and more campaigns where we can see a hardworking, autonomous and independent woman, who owns her life and chooses her destiny (Meléndez and Carrillo, 2010), showing her as a human being with a great potential, values ​​and strengths. These “sexist” ads are a thing of the past.

However, advertising that uses clichés and stereotypes, which in many cases are linked to the gender biases present in our society, is questionable.

In general, the image of women has improved in recent years (Sánchez Aranda et al., 2004), an aspect that has been influenced by all the laws and restrictions concerning the image of women in advertising. These laws aim, among other things, to protect consumers from the indiscriminate bombardment of negative publicity.

In addition, there are laws and restrictions that exist in the legal framework, whether in the Political Constitution of Peru, the Peruvian Penal Code, as well as the advertising industry itself created in Peru and bodies such as Indecopi or the Peruvian Association of Consumer Rights. , as it exists in other countries in North America and Europe, in order to control the work that advertisers do in the service of advertisers and the media.

The image of women in advertising has improved a lot in recent years (García and Martínez, 2008), due to pressure from society on the issue of gender equality and respect for women (Meléndez and Carrillo , 2010). Every day we see more and more of a hardworking, independent and empowered woman in advertising, something that was unthinkable a few years ago.

Another of the reasons that has contributed to this improvement is the regulation of advertising with the laws that are constantly being passed and that help to limit the misuse of advertising to a large extent.

It is necessary to revalue women in Peruvian advertising, replacing the “sexist” vision with an integral vision of their human values, their identity and their dignity, as well as the role of motherhood, their creativity and new social roles within the framework of gender equality.

It is necessary to make visible the problems of women in Peru, because women continue to be victims of abuse and social violence. Femicide is a serious problem and these abuses in Peru are worrying. In 2019, about 250 cases were recorded. So far in 2022, the situation is dire.

Another problem is social and professional marginalization: despite the fact that the government has enacted laws favoring the inclusion of women, they still suffer from marginalization and exclusion. The majority of public positions in state entities and private companies are held by men. Moreover, salary levels indicate that women earn less than men.

Women are cataloged as sex objects. Proof of this is the sexual harassment in the street and on social networks.

A very serious case, investigated by the Peruvian National Police, is that of human trafficking. Thousands of women, especially teenage girls, are trafficked, kidnapped and forced into prostitution by mafias and criminal organizations.

According to the cited authors, the most denounced advertising related to the image of women is that broadcast on television, in particular related to: alcoholic beverages (sexist and denigrating image); household appliances (exclusive role of “housewife”, subject to the will of men); beauty products (role of women as aesthetic objects) and products for men (role of women as sexual objects and addicts).

As we pointed out in the introduction, it is necessary to deepen the critical analysis of the problem of the misuse of the image of women in Peruvian advertising. We think this is very important, as Castillo (2009) points out, “because society would thus become aware of its level of maturity in its valuation of women and this would be very rewarding for the coherence of social life”.

“Advertising agencies, the various media and the companies that pay for these advertisements have a particular responsibility in this task, since the advertising messages have real effects on the members of a society”.

It would also be possible to study the relationship between fashion and the valuation of Peruvian women in their most significant stages, such as adolescence and youth, identifying the graphic media they know best and the image projected in them.

The Egyptian Daily | 50 years with Title IX: Where are we really?