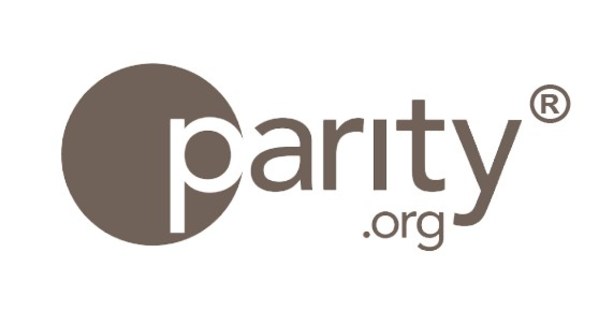 In five years, the non-profit organization Parity.Org has helped hundreds of companies around the world measurably increase the diversity of their leadership teams.

NEW YORK, September 19, 2022 /PRNewswire/ — Today, Parity.Org celebrates its fifth anniversary, marking progress toward its mission to increase the number of women and people of color in business leadership. catherine stickney founded Parity.Org in 2017 to address the harsh reality of gender imbalance in leadership teams and boards, and has since expanded the mission to include representation of people of color. In addition to PLEDGE parity®, Parity.Org helps companies make measurable progress toward their DEI goals with practical, evidence-based tools like the Parity MODEL™ and ParityINDEX®.

Over the past five years, approximately 600 partner companies on six continents have taken the ParityPLEDGE, a public commitment to interview at least one qualified woman and/or person of color for open leadership positions, including VP, C level -suite and Board . In a recent survey of companies that had signed up to the ParityPLEDGE for Women 12-18 months prior, Parity.Org found that 80% of companies had added and retained at least one woman to their leadership team, while more a quarter had achieved gender equality. parity within the management team. Companies that adopted the new ParityPLEDGE for people of color reported that they had since increased the number of people of color on their boards by 41% and the number of people of color in the C-Suite by 72%, three times the rate of their white counterparts.

Since its launch, the organization has added a number of additional resources for companies aimed at achieving parity and boosting DEI efforts in their organization. This includes:

In an effort to create industry specific resources, Parity.Org has also partnered with Ralph Lauren and 20 fashion houses from New York and Paris to develop a ParityMODEL specifically for the fashion industry. Entitled “Unleash gender parity in fashion“, this seminal white paper offers industry peers step-by-step methods to help increase gender equality at all levels of their organizations.

“When we founded Parity.Org five years ago, we had no way of knowing that a global pandemic would soon create even greater headwinds, especially for women who lost many more jobs, often due to lack of childcare, which their male counterparts,” said catherine stickney, founder and CEO of Parity.Org. “It has been all the more gratifying to see the dramatic progress our partner companies have made during such a difficult time – and it is only accelerating. By 2027, we plan to have at least tripled our number of partner companies and that, through our ParityINDEX, they will identify hidden patterns and opportunities that move the needle faster than ever before.”

To celebrate its 5th anniversary, Parity.Org released a series of videos featuring executives from Best Buy Co. Inc., Domo, Evolent Health, Overstock and Ralph Lauren Corporation, some of Parity.Org’s founding partners, discussing the DEI progress they have made over the past five years. In the series, Stickney talks to corporate executives about their proudest accomplishments and their advice to other companies hoping to achieve parity. Watch the full series at https://parity.org/media/ and learn more about Parity.Org at https://parity.org/

Parity.Org is a 501(c)(3) nonprofit organization dedicated to increasing the representation of women and people of color in corporate leadership where the gap is widest. We take a pragmatic, research-based approach, offering a range of proven best practices and industry-leading tools to not only achieve, but maintain, leadership parity. Learn more about Parity.Org and follow us on Facebook, LinkedIn, Twitterand Instagram.