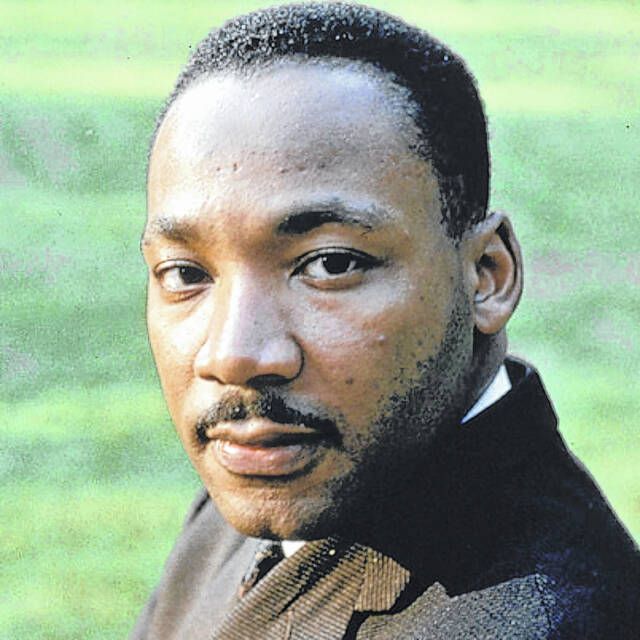 Our Take: MLK Remains Relevant In This Time And Place

Tomorrow, our nation will officially commemorate the birth of civil rights leader Dr. Martin Luther King Jr., who would have turned 93 on Saturday.

Especially for many young Americans, it’s easy to imagine that King belongs to a long-lost era in our history, although that’s only partly true. He was assassinated in Memphis on April 4, 1968, at the age of 39. We cannot, however, forget that if he had not been shot, Dr. King might still have been with us today.

So yes, King could have continued to fight for justice and equality well into our time. And perhaps the nature of this fight would have been very different if he had survived and died a natural death in old age. The same goes for Anne Frank, the Jewish teenager who was born six months after King but died much earlier, in a Nazi concentration camp in 1945.

It’s almost too painful to think of King and Frank alive to tell their stories to millennial and Gen Z audiences. They almost certainly would have met at some point. Perhaps we would have heard of them at one of our local colleges or universities. They would have warned the world of the dangers of hatred and violence and probably would have continued to preach nonviolent resistance.

But hatred and violence cost their lives far too soon. This is unfortunately one of the main reasons why their lives and their messages remain relevant in our time. The living memories of these people will fade. It also seems, especially in recent years, that the memories of the injustices they faced have also faded. How else to explain the rise of neo-Nazi groups and ideology not only in Europe, but among some right here in America? Otherwise, why do some here in America refuse to acknowledge the persistence of systematic racism, sexism and anti-Semitism?

According to data from the Bureau of Labor Statistics, in 2020 women‘s annual earnings were 82.3% of men’s, and the gap is even greater for many women of color. Although women earned only 57 cents on the dollar in 1973, “progress has stalled and we are still far from closing the wage gap,” reports the DOL.

As the Society for Human Resource Management points out, nearly 60 years after the 1964 Civil Rights Act was passed under Johnson, “we find that equal pay for equal work is still not a reality.” , and that workers, black men and women and Hispanic women, continue to earn less than their white counterparts.

And just three years ago, 11 people were killed and six others injured when a man who believed in anti-Semitic conspiracy theories allegedly opened fire at the Tree of Life Synagogue in Pittsburgh. The suspect has pleaded not guilty and the legal proceedings are far from over. It was the deadliest attack ever against Jews in the United States, but only one of several in recent years.

“I dream that my four grandchildren will one day live in a nation where they will not be judged by the color of their skin but by the content of their character.” So said King in his famous 1963 speech from the steps of the Lincoln Memorial. In some ways, we are closer to this reality. In many ways, we still have a lot to do. And some people would like to see the progress of nearly 60 years reversed.

NAACP Diamond City Branch #2306 held a virtual tribute to King on Friday. The event, a pre-recorded video streamed on Zoom, featured remarks from many community members, including Chapter President Jimel Calliste, Mayor George Brown, Justice Lesa Gelb, NAACP Vice President of the Division of Pennsylvania Youth and Colleges Michael Jefferson, State Representative Eddie Day Pashinski and Congressman Matt Cartwright, and concluded with a recorded reading of Dr. King’s famous “I Have a Dream” speech by the former President of the Ronald Felton Branch of the Luzerne County Courthouse.

“My message to children and young adults in this community is to take this program and let it inspire you to go out into your community and do some type of service in Dr. King’s name,” Jefferson said.

This would also be our message. Keep the dream alive.