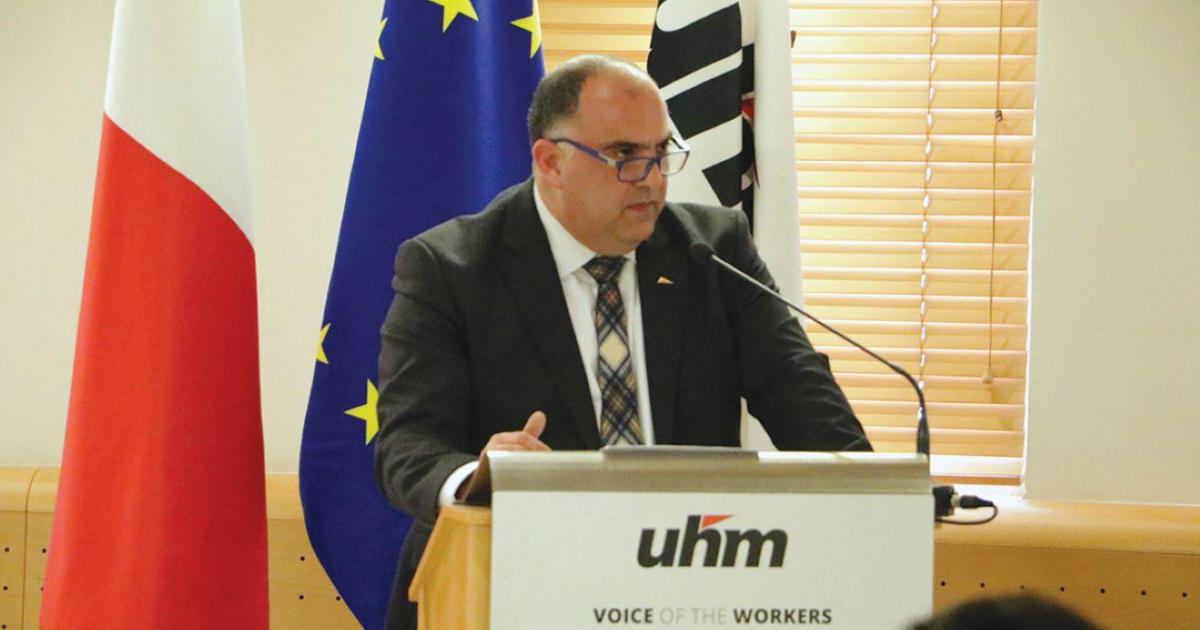 Only about 45 percent of workers belong to a union

According to academic studies, only about 45% of the national workforce is unionized, making compulsory union membership necessary for low-income workers, UĦM CEO Voice of the Workers, Josef Vella.

Addressing the union’s annual Workers’ Day conference, Vella said he hoped this would become a reality by next year, especially as the government had promised a discussion of the issue at of the election campaign. He said he knew that some workers lost their jobs because they joined a union.

“People have to stand up for their own rights. The choice of which union to join will be completely free, but we must protect those who are most vulnerable and those with precarious working conditions,” he said.

Vella also spoke about another problem the union faces in workplaces where the owner and employer are different – ​​as operations have reportedly been outsourced.

No equal pay for equal value in some sectors

“Workers have become a commodity these days, where they are used as pawns and transferred from one contractor to another.

“We need a law to end the outsourcing of all core operations. Equal pay for work of equal value does not exist in some sectors,” he noted.

As the largest employer, the government must play a leading role in combating abuse, Vella argued.

He reiterated his call on the government to stop outsourcing its core operations as it led to discrimination, with contractor workers being paid less than their government-employed colleagues despite doing the same job. .

“One solution could be the creation of social cooperatives in sectors like cleaning, security work and social workers,” he said.

Vella also spoke about collective bargaining negotiations, saying any pay raises shouldn’t include the cost-of-living increase or it wouldn’t have the desired effect.

He commented on the lack of unity between the unions, saying they could be much more effective on crucial issues such as the rising cost of living if they presented a united front.

€7.20 increase in the cost of base items

UĦM director Mario Sacco also addressed the conference on Friday, giving details of the first results of the union’s study of fluctuations in the prices of essential products.

In the first four months of this year, a list of basic items for a family of four increased by an average of €7.20.

Economist Philip Von Brockdorff said that while UĦM agrees with the government’s proposal for a new mechanism to help low-income households, it is asking for a revision of the retail price index from from which the COLA is calculated.

This is necessary, he said, to reflect rising house prices, mortgage costs and the online purchase of goods.

Independent journalism costs money. Support Times of Malta for the price of a coffee.