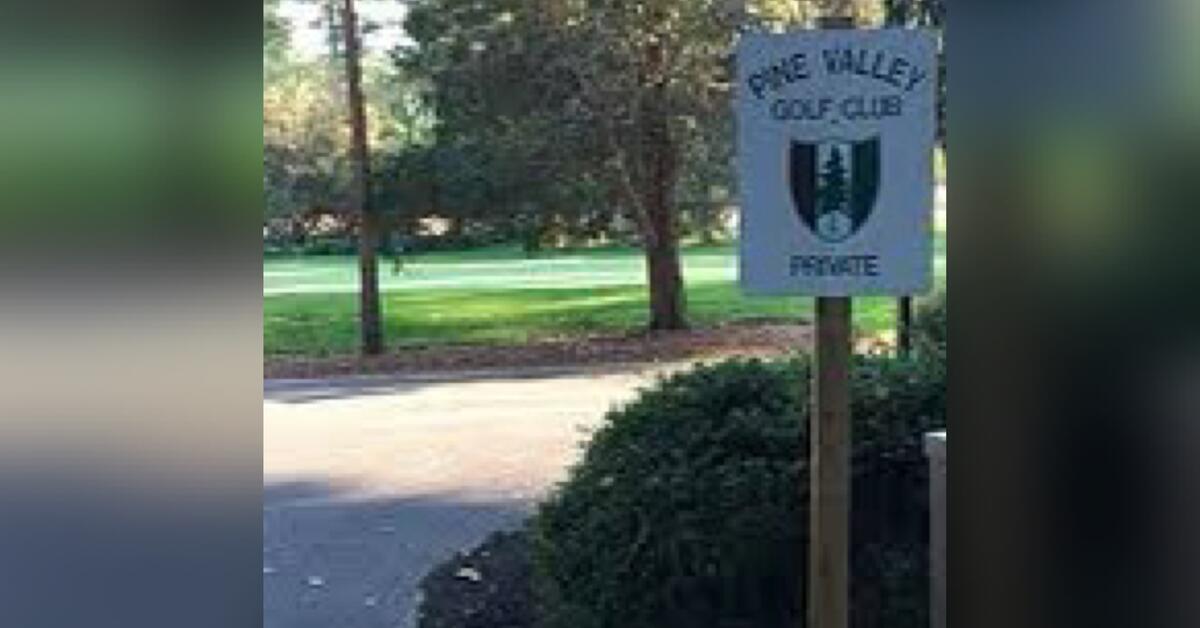 Acting Attorney General Matthew J. Platkin today announced the filing of a Division of Civil Rights (DCR) complaint against Pine Valley Golf Club, located in Camden County, alleging a pattern of discrimination based on sex by the historically male-dominated club.

Among other allegations, the complaint claims that the club violated the Anti-Discrimination Act (LAD) by prohibiting women from becoming members and otherwise restricting their ability to play golf and access club facilities – policies that the club only eased in the face of DCR investigation.

The administrative complaint further alleges that the Club used discriminatory covenants to prevent women from owning homes on Club land unless they co-owned a home with a man, and adopted policies to discriminatory employment on the basis of sex and gender.

“Our Civil Rights Division is committed to eradicating unlawful discrimination and holding accountable those who violate our laws.”

“New Jersey will not tolerate discriminatory policies or practices on the basis of gender, including those that perpetuate the effects of past discrimination,” DCR Deputy Director Rosemary DiSavino said.

“The FDA prohibits policies and practices that seek or have the effect of excluding people who identify as women. Failure to provide equal access for people of all genders to housing, employment and public accommodation has consequences.

The FDA prohibits bias-based discrimination and harassment based on protected characteristics in employment, housing, and places of public accommodation.

The administrative complaint against Pine Valley Golf Club includes allegations of gender or sex-based discrimination in each of these protected areas.

Clubs that by their nature are distinctly private are exempt from the LAD’s protections against discrimination in places of public accommodation, but the complaint alleges that this exception cannot be relied upon by the Pine Valley Gulf Club to justify its historic treatment of women because the club was so deeply tied to the old borough of Pine Valley.

Previously, however, the club owned all of the land in the borough of Pine Valley; effectively controlled its operations; and was the primary beneficiary of services and benefits provided by his government.

Pine Valley Golf Club says it has lifted all restrictions on membership and use of its facilities based on sex or gender by spring 2021, after DCR began its investigation.

Today’s administrative complaint, however, alleges a long history of past breaches by the LAD at the 108-year-old club, resulting in a legacy of inequality that persists today.

Among other things, the complaint points to a continued shortage of female members at the Club. As of July 2021, only three women were members of the 700-member club, less than 0.5% of its total membership.

Additionally, the complaint alleges that the Club unlawfully discriminated against women by tying Club membership to the ability to own or rent property in the borough of Pine Valley.

Specifically, the club’s longstanding male-only membership policy, coupled with its use of “members-only” restrictive deed covenants, has prevented women from being eligible to own or rent a club. one of 19 private accommodations located on club-owned land.

And although the Club allegedly removed its covenants on land leases during the DCR investigation, the Club has also said it no longer plans to enter into new leases on Club land, thus preventing women from to buy one of the houses in the future.

The complaint cites a continuing lack of female employees at the club, noting that women make up less than 4% of club employees and most work in positions such as dishwashers, catering staff and laundresses.

More information about sex discrimination and the obligations of employers, housing providers, and public accommodations under the LAD can be found on the DCR website.

DCR is the state agency responsible for preventing, eliminating, and addressing bias-based discrimination and harassment in employment, housing, and places of public accommodation (e.g., open to the public such as schools, businesses, hospitals, etc.) under New Jersey law. LAD, Family Leave Act and Fair Chance in Housing Act.