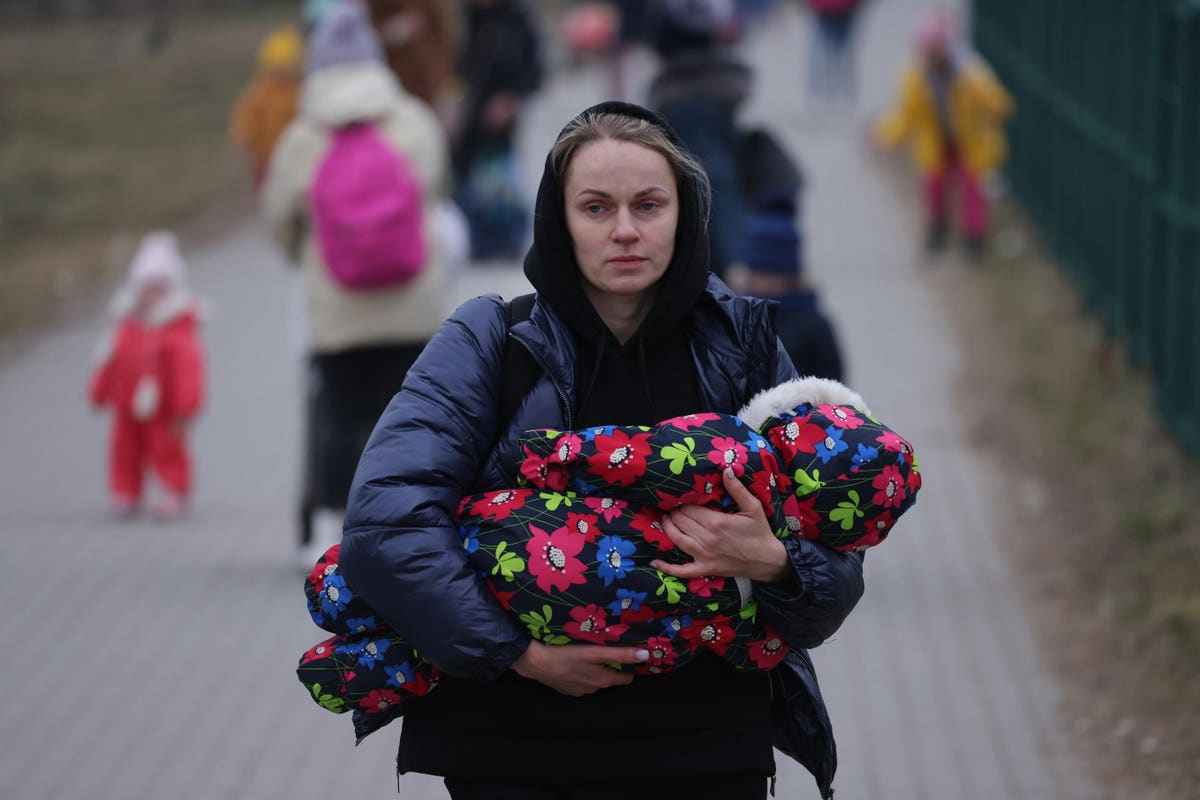 Human rights organizations have been monitoring the impact of the war in Ukraine on the country’s women and children since the conflict began in late February. A new report sheds light on just how bad things have gotten and what is yet to come as women and children continue to face immense hardship in the grim reality of war.

The Rapid Gender Analysis, developed by UN Women, the United Nations entity dedicated to global gender equality, and CARE International, a humanitarian agency focused on ending global poverty for women and girls, was released today. The report is based on surveys and interviews conducted last month in 19 regions of Ukraine.

Although difficult to measure amid a situation that remains highly volatile, the report draws on the best available indicators to illustrate the scale of the growing crisis. The latest UN estimates put the number of Ukrainian refugees at 5.6 million and the number of displaced people at 7.7 million, figures that continue to rise. Given that most men between the ages of 18 and 60 are required to remain under martial law, an estimated 90% of those fleeing the country and 60% of those displaced are women.

According to the report, this displacement is accompanied by increased security risks. Incidents of gender-based violence are on the rise, and one in five women surveyed said finding safe shelter was a top priority. Women and children who have been forced to flee often depend on hastily opened and unchecked sources of shelter, many of which are overcrowded and under-resourced. Members of the UN Civil Society Unit (CSO) reported poor hygiene, a lack of basic supplies and security issues in many shelters.

For some, the existence of shelters does not guarantee access. The report cites that Roma and members of the LGTBQ community disproportionately experience housing discrimination.

“When we arrived, we turned to the volunteers at the station and asked where the shelter was. They told us and we went there, but we were refused everywhere,” says a Roma woman quoted in the report. “We called various organizations providing city services, and they told us first that they were going to accommodate us, but when we said that we were Roma or when we arrived, they told us that he there was no more room.”

Accessibility to gender-sensitive health care services is another key area of ​​concern in the report. The findings highlight issues such as inconsistent access to adequate menstrual products and restricted availability of foods that meet the dietary needs of pregnant and breastfeeding women. Scarcity of providers and barriers to obtaining reproductive, maternal and newborn health care are also cited as widespread problems. People with physical disabilities and reduced mobility remain particularly vulnerable.

“We don’t go to the shelter because of my mother’s illness. [injured] leg,” said a woman cited in the report as living in a town immediately attacked. “Every time you wake up, you say, ‘Okay, thank you, I survived.’ Every day you go to bed, you prepare to die.”

As the current crisis continues to spread across the country, the economic fallout is being felt by gender. A survey cited in the report which was carried out between March 24 and April 1 found that 18% of displaced women reported a monthly family income of less than 5,000 UAH (equivalent to US$165) before the start of the war. and 65% after . For male respondents, it was 6% and 57%, respectively.

For many women, the work they did before the war is no longer an option. Several of those interviewed for the report highlighted the disproportionate burden that has been placed on women over the past two months to perform voluntary and unpaid work in the interim. With more and more hospitals, schools, day care centers and aged care centers closed or collapsing, women are filling the gap.

“When it comes to the humanitarian needs of displaced people, residents and households, women do most of the work: they drive, provide hospitals and residents with medicine and food, they take care of their relatives and their disabled children,” said a woman quoted in the report.

Yet, although women play a crucial role in their communities during this crisis, their voices are largely ignored at the national level, according to the report’s findings.

“At the formal level of decision-making, the centralization of power and the increased role of the army have made it more difficult for women to exert influence in formal political and administrative decision-making processes, thus diminishing the participation of women,” the report said. “Decisions are often made quickly and do not adequately reflect the needs and priorities of different groups of women and men, including the most vulnerable and marginalized.”