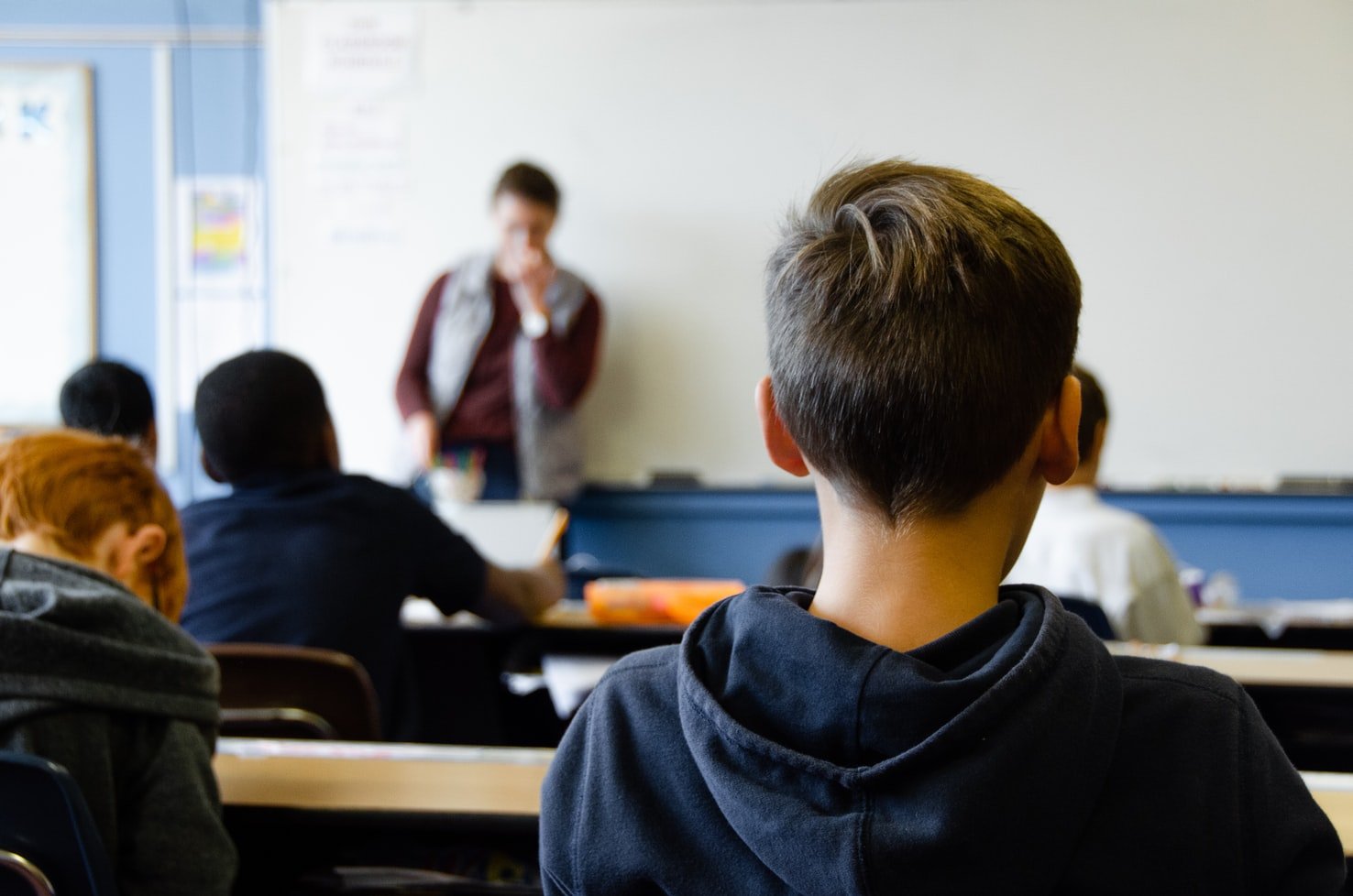 Like Paul Karp of The Guardian reported: “Michael Cash’s department defended the right of religious schools to fire teachers for their views on sexuality and appeared to confirm that safeguards for gay students will be delayed until after the Religious Discrimination Bill . The Attorney General’s Department’s submission to two investigations indicates changes to the Sex Discrimination Act will await further review 12 months after the bill was passed, despite an alleged deal with four Liberal MPs to prevent the deportation of gay students at the same time, in return for their support of the Religious Discrimination Bill.

“Cash also personally backtracked on her stated commitment in December after a backlash from church groups, including the Australian Christian Lobby and Christian Schools Australia, who threatened to sabotage their support for the deal bill. Liberal MPs Katie Allen, Dave Sharma, Angie Bell and Fiona Martin claimed they had secured Cash’s agreement to scrap section 38(3) of the Sex Discrimination Act, which allows schools to engage in sexual abuse. discrimination based on sexuality and gender.

“The Ministry’s brief reiterates that ‘the Religious Discrimination Bill does not affect the operation of the Sex Discrimination Act…in particular, the existing exemptions for religious educational institutions provided for in Article 38 of this law are not affected”.

“The department said religious exemptions will be reviewed by the Australian Law Reform Commission’s inquiry, to report 12 months after the bill is passed.”

In 2017, teacher Craig Campbell received an email from the WA Teacher Registration Board stating that after working for two years as a substitute teacher at a Baptist college south of Perth, he had been removed from the list of teachers available.

And by the time he received the email, Mr Campbell was well aware that the school had terminated his employment in such a cold manner because of his sexuality.

Indeed, he had recently informed the director of the college that he was in a homosexual relationship.

Under Western Australian and Commonwealth law, religious schools are permitted to discriminate against teachers on the basis of their sexuality. And although the school never formally invoked the law, both parties understood what was implied when he was fired.

And as the Morrison government is set to introduce a religious discrimination law that is expected to strengthen existing religious exemptions – if not expand them – Mr Campbell is speaking out on these damaging and harmful laws as part of the campaign of the National secular lobby against them.

Also on The big smoke

A culture of “fear and silence”

“It’s an isolating and frightening experience that pits teachers against their whole school,” he explained. “The exemptions create a system in which schools have little accountability for their reasoning and how they are fired or disciplined, and the individual has little or no recourse.”

“Given the sensitive and private nature of the subject – particularly within conservative religious communities – affected staff are even less likely to speak out,” the secondary school teacher told Sydney Criminal Lawyers.

According to the teacher, “the perceived ‘sexual’ nature behind the reasons for the dismissals – or the alternative, which is ‘enforced confinement’ – is ‘all the more amplified’ as the teachers involved work closely with young people. students.

Having their professionalism questioned in this way hampers a teacher’s ability to educate students, he added. And these laws also have an impact on mental health, whether through dismissal, confinement, or exclusion from employment opportunities in government-funded religious schools.

“We have to wonder why we don’t hear stories about this because there are definitely LGBTQI teachers working in religious schools,” Mr Campbell said. “The threat keeps them in the closet or something is happening behind the scenes to shut people up.”

Section 38 of the Commonwealth Sex Discrimination Act 1984 allows religious educational establishments to discriminate against employees, contractors and students on the basis of “sex, sexual orientation, gender identity, marital or relationship status or pregnancy”.

While the Western Australia Equal Opportunities Act 1984 provides in section 73 that religious schools are legally permitted to discriminate against employees, contractors and students on the basis of sexual orientation or gender history, among other attributes.

“When schools do not actively challenge these exemptions,” Campbell said, “they are sending the message to all staff and students that LGBTQI people are inferior and do not deserve protection, whether within this school community or wider Australian society”.

The Ruddock Review of Religious Freedoms was set by Malcolm Turnbull just a week after the yes to marriage equality returned. It was an attempt to appease religious-right politicians who opposed the legalization of same-sex marriage.

The review’s recommendations suggested that the religious exemptions contained in the Sex Discrimination Act be reassessed, not with a view to repealing them, but to clarify that they are “based on the precepts of religion”.

The passing of the law allowing religious schools to expel students and fire teachers because of their sexuality has caused public outcry. And after initially defending the laws, Prime Minister Scott Morrison said he would repeal the student provision, although he remained silent on teachers.

However, despite a feeble attempt by Mr Morrison to repeal the law targeting LGBTIQ students, it remains in place. And instead, the prime minister announced last December that he had decided to come forward with another recommendation for scrutiny, namely the passage of a religious discrimination law.

While the Australian Christian lobby may be eagerly awaiting the tabling of the Religious Discrimination Act, the wider community is somewhat wondering why this legislation aimed at protecting religious people from discrimination, as well as their right to discrimination, is now a priority.

And while Morrison has stressed the need to protect religious freedoms in a multicultural society, the real push for these laws is led by an all-British-Australian chorus line focused solely on protecting the majority religion in this country: Christianity. .

Marion Maddox, a professor at Macquarie University, pointed out that in recent decades when the debate over religious freedoms has arisen, the religious right has turned it upside down. And it’s only now that they feel their privilege is threatened that they want to enshrine it more in law.

Mr Campbell stressed that while religious freedom is important, as far as he can see, the proposed law “is a response to appease” Morrison’s “voting base who lost in the plebiscite”.

And the former chairman of the NSW Council for Civil Liberties, Stephen Blanks, made the observation when the current debate began that instead of establishing legislation that privileges one right over all others, the government should consider a bill of rights that protects all human rights under the law.

Repeal the right to discriminate

Of course, one very obvious reason why the discussion of religious liberty has come to the point where the Federal Parliament is about to debate religious protections is that the nation has a Pentecostal Prime Minister, who wears his faith on his sleeve. .

And when the nation revealed its outrage over pre-existing exemption laws, rather than acknowledging how bad they were, he struggled to hide his smile as he repeatedly told reporters that those exemptions were already in effect. , so that was it.

But, despite the measures taken to strengthen these rights to discriminate under the new legislation, it is certain that most people want to see the possibility of discriminating against teachers and students abolished. And as Campbell pointed out, these schools “to a large extent” are taxpayer-funded.

“The complexity of religious freedom in all areas does not concern me, but government-sanctioned discrimination in schools does,” Campbell concluded.

“The shortcomings are out of step with public sentiment and wider Australian values. Remove them and we help create safe and healthy learning environments for all staff and students. “

Towards a more equal society