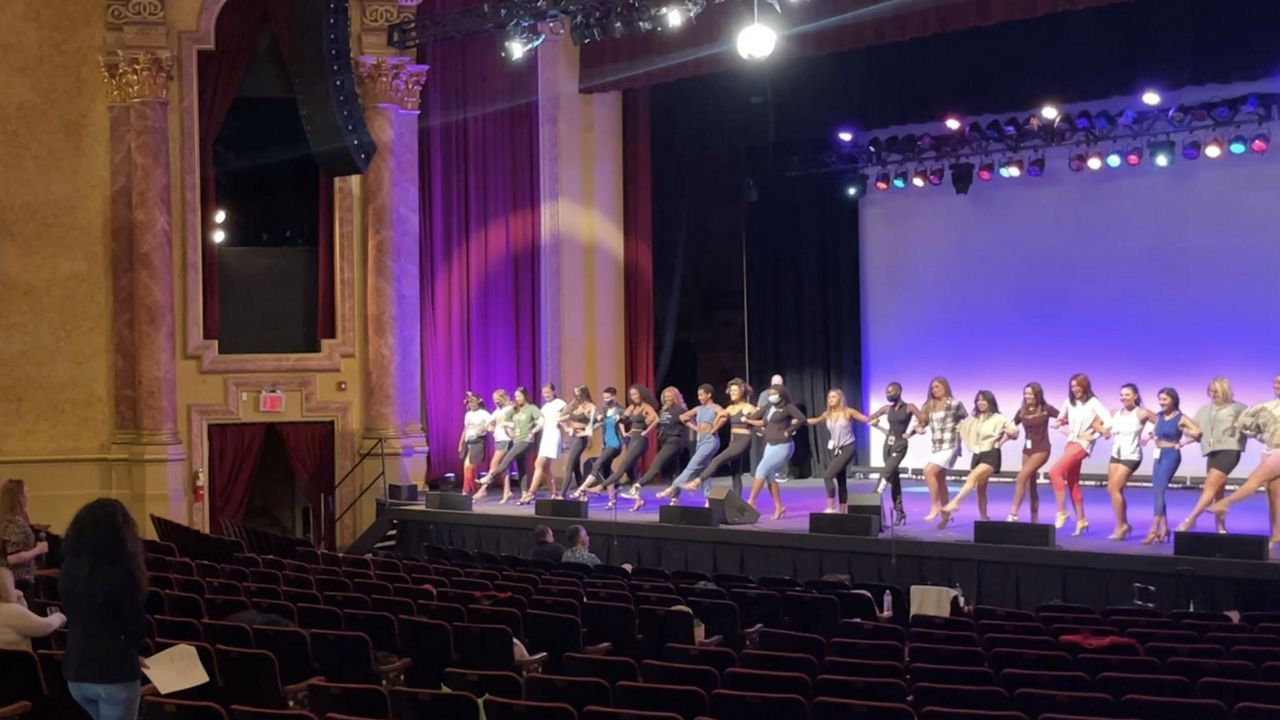 Miss New York returns after a year of uncertainty


For Miss Buffalo 2020 Nina Zesky, a return to the pageant scene means more to her than you might think.

Nina is legally blind. Many told her that the girls in the contest weren’t wearing glasses, but what they didn’t realize was that this would be the fuel she would use to make it to the state finals.

“My eye muscles don’t speak to my brain. I’ve had little girls come up to me with their glasses on and say, ‘We look like you. “And I started to think about it, and I realized that when I was a little girl, I didn’t have myself to admire, and it really hurt my self-confidence,” she said. .

This is her last time at Miss New York due to age requirements.

“Here we go, a last round of talents! she said, which makes coming back on stage this time around so special to her.

A gymnast by training, Nina joined 20 other women vying for the state crown over the weekend. Competitors were required to pass COVID tests and self-quarantine before the competition. Those who were not vaccinated were required to wear masks throughout their time together.

“We’re so tight-knit and connected to each other so it’s wonderful that we can be so close,” she said.

The organizers credit a strong team for having succeeded after a year of great uncertainty.

“I’m very proud of everyone I work with. All of the Miss New York organizing team are all volunteers. We don’t get paid to do this. We all have full-time jobs.” said Sloane Lewis, executive director of the organization.

She was Miss Kansas in 2012 and competed alongside current communications director Anna Laura Strider, Miss Alabama 2012.

“The organization has shaped me in so many ways, so that I can be back with the same women who have had the same experience as me,” Strider said, adding that it speaks to the fellowship that Miss America offers to her candidates. .

“We are out there in our communities. We are speakers. We are advocates. We are fundraisers. We are philanthropists. And being able to show that to the public, to the judges, is what he is doing. this is, ”Zesky said.

Fordham law student Sydney Park was crowned the winner this weekend. She advocates for gender equality in sport and spends her weekends coaching a women’s football team in the Bronx.

She will be attending the 100th Anniversary Edition of Miss America later this year.