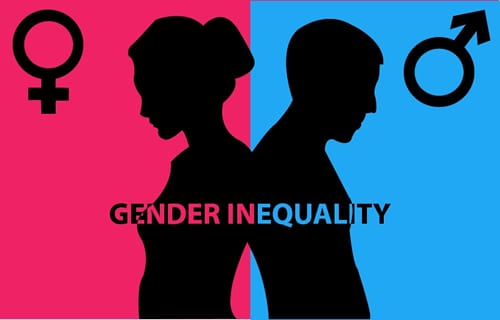 Ms. Mathilda Banfro, regional director of the Greater Accra Gender Department, noted that efforts to achieve gender equality have not yielded much results because men have been left behind.

“The reason for the slow progress in achieving equality between women and men is the failure to sensitize and engage men adequately at all levels,” she said.

Ms. Bamfro told Ahwiam, Ningo Prampram during an awareness workshop for men and the adolescent, organized by the Gender Department, Greater Accra, in collaboration with the Ningo Prampram District Assembly (NiPDA).

Ms Banfro said there was a need to raise awareness that gender equality was a societal issue, which affected both men and women and projected the important roles that men and boys could play in the promotion of equality.

She said that while men were increasingly aware of the need to support gender equality and the fight against violence against women, there were still areas that needed to change in order to move forward. equality agenda.

Ms. Maribel Akuorkor Okine, Acting Regional Director, Gender Department, West Region, in a presentation on the topic: “Engaging men and boys on gender terms and concepts,” said the company awarded gender roles, which made them vulnerable.

Ms. Okine said that it was therefore necessary to overcome some barriers that society had created in terms of responsibilities, and to allow men and women to play roles that could complement each other and help build a better society.

She said men have many roles to play in ensuring gender equality, as men wield a lot of power in all walks of life and call on men not to use those powers to abuse women, but to put an end to cultural practices which commit injustices against women.

Ms. Sheila Nartey, Senior Nurse, Adolescent Health Educator, Mamprobi Hospital, in a presentation on “Adolescent Reproductive Health, Causes, Effects and Prevention of Teenage Pregnancy,” asked the adolescents and to their male counterparts not to engage in practices that were detrimental to their health and placed them in unpleasant situations.

She also asked the boys to challenge all forms of abuse against them and not allow anyone to use their bodies for the wrong reasons, as it was their right.

Ms. Zubaida Damago, Gender and Development Planning Officer, NiPDA, tasked boys to become ambassadors wherever they are, and to teach other boys to appreciate the special role women play in society. , and the need to help them play these roles effectively. .

The Gender Department is organizing a series of workshops aimed at exposing genders to healthy practices, which would enable them to live better lives.

These workshops are organized with the support of UNFPA and the Canadian government.

“Scotland should not suffer – Scotland did not vote for Brexit”