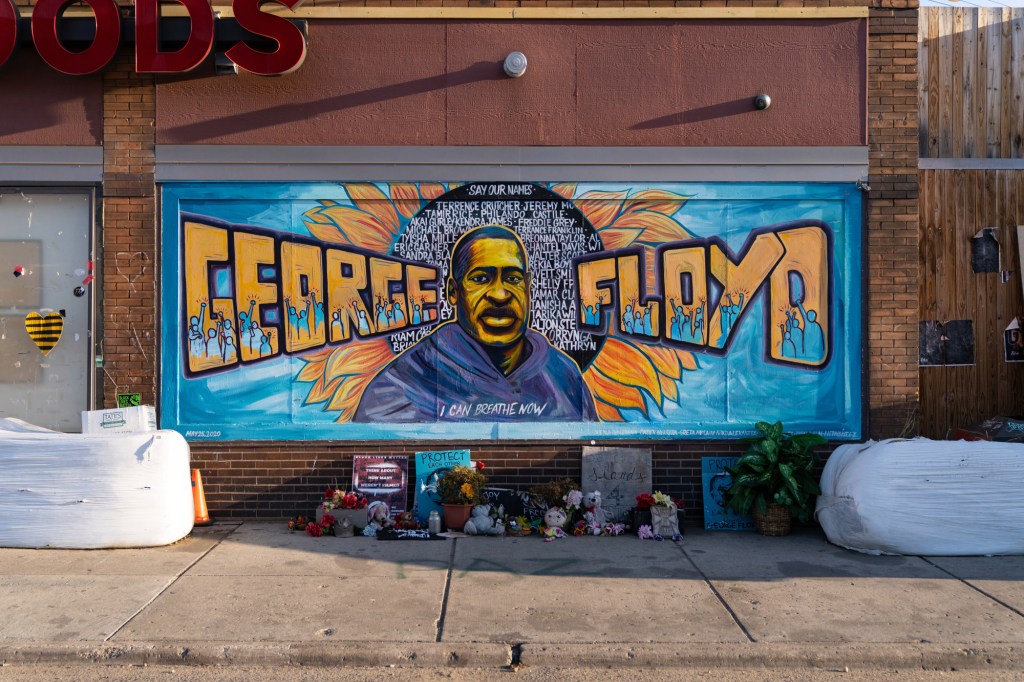 Many colleges have established scholarships in the name of George Floyd. They could be illegal

Scholarships created at several universities in Minnesota in memory of George Floyd may violate federal anti-discrimination laws, according to complaints from a professor.

Title VI of the Federal Civil Rights Act prohibits colleges and other federally funded programs from discriminating on the basis of “race, color, or national origin.”

Perry says some of the George Floyd scholarships do just that by targeting the scholarships to black students to the exclusion of others.

â€œWhile this is a laudable idea, it is unfortunately illegal for universities to discriminate on the basis of race and skin color,â€ Perry said.

Floyd, who was black, was killed on May 25, 2020 by Derek Chauvin, a white policeman who later was convicted of Floyd’s murder.

North Central University in Minneapolis, which created what appears to be the nation’s first George Floyd scholarship two weeks after the murder, is among the schools Perry cited.

the award criteria says recipients “must be a black or African American student.”

Many colleges across the country have established Floyd Memorial Scholarships. While some give preference or are exclusive to black students, others do not.

The Ohio University award is for students who show “leadership in multicultural student organizations and diversity initiatives in Ohio, or that have a history (of) leadership related to inclusion and diversity; Â»The University of Augsburg wants studentsgood understanding of black experiences and history; And the U’s Humphrey School of Public Affairs pays students for internships “focused on equity, inclusion and / or diversity,” according to a spokesperson.

“ BOTH LEGAL AND NECESSARY ”

â€œWe intend to honor this intention which we believe is both legal and necessary to heal the injustices of the past. Bethel is proud of this initiative and looks forward to a constructive dialogue with the federal agency responsible for examining this issue, â€he said via email.

Representatives from the other four universities did not respond to requests for comment.

Perry has a long history of filing discrimination complaints, most of which have targeted scholarships and college programs for women and girls. According to her account, her complaints alleging violations of Title IX, which prohibits sex discrimination, have led to 157 inquiries and around 50 resolutions, mostly in her favor.

In 2018, following Perry’s plea, the University of Minnesota expanded criteria for two scholarships it had been limited to female students.

When it created the Floyd Scholarship in June, the AU did not initially say it would give preference to black students. The language that black students get “extra consideration” was only added after students voted for race-exclusive criteria, according to the Minnesota Daily.

Fanta Diallo, a recent U graduate who lobbied to include race in the scholarship criteria, said the U was keenly aware that he could not discriminate on the basis of race. She said she researched other scholarships in search of language that would direct funds to black students without violating Title VI.

â€œPersonally, I worked really hardâ€¦ to make it as inclusive as possible, but also as beneficial as possible for black students,â€ she said.

“You cannot have a scholarship appointed for a man who died at the hands of the police and not go to the community that this scholarship was supposed to benefit from,” she said.

â€œIt’s not a slight problem. George Floyd’s name means something, and it doesn’t benefit black students worth it, in my opinion.