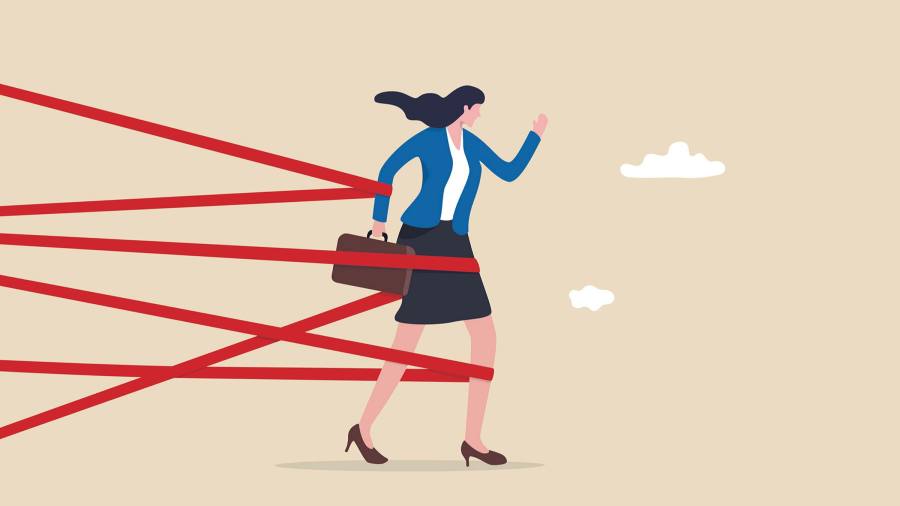 Male managers are blocking efforts to improve gender balance in British companies, according to research by the Chartered Management Institute which raises new concerns about entrenched gender views in the workplace.

The CMI said a study of 1,149 managers across the UK found there was passive, if not active, resistance to gender equality from male bosses in many companies.

The survey found that two-thirds of male managers believed their organization could successfully handle future challenges without gender-balanced leadership.

A third of male managers felt that too much effort was put into gender balance in the workplace, compared to 13% of female managers.

Ann Francke, chief executive of CMI, said “the worrying findings suggest that the prospect of our regression still lingers.” The data showed “resistance and possibly even early signs of reaction in many men,” she added.

Blanc said openly sexist behavior has increased, despite efforts by activists to improve gender balance in the workplace.

Dame Inga Beale, former head of insurance market at Lloyd’s of London, said the episode demonstrated that the push for gender equality still had “some way to go”.

“My outspoken approach has cost me in some situations, because being seen as too challenging in this respect can impact your career, and it’s a classic example of why we still have to fight sexism on the job. workplace,” she said. Financial Times, adding that his advocacy on the subject had affected his candidacies for non-executive director positions.

Beale, who has tried to improve the culture at Lloyd’s during her five years in office – a market where she previously said junior female underwriters would be called “box bunnies” and “box bitches” – called for an “effort together to bring about equality in the business world”.

The CMI said there was still a wide gap between male and female managers’ views on the need for more gender-balanced leadership, with “active pushback” among male managers.

“The sexist remarks directed at Amanda Blanc at their AGM are just this week’s very public example of the inequalities that exist at all levels of organizations,” she added.

“There has been too little effort devoted to communicating the enormous benefits that greater equity offers, including for better business and organizational performance, as all talent is better developed and deployed.”