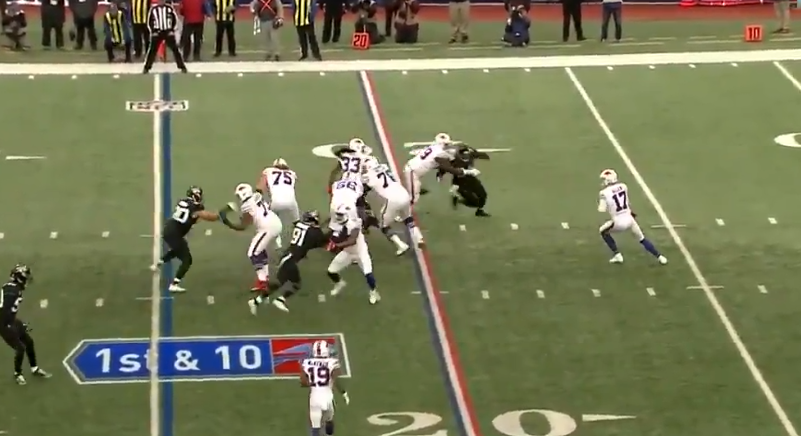 “I think [Buffalo Bills draft pick Josh] Allen is a trash can. I don’t care what nobody says. It is trash. And it will show itself too. It’s a stupid choice for me. We are playing them this year and I am very excited. I hope he’s their starting quarterback. He played in Wyoming. Every time they played at a big school – like, they played in Iowa State, which is not a big school in my opinion because I went to the state of Florida, and he threw five interceptions. , and they lost by a few touchdowns or something. He never beat a big school. If you watch his games against big schools, it was always interceptions, turnovers. It’s like: Yo, if you’re so good, why can’t you do better? He fits that mold, he’s a great quarterback. Big arm, supposedly. I don’t see it personally.

Josh Allen returned to the lineup on Sunday and guess who the opponent was? The Jacksonville Jaguars!

Already 7-0 in the first quarter – Buffalo Bills quarterback Josh Allen hit back at Jacksonville Jaguars cornerback by throwing a 75-yard bomb at Robert Foster for the touchdown to give a 14-0 lead to his team.