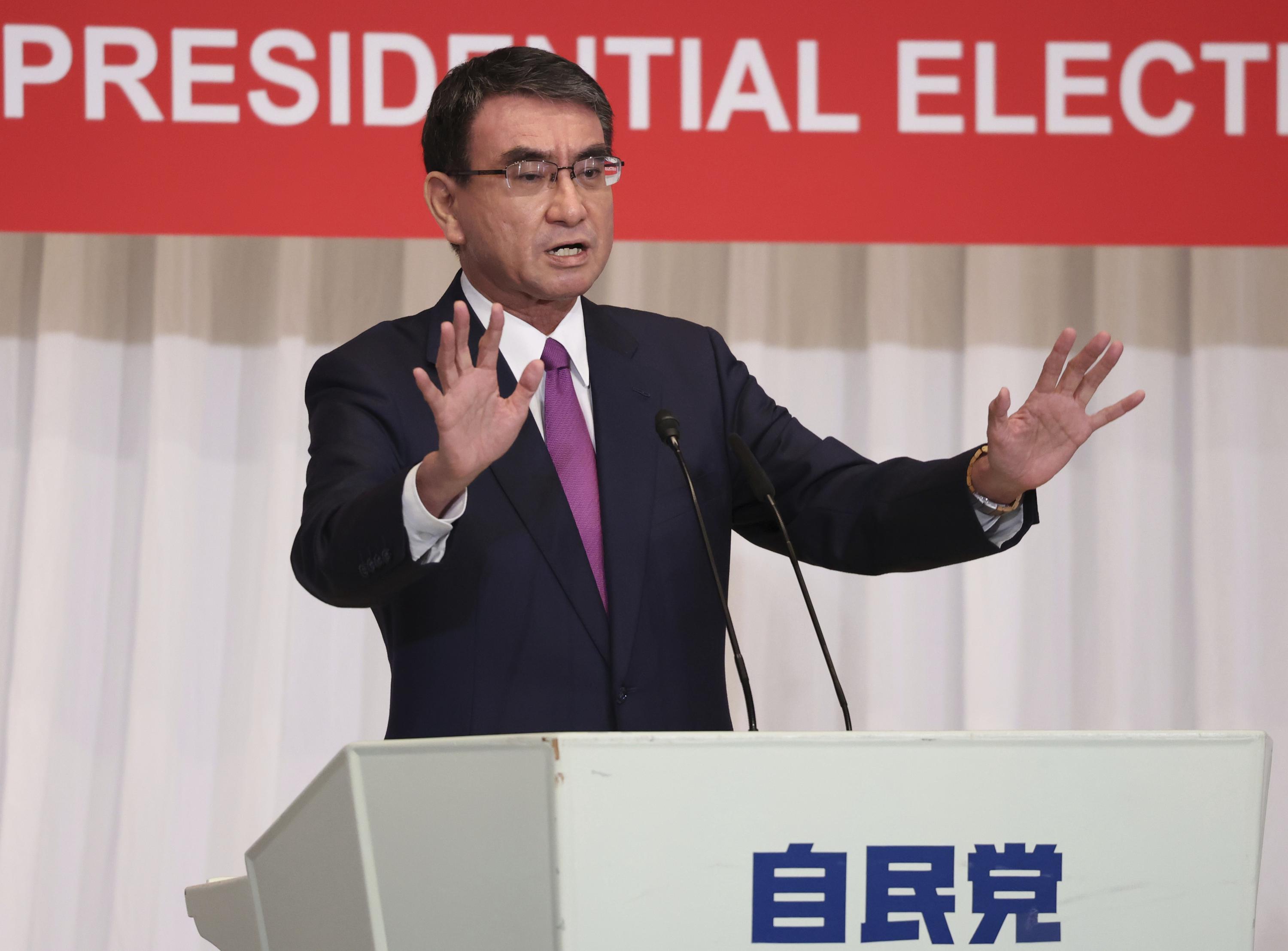 TOKYO (AP) – The race is on for the next Japanese Prime Minister.

The official election campaign began on Friday for the new leader of the ruling Liberal Democratic Party in Japan, a role that usually signals the next national leader.

Four candidates are in the running in the September 29 vote to replace outgoing Prime Minister Yoshihide Suga, who will step down at the end of his term at the end of this month after serving just one year. He succeeded his predecessor Shinzo Abe.

Unusually for Japan, two women participate in the race. The only other female challenger was in 2008, when Yuriko Koike, who is currently governor of Tokyo, had a race.

Earlier on Friday, the four men each submitted their official candidacy for party headquarters ahead of a series of joint public debate sessions and other campaigns slated for the next 12 days.

Their policies focus on the pandemic and its economic fallout, and the increasingly aggressive role China has played in regional affairs.

Support ratings for Suga and his government have plunged due to his handling of the virus and his insistence on hosting the Olympics despite the pandemic, and the party is hoping a new face can bring them victory in the general election that must be held by the end of November.

Taro Kono, currently minister in charge of vaccinations and considered a frontrunner in the election, said at the launch of his campaign on Friday that he wanted a society people will see as compassionate. Considered a maverick in Japan’s conservative political culture, Kono says he is also seeking to reform his own party.

Former Foreign Minister Fumio Kishida, considered close to Kono, said he would listen to the voice of the people and “restore a sense of unity in this country divided by the coronavirus pandemic”. Once considered an undecided moderate, he has become a security and diplomatic hawk as he seeks support from influential conservatives like Abe.

Sanae Takaichi, who shares Abe’s right-wing and revisionist political views, is seeking to be the country’s first female prime minister. Calling for a stronger army, the former home affairs minister said on Friday that she wanted the government to spend enough to create a “beautiful and strong Japan that grows.”

“It’s not just strength that we need,” said Seiko Noda, former Post and Gender Minister and the other hopes to be Japan’s first female leader. Arriving late, Noda is committed to creating a diverse and inclusive society that she says is lacking in Japan.