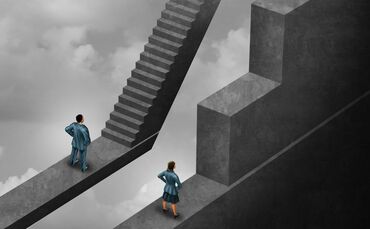 Increased attention to the “S” or social pillar of ESG by investors and regulators should lead to deeper scrutiny of companies’ progress on gender equality and encourage better data transparency in this area.

Speaking in an interview with Investment Week ahead of the 2022 Women in Investment Awards, Francois Millet, Head of Climate and Thematic Business Development at Amundi ETF, Indexing and Smart Beta, said momentum is now building thanks better disclosure of social criteria, including gender equality, at this stage of ESG investment development.

“We have seen a massive conversion of assets to ESG strategies over the last five years and a lot to environmental strategies, especially over the last two years. Social issues and the main component of corporate social ranking, which is crucial human resource management, has not been ignored, but insufficiently addressed,” he commented.

“When you look at a company’s ESG rating, the social pillar is actually number one, so it’s usually more heavily weighted than the environmental and governance pillars, at typically 35% – 45% of the global weighting. More than half of it is the management of human capital, the rest being the impact of the products on social issues.

“This situation is changing under the impetus of regulations, particularly in the European Union, which push investment managers and distributors to improve disclosure on the number of criteria, including gender equality. They must also test suitability to clients in terms of ESG preferences based on numerous criteria, including human capital management and gender equality Companies will also be subject, through new sustainability reporting guidelines companies, to the same types of bonds. We are convinced that this will grow.”

Diana van Maasdijk, co-founder and CEO of Equileap, an ESG data provider specializing in gender data, pointed out that there is still a serious problem to solve in terms of global gender equality, but tackling this challenge can bring change and a positive impact for everyone, not just women in the economy.

“The reason data is important is that it can be used by responsible investors who care about ESG to add a gender lens and choose companies that are more successful in gender equality,” said she declared. “This is an opportunity because what we’ve seen from our data is that companies that have better gender equality scores also have better financial performance and lower volatility.

“We have a problem and we still need to close the gender equality gap, but with data we get transparency, and that data can be used for products that are good, not only for the world, but also for your wallet.”

In terms of collecting data on gender equality, Van Maasdijk said progress has been made in recent years, but challenges still remain. Equileap currently analyzes a universe of approximately 4,000 publicly traded companies with a market capitalization of $2 billion or more, listed in any of 23 developed economies. It contacts companies for self-published data, then collates data points using its proprietary Global Gender Equality Dashboard for each group.

The dashboard incorporates 19 data points, including gender balance across all different levels of the company, information on the gender pay gap, and policies such as parental leave and work flexible. This also includes supplier diversity policies, so if a company sources from women-owned businesses and if they have security in their supply chains. Companies then have the opportunity to validate the data collected.

Van Maasdijk said the biggest challenge they have faced is the lack of corporate transparency in many areas where they would like to see data released. For example, only 17% of the 4,000 companies they analyze publish their figures on the gender pay gap.

“There are companies that don’t publish their percentages of men and women at the headcount level, let alone managers,” she added.

However, she said Equileap is pushing for change by applying transparency as a step forward if companies want to see their gender equality scores improve, which has led to major improvements since Equileap started authorizing its data in 2017.

Use of gender equality data

Amundi ETF used gender equality data from Equileap to build its Gender Equality ETF, which was launched in 2017 and is classified as an Article 8 fund, according to the Amundi SFDR. EU.

There are portfolio construction constraints, including a 50% US weight floor and a 10% cap for other countries, while the portfolio is rebalanced based on an equal weighting methodology, which which, according to Millet, avoids an over-representation of very large caps. in the top 150 by gender ranking.

“The ETF also has underweights in sectors like healthcare and energy and overweights in financials, communications services and consumer staples, which tend to have better gender rankings. In terms of risk factors, we favor smaller large caps more, we favor companies that tend to have lower earnings viability and higher dividend payout policies.”

Breakdown by country (weight in %)

Millet and Van Maasdijk also see a number of possible areas of expansion for gender equality data and how it will be used in the future as ESG investing continues to evolve.

Van Maasdijk said: “People interested in ESG investing are asking for more ‘S’ standards in the products they want to invest in. So, in addition to extending our research to companies in emerging markets, I would also like to look small cap companies.”

“When it comes to gender equality issues, it is also very important to look at the intersection of other social issues related to discrimination within the workforce. This means addressing issues of ethnicity and recognize that while there is gender discrimination, the experience of a white woman will be different from the experience of a black woman in labor and leadership roles.”

Millet added: “I think we will have a larger set of reported data and a smaller set of estimated data, because there will hopefully be progress in the mandatory disclosure obligations of companies and also better standardization. ratios that will be declared.

“In terms of thematic investing, once people have finished mainstreaming climate-aligned strategies, they are now focusing on other thematic strategies that have been on the back burner for the past few years.

“Social issues are crucial, of which human capital is the essential pillar and gender equality is an important component. We see an appetite for more pure social thematic products than in the past, where attention has certainly been hijacked by global policies or the reporting obligations of our investors. Gender equality will continue to be a strong pillar in this regard.”

Amundi ETF is the main sponsor of the Women in Investment Awards 2022. You can find out more about the awards by clicking here.

Nearly half of all young people suffer from poor mental health as rate DOUBLE in 15 years, study finds

Guernsey’s new Prevention of Discrimination Ordinance – are you ready to meet the requirements? – Comment