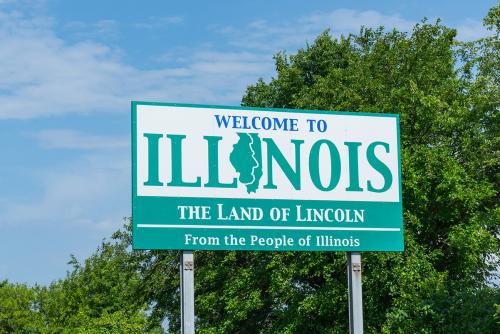 
In a wave of activity until the wee hours of June 2, 2021, Illinois lawmakers concluded a spring session that saw the passage of numerous measures that will affect employers in the state throughout the work relationship. Among the most important of the many bills submitted to Governor Pritzker for signature are the laws amending the Artificial Intelligence Video Interviewing Act, the Equal Pay Act, the Economic Safety and Security Act. victims (“VESSA”) and the law on freedom of work. Governor Pritzker is expected to sign all of the aforementioned bills.

As previously explained, the state’s Artificial Intelligence Video Interviewing (“AIVIA”) law requires employers using Artificial Intelligence Compatible (“AI”) video interviewing technology to during the hiring process to make certain disclosures and obtain the consent of candidates, and also includes privacy protections. Upon the governor’s signature, AIVIA will be amended to include new provisions that require some employers to use AI analysis during the selection process to collect and report demographic data. Specifically, if an employer relies on only on AI to determine if a candidate will be interviewed in person, then that employer will be required to keep track of the race and ethnicity of (i) candidates who do not interview in person after screening and (ii) the candidates who are ultimately hired. Covered employers will be required to prepare an annual report of demographic data collected during the twelve month period ending November 30 of each year, to be submitted by December 31 to the Illinois Department of Commerce and Economic Opportunities (“DCEO Who must then analyze the data and report by July 1 of each year if it has revealed racial bias in the use of AI. It is important to note that this change only affects employers who rely on only on an analysis of a video interview using AI to shortlist potential candidates for in-person interviews. If adopted, the new provisions would come into force on January 1, 2022.

Illinois employers should also take note of upcoming changes to the state’s Equal Wage Act (the “Law”). This includes new wording which, notwithstanding the prohibitions in the law on investigating a candidate’s salary history, allows employers to request confirmation of information on unvested equity or compensation. deferred from a candidate, if the candidate has voluntarily and spontaneously provided this information.

In addition, the legislature approved substantive changes to the filing and certification requirements of the Act, some of which benefit employers. For example, the implementation of the requirements for “covered employers” (described below) to certify their compliance with the Equal Pay Act has been delayed and safeguards against bureaucratic errors and overzealous enforcement have been delayed. been added.

New deadlines and procedures for obtaining registration for equal pay

Under the revised Equal Pay Registration Certificate requirements of the law, private employers with more than 100 employees in the state of Illinois who are required to file an annual information report on the employer (EEO-1) with the United States Equal Employment Opportunity Commission) are considered “covered” and must comply with the registration provisions of the Act. Here are the key points to note:

Significantly, the amended legislation imposes duties on IDOL, including an obligation to collect contact information from each covered company and to assign deadlines to companies for their EPRC requests. The amendments expressly provide that the state’s failure to do so may be a mitigating factor in any determination that an employer has violated the certification requirements of the law. The amendment also gives employers the option to remedy deficiencies and resubmit a deficient EPRC application, or to appeal the rejection of an application. The changes also simplify the EPRC application and add important privacy protections to any individually identifiable information.

Changes to the sanctions that may be imposed

Advantageously for employers, the changes eliminate the potential civil penalty of 1% of a company’s gross profits, if an employer does not comply. On the flip side, the amendments increase fines up to $ 10,000 for any violation of the law, including investigations into salary history, discriminatory salary practices and retaliation.

The legislature approved amendments to the Victims’ Economic Security and Safety Act (“VESSA”), which gives victims of sexual and gender-based violence and domestic violence the right to employment-protected leave. The amendments expand the definitions of relevant “violent crimes” and of those referred to as “family or household member”; provide that an employee has the right to choose what form of documentation (if available) is to be submitted; and provide that an employer cannot require or even request more than one document during the 12-month period in which the VESSA leave is requested, if the requested leave is related to the same incident (s) (s) or author (s). In addition, the amendments add a new section to the law requiring the confidentiality of any information obtained by an employer under VESSA and prohibiting the disclosure of such information or documents without a written request or the consent of the employer. employee, unless otherwise provided by law. Finally, the amendments provide that victims cannot be prevented from receiving voluntary leave benefits.

As we reported in detail earlier, the legislature also passed a comprehensive reform of Illinois law regarding non-compete and non-solicitation agreements. The law, which imposes certain due process protections for employees while clarifying certain ambiguities in Illinois common law, will only apply to agreements entered into after January 1, 2022. Please see our previous report information on what Illinois employers must do now to comply.

Despite the large number of laws passed during the session, unfinished business remains. The legislature is expected to return in the coming weeks to vote on pending measures, including changes to the Identity Protection Act and the Unemployment Insurance Act.

As always, we’ll keep you posted on any changes affecting employers and welcome your questions.