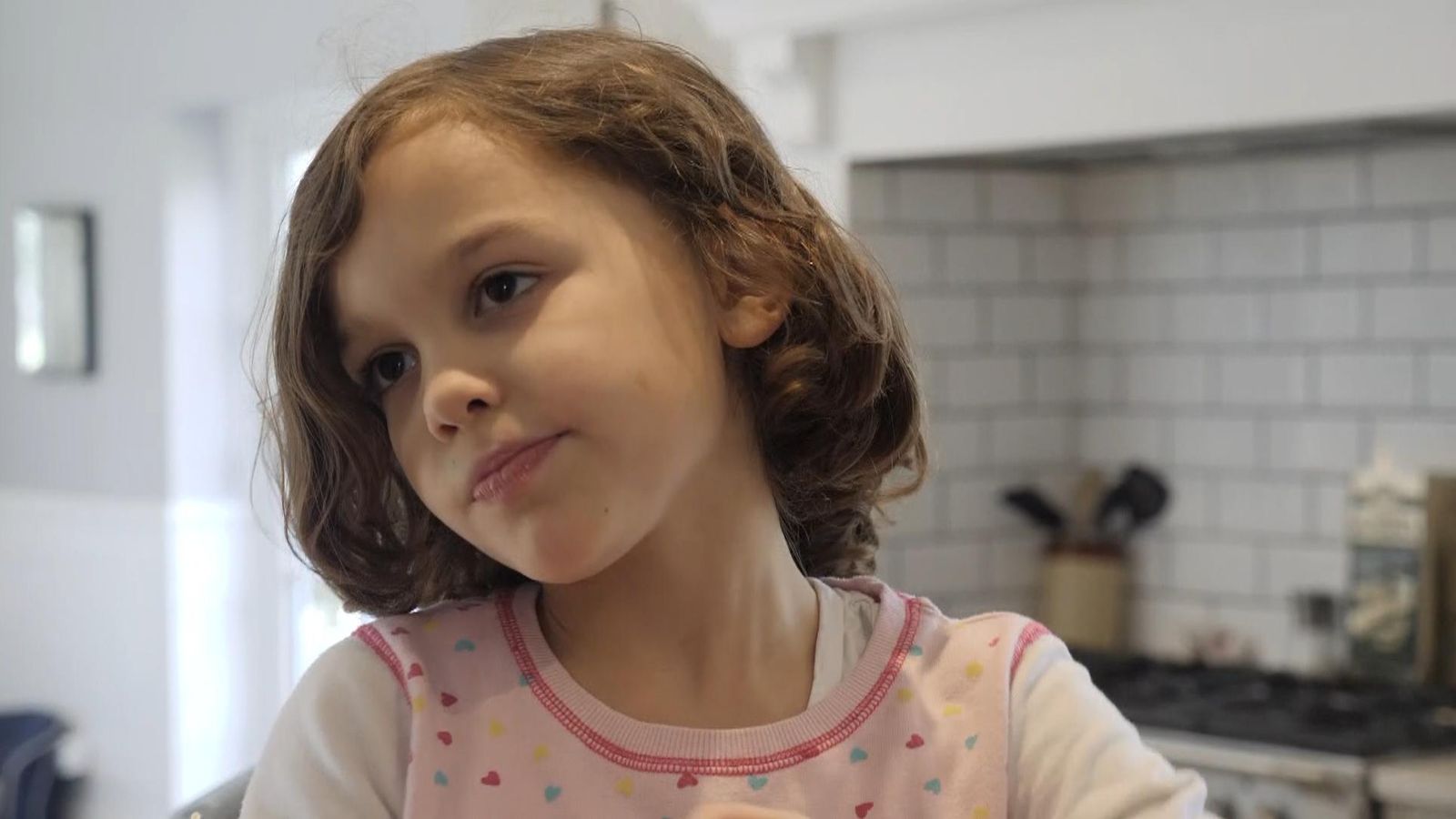 Since 2014, the Saccone Joly family has been documenting their daily life online to almost two million followers.

Jonathan and his wife Anna were just a young couple with a dog when they started recording videos for YouTube, but they quickly sparked interest when they filmed the birth of their first child, Emilia.

For years they continued to create content for YouTube and made a lot of money in return.

But after hitting his 40s, Jonathan said he knew he had to change. He wanted to move away from the “fluff” and focus on promoting positive messages about mental health and gender identity.

“The perfect mix of a girl and a boy”

Jonathan describes a traumatic childhood after having to suppress who he really was.

“I grew up thinking all the thoughts in my head were wrong. I know that left me with a lifetime of trauma,” he said.

Jonathan recently revealed to his followers that he is non-binary and uses the pronouns he/him. He also announced that his second child, born a boy, is now a transgender girl named Edie.

Through various films broadcast on their Saccone Joly channel, we see Edie, who just turned eight, saying goodbye to her old name Eduardo and seeing her delighted to be able to wear girls’ clothes.

“She’s beautiful, she’s amazing because she’s the perfect mix of a girl and a boy,” Jonathan said. “She’s probably the most understanding of all our kids because she overcame something that she oppressed as a child and then was told, ‘Hey, you can thrive, it’s okay.'”

Jonathan added: “I think a child’s emotional intelligence is something people think, ‘Oh no, she can’t have those feelings and have those emotions’. But if you talk to trans people adults, they’ll tell you they were trans from the day they were born.”

Jonathan and his family have suffered a lot of “hate” from online critics about his gender identity and Edie.

“People will say you’re forcing her or she’s too young to know what’s going on,” he said. “But I think it’s your lack of exposure to that environment. You don’t have a trans kid, you’re not a trans person.”

Jonathan shared how Edie told him about “sleepless nights” after seeing a video about puberty.

She told him “I don’t want to have hair on my face”, and asked him: “I’m going to have babies when I grow up, right? I’m going to be a mom?”

“As a parent, I don’t know how to answer that question because it’s really sad to see a child questioning everything,” Jonathan said. “And then you get cisgender people who have no experience saying it’s wrong.”

The family has an “exit strategy” if Edie wants to change her mind in the future.

Meanwhile, Jonathan hopes to use his online platform to educate others about gender identity.

New research shows that nearly 80% of high schools have students who identify as trans or non-binary.

A YouGov poll commissioned by human rights organization Sex Matters also found that two-thirds of teachers would be interested in government lesson plans on gender identity.

Helen Joyce, Advocacy Director at Sex Matters, said: “It’s clear from what teachers have told us that schools are feeling at sea on this difficult topic.

“They lack guidance, feel confused that they’ve gotten conflicting information about it. And more worryingly, parents feel left in the dark about what children are being told about sex, gender and issues. trans.”

The Department for Education said: “We recognize that gender identity can be a complex and sensitive subject for schools.

“We will be working with the Equalities and Human Rights Commission as we consider our next steps to support schools in this area.”

Calls for more support in schools come after the government announced a ban on so-called conversion therapy would not include trans people.

It prompted 100 organizations to boycott the UK’s first global LGBT conferenceforcing the government to cancel the event.

Read more: What is conversion therapy and what has been the government’s position?

Jonathan said he was shocked at how far he felt the company had gone backwards.

“I would have assumed we would be more tolerant today,” he said.

“To make a group of people in society feel left out, it allows someone to weaponize what the government is saying and use it in a negative way to put more controls in place and hold people back, which is so unfair.”