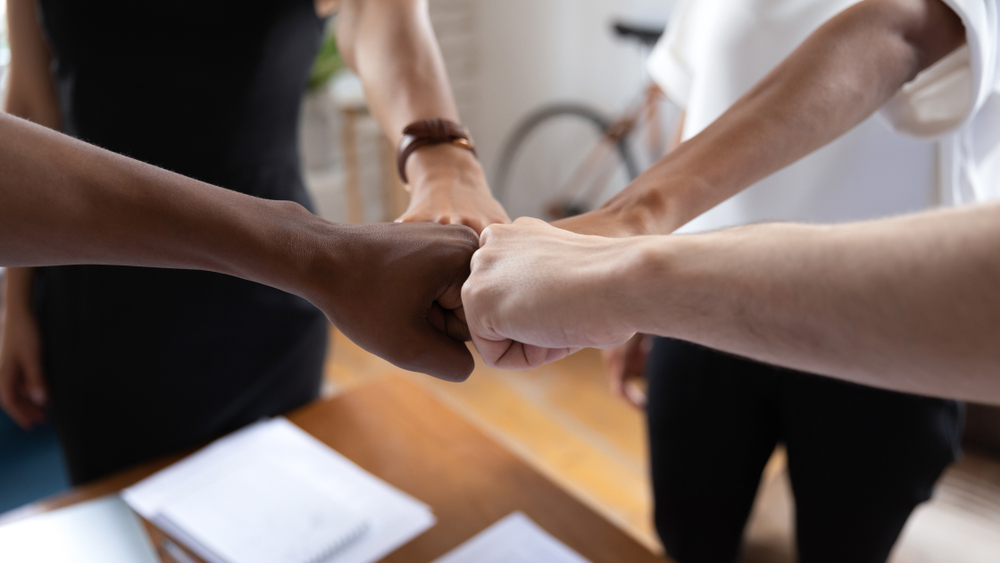 HP was the first Fortune 100 tech company to commit to gender parity in leadership.

In May, HP Inc. announced a series of goals designed to foster a more diverse, equitable and inclusive tech industry. This included a commitment to achieve gender parity in leadership by 2030.

The announcement came as part of the Lasting impact strategy. The strategy is focused on creating a positive and lasting impact on the planet, HP employees and the communities where they live, work and do business.

In February, HP called on its partners to adopt its Sustainable Impact initiative. And in conjunction with Earth Day in April, the company laid out its plans for fight against climate change.

Earlier this year, HP was on Forbes’ fourth annual list of America’s Best Employers for Diversity.

Enrique Lores is President and CEO of HP Inc. “Creating a culture of diversity, equity and inclusion has long been integral to HP’s success, but our work is far from over,” he said.

“We will continue to push to remove barriers within our own organization while using our platforms to advance gender and racial equality, social justice and human rights in our ecosystem.”

Since its inception, HP has recognized the power of diversity to fuel innovation and that progress starts from the top. The company intentionally created one of the most diverse boards of directors in the tech industry. Today, it remains one of the premier tech companies with women in leadership positions. Over 30 percent of HP executives are women. This is almost double the industry benchmark of 16% women in leadership positions.

According to diversity figures on the company’s website, its board of directors is made up of 46% women and 54% minorities.

COVID-19 has disproportionately affected many women. One in four plans to leave the workplace or downgrade their career, according to a recent study by Lean In and McKinsey. In response, HP is making a concerted effort to support the career advancement of women. In addition, the company aims to achieve 50/50 gender equality in HP leadership by 2030. In addition, HP is committed to reaching over 30% of technical women and women in roles. engineering by 2030.

In addition to championing gender equality, HP has a long history of promoting racial equality and social justice. They are founding members of the Historically Black Colleges and Universities (HBCU) Business Deans Roundtable. HP maintains a lasting relationship with HBCUs and hosts an annual commercial challenge to help black students start a career in tech. HP’s supplier diversity program in the United States had an overall economic impact of approximately $ 1 billion last year.

In January, HP announced the launch of its Racial Equality and Social Justice Working Group. The task force has a comprehensive set of goals to accelerate strategies, practices and policies regarding the pipeline, retention and promotion of Black and African American talent.

Within the company, the goal is to achieve 90% (vs. 84%) inclusion index for black and African-American employees by the end of the year. in 2021. And, the company is committed to doubling promotion rates, technical representation, and the number of black and African American executives by 2025.

In addition to gender parity, HP aims to have its racial / ethnic representation meet or exceed market availability in the United States by 2030.

Within industry, HP leverages its purchasing power to influence its ecosystem, including HP partners, vendors and suppliers. Their goal: By 2022, 10% of HP’s diversity spend will be with black and African-American vendors. Likewise, 10% of HP Accounts Payable Managers will be black and African American by 2022. Additionally, the company plans to complete STEM pilots in target communications with channel partners and vendors.

HP is also a founding member of A ten, a coalition of companies coming together to develop, hire and advance one million black people in America over the next 10 years into family-supporting jobs.

Lesley Slayton Brown is the Head of Diversity at HP. “The COVID-19 pandemic, combined with the murder of George Floyd and so many others whose lives have been needlessly cut short, has triggered a long overdue toll with the systemic inequalities that plague our communities,” she said. declared.

“We are determined to turn the tragedies and challenges of the past year into a force for meaningful change. We will not turn a blind eye to the forces of racism, discrimination and inequity that hold so many people back from reaching their potential. We won’t rest until everyone, everywhere, has access to the opportunities they deserve.

Companies must have a duty to eliminate harassment in the workplace, says Commissioner Kate Jenkins