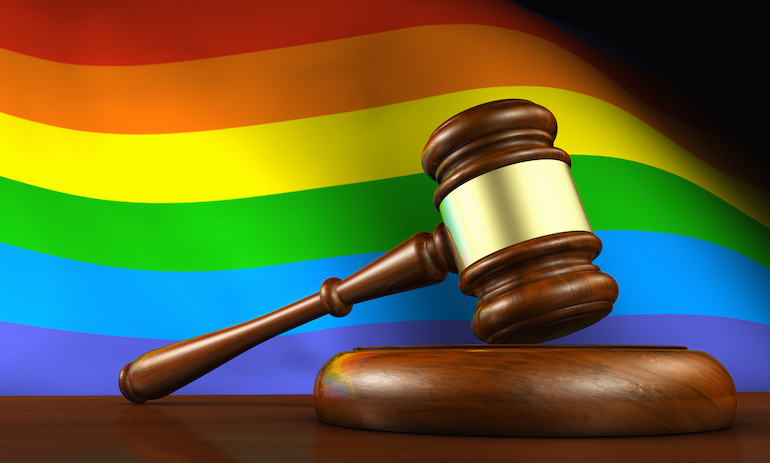 Marriage equality has created a model for mobilizing the sector to advance LGBTIQA+ rights, but organizations have yet to consider how they can be allies as Australia heads to the polls, writes Nevena Spirovska.

Here we go: Australia’s federal election will take place on Saturday, May 21, 2022. Potential voters will be treated to a lengthy federal election campaign over the next six weeks – a campaign that seemed to have started in earnest some time ago.

As social service organizations refine their election strategies by pursuing candidate and political party pledges, attempting to block funding and securing very important meetings with parliamentarians, it is important to consider adopting a holistic and based on the needs of federal advocacy. All organizational electoral priority lists must consider and respond to the needs of minority communities, including LGBTIQA+ communities.

LGBTIQA+ communities are resilient and show remarkable tenacity despite continued and sustained political attacks, especially against trans and gender diverse communities. But, one point bears repeating: nearly all measures of health and well-being reflect that LGBTIQA+ people still fare significantly worse than non-LGBTIQA+ people. They experience disproportionately higher rates of homelessness, and the mental health of LGBTIQA+ people has been at critical levels for decades, with little sign of improvement.

Equality Australia CEO Anna Brown said of the investigation: “Our community wants action on laws that allow religious schools to expel, fire or discriminate against students or staff. because of their sexual orientation or gender identity. And we want to end harmful conversion practices that seek to change or take away who we are.

For organizations focused on industrial relations, LGBTI advocate and activist Alastair Lawrie offers a simple and powerful pledge that could be included in any political party’s election platform and easily adopted as policy:

“While discrimination on the basis of sexual orientation, gender identity and intersex status are all prohibited under the Sex Discrimination Act 1984 (Cth), only sexual orientation is included as a relevant attribute in the Fair Work Act for the purposes of protection against “action” (Section 351(1)) and “unlawful termination” (Section 772(1)(f)), as well as in the sections dealing with the content of awards (section 153) and enterprise agreements (section 195), and the functions of the Fair Work Commission (section 578(c)).

This means that the ability of lesbian, gay and bisexual workers to complain to the Fair Work Commission is certain. But significant doubt remains about whether trans, non-binary, and intersex employees can do the same. The solution? Amend the Fair Work Act to explicitly protect transgender and intersex workers.

Research and reports show that current service systems are not working for LGBTIQA+ people. Many LGBTIQA+ people delay seeking the treatment and support they need for fear of stigma and discrimination. LGBTIQ+ Community Controlled Services are initiated and operated by and for LGBTIQ+ communities, to provide safe, reliable and culturally appropriate services. Ensuring consumer choice and access to culturally safe and sustainably funded LGBTIQ+ community-controlled services is critical to improving health and well-being outcomes for LGBTIQA+ people. How does your organization support the work of LGBTIQ+ community-monitored services at the federal level? How do you advocate for them?

Social, political and legislative change occurs, in large part, through organized collective action. The Campaign for Marriage Equality has set a national model for how activists, organizations, businesses, social movements and allies have mobilized for decades to push parliamentarians to allow same-sex marriage, with the passage of the Marriage Amendment (Definition and Religious Freedoms) Act 2017. This is just one example of how communities have changed the needle: with much more progress needed in the upcoming federal election, it certainly won’t be the last time we do it.

We work best when we work together, in a conscious and coordinated way, bringing all members of our communities together, raising our voices to create a powerful choir.