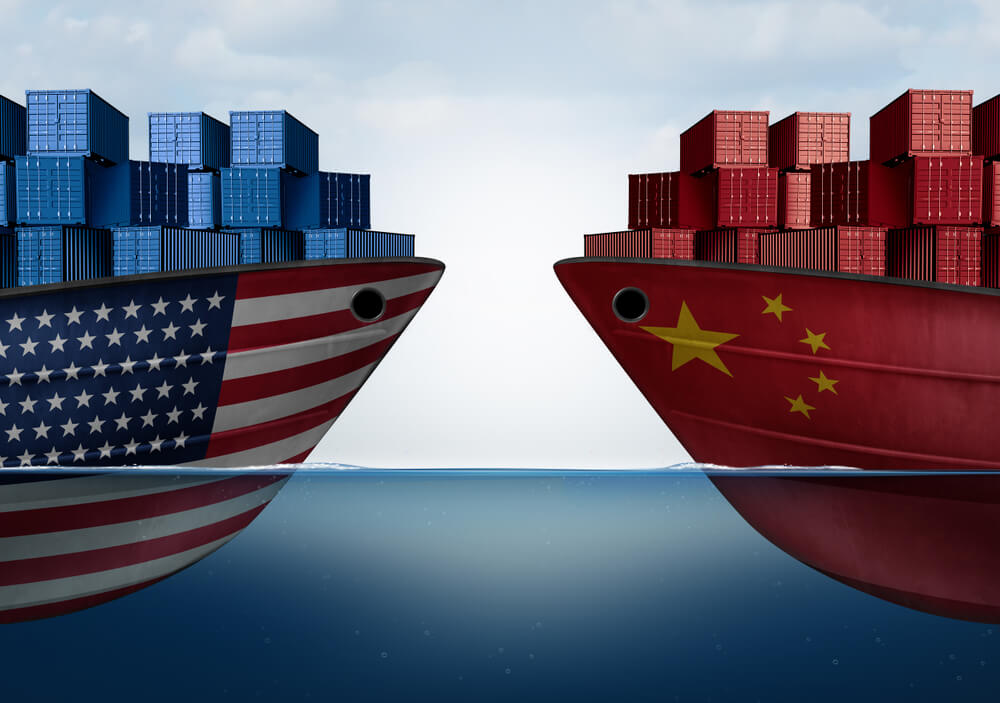 The Regional Comprehensive Economic Partnership (RCEP) is a free trade agreement between 15 countries in the Asia-Pacific region and by far the largest free trade bloc in the world ever formed.

Given former US President Trump’s withdrawal from the United States of the Trans-Pacific Partnership (TPP) and the Biden administration’s recent vaccine diplomacy at sea to cultivate goodwill and trade, will RCEP be the… asset card to regain power in the East while dimming the light of the USA?

But first, what is RCEP?

Launched January 1 this year for 10 Asia-Pacific countries, RCEP was launched in 2012 by the Association of Southeast Asian Nations (ASEAN) to strengthen ties with China and other APAC countries.

South Korea would join the bloc on February 1, 2022, 60 days after its ratification, while Malaysia, Indonesia, Myanmar and the Philippines are expected to ratify soon.

The dances of American-Chinese diplomacy

China has long strained relations with the United States, even as early as 1949. Over the decades, relations between the United States and China have grown and fallen, but it was in the late 2000s that tensions began to escalate. In 2010, China overtook Japan to become the world’s second-largest economy, and only two years before, became the United States’ largest foreign creditor, or holder of US debt or treasury bills.

Goldman Sachs chief economist Jim O’Neill said at the time that China was on track to overtake the United States as the largest economy by 2027. Then-US Secretary of State Hillary Clinton in November 2011 described an American “pivot” to Asia, calling for increased investment and diplomacy in the Asia-Pacific region to counter the growing power from China.

That same month, then-President Barack Obama announced that the United States and eight other countries had reached an agreement on the TPP, which would become the centerpiece of the strategic pivot to Asia.

On Asia and free trade agreements

the trans-pacific partnership (TPP) was to be an FTA for 12 Pacific economies, promising lower tariffs and lower trade barriers between several Asian countries, as well as North and South America. It would have been the largest free trade agreement in the world, covering over 40% of the global economy.

Supporters of the TPP believe the deal would have expanded U.S. trade and investment abroad, boosting economic growth, lowering consumer prices, and creating new jobs, while advancing U.S. strategic interests in it. APAC.

However, critics, including then-President Donald Trump, said the deal would worsen the decline of manufacturing, falling wages and rising inequality in the United States. Tensions between China and the United States escalated further in 2012 when the United States and its allies brought China to the World Trade Organization, alleging a violation of international trade standards, to which, of course. , China disagreed.

In the same year, China began to rally support for the RCEP and underwent a leadership overhaul, replacing 70 percent of its governing bodies, including then-President Hu Jintao, with current President Xi Jingping. The CCP has talked about the “rejuvenation” of China. China’s support for RCEP peaked in 2017, and in the same year, then-US President Trump withdrew the United States from the proposed TPP (Trans-Pacific Partnership) pact.

As such, it could not continue and the other countries worked to establish a more recent version, called the Comprehensive and Progressive Agreement for Trans-Pacific Partnership (CPTPP).

Fast forward to 2021, China had embarked on its own vaccine diplomacy efforts, rushing its own variants of the Covid-19 vaccines and giving them to countries with very clearly attached conditions – to mixed results, however.

Earlier in 2021, the Biden administration wasn’t doing much in the region, but that changed in May, in a bid to counter not only China, but Russian vaccine diplomacy in Asia.

In September 2021, China applied to join the pact, although the Biden administration was unwilling to join.

And now, with China’s accession to RCEP, many expect it to be a key tool for China to have an advantage over the West’s influence in the Asia-Pacific region.

What will the RCEP bring to the signatories?

RCEP comprises a mix of low, middle and high income countries in the Asia-Pacific region, and is expected to propel the region into the domination of the digital economy.

Its main selling point is the elimination of tariffs for cross-border trade in goods.

This is a big problem, because inter-Asian trade is already more important than trade between Asia, North America and Europe combined.

Once RCEP went into effect, 65% of tariffs fell to zero – and that number is expected to rise to 90% within 20 years.

For RCEP’s exporters to benefit from these tariffs, they would have to comply with its common framework of “rules of origin,” said Ajay Sharma, HSBC’s global trade and debt finance regional manager for Asia. Pacific, in a report by SCMP.

This means that at least 40% of the inputs come from the RCEP block, so that their end products benefit from tariffs when exported to other member countries.

Sharma further estimated that the diversification of supply chains and FDI (foreign direct investment) will be accelerated as companies will find it easier to use ASEAN as a production base, given the associated lower trade costs.

He also added that this would “streamline existing FTAs ​​in APAC and strengthen intra-regional trade ties”.

Asia-Pacific, especially ASEAN, has a long history of close and successful cross-border trade, mainly due to proximity and similarity of cultures, which facilitates logistics and market demand for goods. .

However, unlike the European Union (EU), the APAC region had been a bit slower to rectify existing bottlenecks in processes, laws, regulations, tariffs and access to finance, in particular with regard to global value chains.

While ASEAN’s trade has admittedly been negatively affected by the pandemic over the past two years, heavy damage has been largely avoided through several approaches.

Digitization in the form of improved digital connectivity, automation of operational services and strong government policies prioritizing digitization in cross-border commerce played an important role in mitigating the effects of the pandemic in ASEAN.

Additionally, the region is a region that is rapidly recognizing and leveraging fintech. This is widely applied to foster better financial inclusion, in the region that is home to the world’s largest population of unbanked and underbanked consumers.

In addition to driving smoother payments, digitalization brings a host of other benefits to businesses and consumers, especially in the digital payment center it is Southeast Asia.

RCEP and the Chinese economic impact

RCEP comes at an opportune time for China, as its foreign trade ambitions have been doubly impacted not only by strained relations with Washington, but also by the effects of the Covid-19 pandemic.

The APAC region itself is doomed to massive success, and a huge catalyst for this would be China’s presence on trade and supply routes, as well as a huge domestic market hungry for ASEAN products. This is certainly a beneficial arrangement for both China and ASEAN.

As reported by SCMPAccording to Vice Minister of Commerce Ren Hongbin, China’s participation in RCEP “will hedge against the negative economic impacts of Covid-19”, and will also serve as a “powerful lever” to maintain the stability of foreign trade and investment in 2022.

According to Yu Benlin, head of international economic and trade affairs at the Ministry of Commerce, China and RCEP member countries will see tariff cuts on both sides, such as machinery and equipment, electronic information, chemical industry, light industrial textiles and more than 57% of Chinese exports to Japan next year will immediately reach zero tariffs.

However, that said, Chinese exporters complained in December about rising freight costs, due to supply chain issues around the world – one exporter claims prices for a 40ft container are more than triple. According to SCMP, industry insiders expect these challenges continue until 2023.

Additionally, according to a Moody’s Analytics report last October, China is both a contributor and a victim of supply chain disruptions that are wreaking havoc around the world. Authors Katrina Ell and Ryan Sweet said, “China’s zero-tolerance approach to Covid-19 may mean that ports or factories close in the short term in response to an outbreak of infection. “

Such closures of critical production centers “disrupt production and the flow of goods globally, not just at home.”

Given how the the world is still trying to cope with Omicron, and with another new variant on the horizon, IHU, We don’t expect China to resume its relentless pursuit of ruthless trade and shipping efficiency just yet – the government still has a long way to go.

But that, of course, doesn’t mean the United States should rest on its laurels – although these are issues China must resolve, it has historically been quick to adapt and overcome tough times.