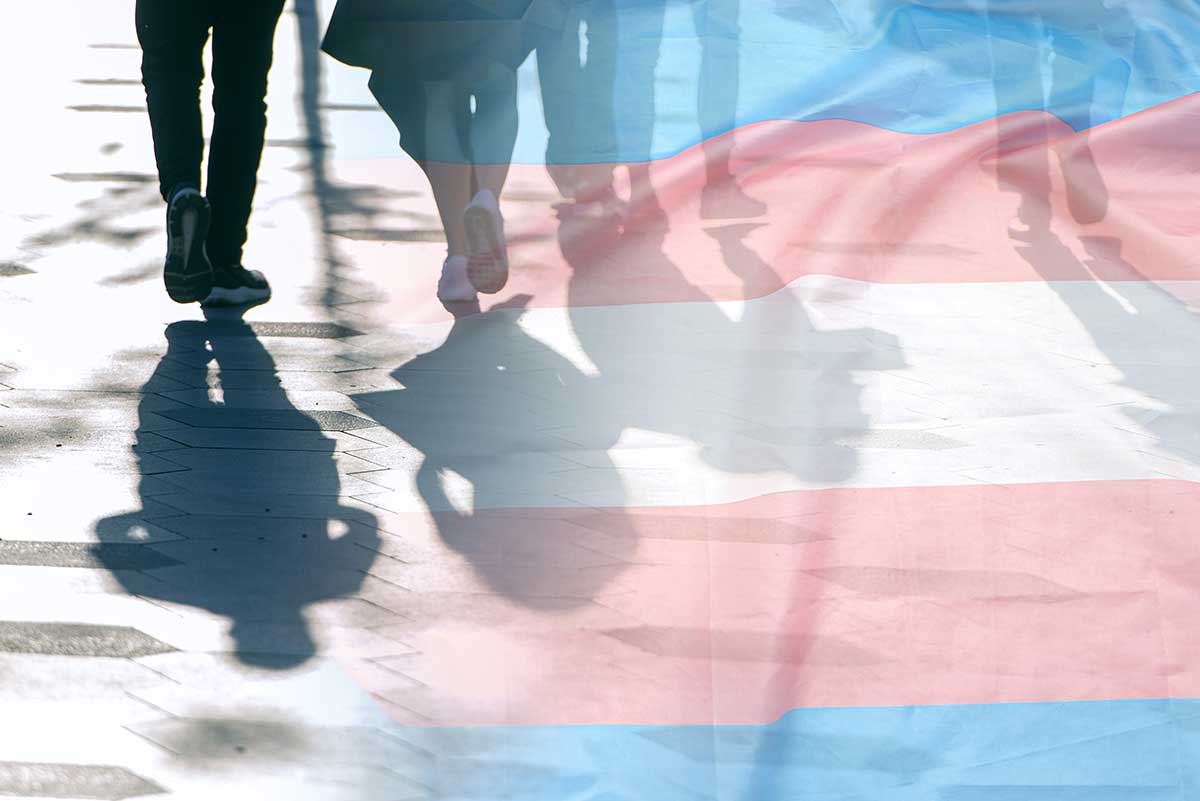 PHILADELPHIA CREAM – Homelessness and unemployment were cited as two lingering issues for many trans people in Philadelphia, according to panelists at a Nov. 10 forum titled Supporting Trans Community.

In the run-up to Transgender Awareness Week, which ran November 13-19, the Philadelphia Office of LGBT Affairs, the Department of Behavioral Health and Developmental Services (DBHIDS) and the Human Relations Commission of Pennsylvania (PHRC) co-produced the virtual event. .

Celena Morrison, Executive Director of the Office of LGBT Affairs, moderated the panel of members of the transgender community, including actress and model Mercedes DeMarko; Joniece Greer, community engagement specialist at the Mazzoni Center who has worked with the local transgender community for over four years; Tyra Johnson, member of the Penn Medicine Community Advisory Board; Darius McLean, former LGBTQ health worker and current director of William Way’s Arcila-Adams Trans Resource Center; and Tazmere Stephens, a recent graduate of Morris Home in Philly, the nation’s only recovery program for transgender and non-binary people with addiction.

Cesar Mantilla, who works for DBHIDS, moderated the event and PHRC Executive Director Chad Lassiter spoke briefly at the end.

When Morrison asked panelists what they thought were the biggest issues facing transgender communities in Philly, the group cited homelessness and unemployment as major issues.

Stephens told fellow panelists he experienced years of homelessness before enlisting the services of Morris Home in Philadelphia.

â€œBeing unstable in housing makes a lot of things unsustainable,â€ Stephens said at the event. “Like just staying employable, not knowing where your next meals are coming from, not even knowing if you’re going to have clean clothes for the next day so you can get to work.”

Philadelphia gay news reported in 2019 that one in five transgender Americans experience housing and homelessness discrimination, and that gender identity is behind the evictions of at least one in 10 transgender people, according to the US Department of Housing and Urban Development.

When it comes to renting an apartment, â€œthere’s always an excuse once people see you’re trans,â€ Johnson said. â€œWe all need housing, we all need jobs. We have been fighting against this for a long time.

Employment discrimination also continues to be another major issue for transgender people in Philadelphia, the panelists said.

â€œYou can qualify for many [jobs], but once people see you’re trans, there’s a doubt, â€Johnson said at the event.

â€œI’ve had experiences where I’ve been in the workforce, and once they found out I was trans it didn’t make me feel welcome, it made me feel like a monster, â€she told the panel. â€œIt plays a big mental role when we have to go through this. “

Transphobia in healthcare facilities still persists for many transgender people, making them reluctant to seek medical care, some of the panelists said.

â€œUsually when you go to hospitals and they find out if you’re trans, you get nurses to take your vital signs and then ask you [if you had] the operation again, â€said Greer. “And I’m just like ‘you don’t need to know that.'”

Based on his previous experience in the health field, McLean said, “The most important thing I would say to doctors and frontline staff is not to use our patients as a learning experience.”

Stephens spoke briefly about his experience at Morris Home and said staff have helped him through his recovery and transition process. “It was a feeling of relief, but I also felt a sense of family there too.”

Although he had largely had a good experience at Morris Home, he noted that most of the staff there were white.

â€œWe need people of the same color as us, [that can] understand what we’re going through, â€Stephens told the group. “I don’t want to talk to [a therapist] I feel like I don’t have the same opinions as me or have had the same life experiences as me. How can you try to help me when you have no idea what I’ve been through?

“I’m not one of the boys”: in the personal journey of a Latina transgender woman | Franck Pizzoli

“Sometimes they can point us [and] sometimes they can’t, but the only thing they’ll know when I walk through the door is – I can’t escape being a black man and I don’t want to, “he said during the meeting. ‘event.

Members of the transgender community can also benefit from stronger education programs focused on life skills, panelists said. Many transgender people need resources that teach them how to live and thrive on their own, including job preparation skills. These skills are particularly vital for those released from prison, Johnson stressed.

â€œA lot of people come out of jail and they don’t even know how to go about getting proper ID, or how to go about finding a place to live,â€ she said when speaking. ‘event.

Finding transcentric and transcompetent services, whether health care or economic support, is difficult for many trans people. To find safe and useful resources, panelists suggested relying on word of mouth, networking, seeking financial assistance from the Coalition for Black Trans Economic Liberation (CBTEL), using the Guide to COVID resources from the Office of LGBT Affairs or the Mazzoni Center’s Trans Resource Guide, by connecting with Facebook groups for transgender people and participating in community panels like Supporting Trans Community.

But many service organizations have yet to raise the bar when it comes to providing resources and programs that will help the transgender community in the long run.

â€œThese programs that they have now, we need more than pizza and drinks,â€ Greer said. “We need something with some substance, and the community isn’t getting it.”

When asked what transgender resources they would like to see in a better world, DeMarko told the panel that she prioritizes home health care for older transgender people.

“They are alone and they have no family, no friends,” she said. “[We need] trained professionals, therapists who are all trained to care for the community. Healthcare for older people with trans disabilities [people], especially when you get to a certain age, you’re going to need it.

As for how allies can better help transgender communities, “invest in caring, go to those repair sites and put [your donation] over there, â€McLean said. He referred to the Trans Resilience Fund which has funded nonprofit and local organizations serving the transgender community.

“It was amazing because it gave us the opportunity to give people money without restriction, and there has to be more stuff like that.”

Michele Zipkin is a reporter for the Philadelphia Gay News, where this story first appeared.