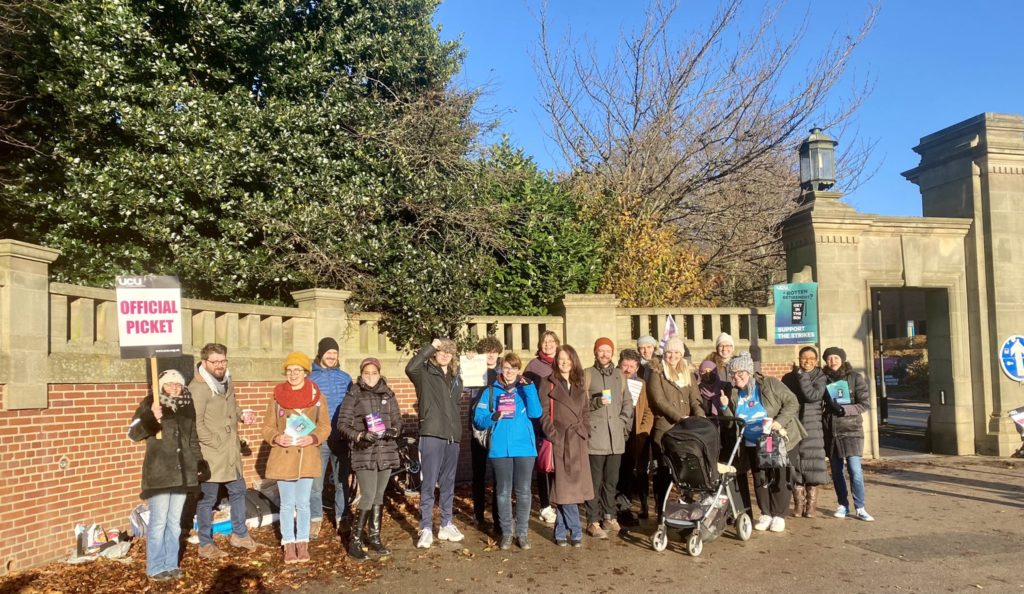 Staff strike for wages and pensions this week

This morning marked the last of a three-day strike by faculty across the country, organized by the UCU – The University and College Union.

Despite the gloomy weather, several groups of students and staff gathered at the main campus gates, forming picket lines.

For many students, the strikes have compounded the disruption caused by the pandemic, but many have shown solidarity with staff fighting to protect pensions and wages.

Ella, a history student, told The Birmingham Tab: “My four seminars for the week have been canceled. Since I’m only the first year, I feel like it didn’t have a major impact, but it definitely made this week’s content a lot less relevant. As her studies were affected, she continued, “I support the strike and the staff, it’s just sad they had to.”

Another student said: “The strikes did not affect me at all. I’m annoyed that this is happening, but they have my full support. “

Members of the Birmingham Labor Group on the picket lines

Solidarité UoB told The Tab: “A significant proportion of the student body is concerned about the working conditions of staff.” This is what the recent results of the Guild referendum show. They continued, “From this point on, we would encourage students to stand by their staff and make it clear that they will not be divided by the university leadership. “

Not all students saw their teaching disrupted

University employers need to know that this conflict is not going to go away – we will support the strike next season without a better deal on pensions, wages, workload, equality, casualization!

The UCU is considering further strike action next year if their demands for equal pay and pensions are not met by universities.

Related stories recommended by this writer:

• The Student Guild voted in favor of the BUCU strikes

Recovering bodily autonomy for people with disabilities in Kazakhstan