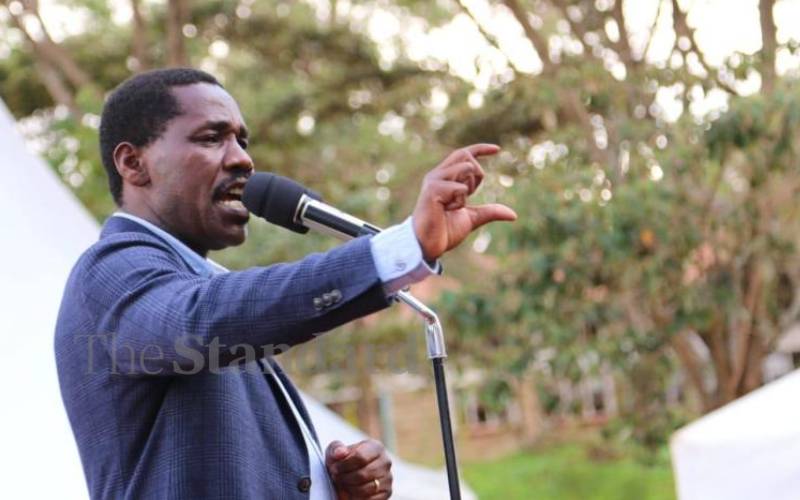 The government is working on modalities to help farmers access affordable fertilizers and feeds to improve production and incomes.

Agriculture Cabinet Secretary Peter Munya noted that high input costs had weighed on farmers and demoralized them from expanding their businesses in agricultural sub-sectors.

Munya revealed that the government has allowed feed manufacturers to import raw materials duty-free that will help lower the cost of feed for farmers.

An import duty exemption for yellow corn intended for processing animal feed, the SC said, will last for one year.

He expressed optimism that stakeholders in agriculture will also come up with other innovative measures to further reduce the cost of feed.

Munya said only feed manufacturers will be allowed to import yellow corn to block cartels determined to take advantage of importing cheaper white corn, which would lead to unfavorable competition with local products.

At the same time, he advised farmers to grow their own food to reduce manufacturing costs.

The SC noted that the dependence on raw materials for animal feed from other countries is a big obstacle as manufacturers dictate prices according to market forces, which is beyond government control. .

Munya has also welcomed private investors who want to cultivate raw materials to lease land from the government at better rates to meet the challenge of raw materials for animal feed.

The government, the SC added, is establishing a council that will regulate and inspect the quality of inputs, including fertilizers and animal feed.

“We want farmers to have access to high quality inputs and get better yields. This will be possible with a council in place that will regulate the sub-sectors, ”he said.

Munya also said the government had increased the price of maize from 1,750 shillings per 90 kg bag to 2,500 shillings through the National Cereals and Produce Board (NCPB).

“We don’t have any raw materials for making fertilizer and so when world prices change we are also affected and especially now when the shilling has fallen against the dollar,” Munya said.

Trans Nzoia Governor Patrick Khaemba challenged farmers to invest in adding value for them to maximize their profits in the market.

“I challenge the stakeholders in the corn sub-sector to bring in ‘value added’ products so that we can have increased incomes,” he said.

The county chief observed that the prices of fertilizers had tripled to reach over 5,000 Sh per 50 kilogram bag and asked the CS to intervene before the next planting season.

Oloibei assured farmers a sufficient stock of quality and certified seeds for the next planting season, while stressing the need for farmers to choose quality inputs.

His NKCC counterpart, Mr Sigey, described the improvements in the dairy sector, saying milk prices had risen from around Sh33 to around Sh45 per liter in the recent past.

“We are working to ensure that the pH levels of the soil are reduced from an acidic to partially alkaline nature so that it can be favorable and ensure increased production to at least 40 bags of corn on an acre of land,” he said. he declares.

Mr. Orlando, CEO of Standard Group, said the media group has platforms that promote information about agriculture as a way to improve the sector.

“I am delighted to announce that we have products that respond to the problems of agriculture and that there is a lot of information shared between agricultural actors with the aim of improving the sector,” he said. declared.

Farmers who attended the exhibition received free copies of the standard newspaper to ensure the dissemination of information.

A judge ruled that a North Carolina charter school’s ban on girls wearing pants was unconstitutional. The school is backing down.