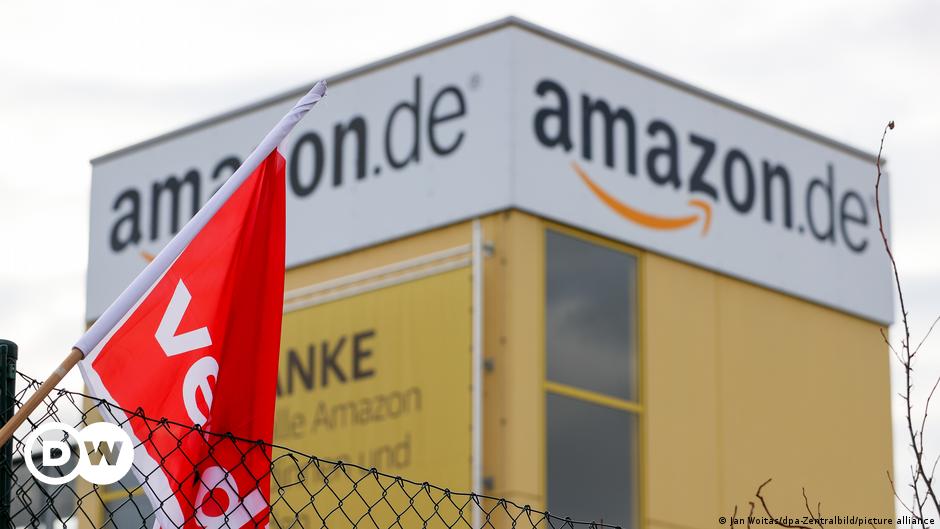 One of Germany’s biggest unions has called on workers at six Amazon warehouses in the country to strike Monday and Tuesday for better working conditions.

The strikes coincide with Equal Pay Day and International Women’s Day respectively. The Verdi union said the timing of the industrial action highlights the gap between “public image and reality” at Amazon.

Why are Amazon workers going on strike?

The union’s main demand is for Amazon to officially recognize collective bargaining agreements in the retail and mail-order sectors, a demand Verdi has made several times over the past two years.

Verdi said Amazon presents itself as “an organization where diversity and equality are highly valued.” However, Verdi said, the reality is that “a computer algorithm” determines the expectations required of an employee.

“The individual, his performance and the personal circumstances of the employees are ignored,” said Mechthild Middeke, strike leader at Verdi in Bad Hersfeld.

The consequences are “work stress and performance pressure,” Middeke added. She said it has a particular impact on those with extra burdens outside of work. “These (employees) are often women, for example single mothers.”

How did Amazon react?

The U.S. online retailer, however, pointed out on Monday that opportunities for professional development at Amazon are plentiful, regardless of employee gender.

In response to Verdi’s demands, the global tech giant has insisted that even without a fixed wage agreement it remains a good employer. “Amazon already offers great salaries, great supplemental allowances, and great career opportunities in a safe, modern work environment,” an Amazon spokesperson said Monday.

Salaries for logistics employees had already been increased last summer, the spokesperson added, as a result “every year everyone at Amazon earns at least €12 ($12.98) gross per hour plus extras”.

Germany is Amazon’s second largest market after the United States. The online retailer said the planned strikes will not affect deliveries of goods to its customers.

VTMNTS’ FW22 Debut Track Is A Statement On Gender Equality