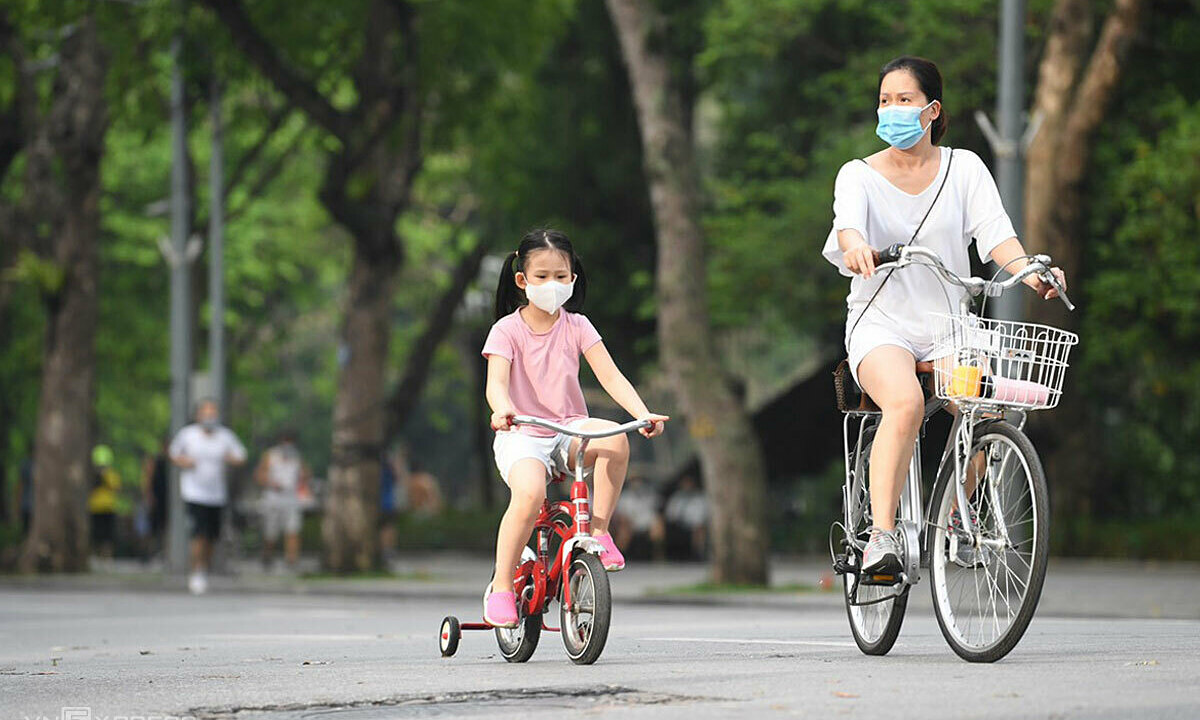 A woman and a girl cycle near Hoan Kiem Lake in Hanoi, June 26, 2021. Photo by VnExpress / Hoang Anh

The gender imbalance in the Red River Delta is the highest of any region in Vietnam, with 115 boys born for every 100 girls, according to a new report.

The 2021 Country Gender Profile for Vietnam, released Tuesday by UN Women in cooperation with the Australian Embassy in Vietnam, the Asian Development Bank and the International Labor Organization, notes that Vietnam has ” an extreme imbalance in the sex ratio at birth due to son preference and sex-selective abortion.

Of all the regions of Vietnam, the Red River Delta has the highest sex ratio at birth with 115 boys per 100 girls, while the central highlands have the lowest imbalance with 105 boys per 100 girls. The localities with the highest sex ratio at birth (above 115) are clustered in northern Vietnam, namely Bac Giang, Hung Yen, Hai Duong, Bac Ninh, Hanoi and Son La, the report says.

Data from the 2019 census revealed that there were around 1.2 million boys aged 0 to 19 years old than girls. The report says the gender imbalance in Vietnam’s adult population is unlikely to be alleviated over the next few decades, as most future adults are already born.

The report attributes the high gender imbalance in Vietnam to both declining fertility rates and the availability of reproductive technologies. These factors, combined with Vietnam’s traditional preference for sons as a predominantly patriarchal society, has led to a rapid increase in gender-selective prenatal interventions to produce sons.

The report warns that the imbalance at birth will have a “lasting impact on the demographic structure of Vietnam,” where a future excess of men would lead to a “marriage tightening,” which in turn could intensify gender-based violence, including understood sexual. exploitation and trafficking in human beings.

Vietnam will have around 1.5 million more men than women aged 15 to 49 by 2034 if the sex ratio imbalance is still not corrected, the General Bureau of Statistics (GSO) warned. .