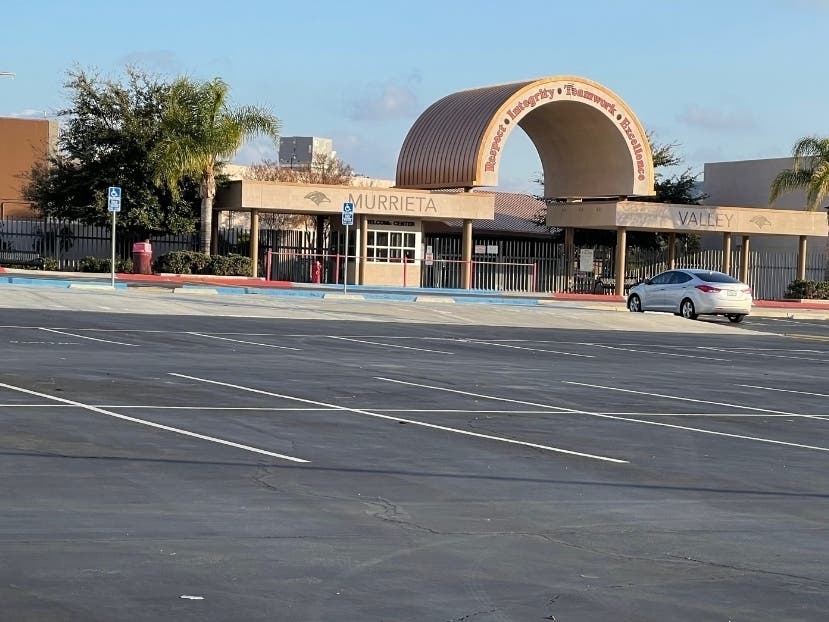 MURRIETA, CA – A former Murrieta Valley High School cheerleading coach who believes he was fired from his campus job because of his sexual orientation has filed a complaint of discrimination, harassment and neglect.

Michael Henderson, 31, who is openly gay, was sacked as head coach of the Nighthawks’ incentive and stunts program in June after serving three years on the job. He alleges that his termination came without warning and that the MVUSD failed to follow proper protocols in the events leading up to his termination.

Instead, on June 11, MVHS athletic director Darin Mott and manager Ryan Tukua called Henderson and told him he was “suspended” due to an “anonymous letter”.

The complaint claims that MVUSD board member Paul Diffley, along with Mott and Tukua, investigated Henderson’s personal conduct and communication with a gay athlete “who had been suicidal in October 2019”. Conversations with the athlete took place during Henderson’s off-peak hours while he was teaching at a private gym called Cartwheels, according to the lawsuit.

As early as April of this year, Clawson and other anonymous defendants “created and published” false statements about Henderson; the defendants shared the “false and malicious narrative” with employees and families of MVUSD with “reckless disregard”, and their actions led to his dismissal, according to the complaint.

The defendants persuaded the district that Henderson’s sexual orientation was “a responsibility and ultimately a burden” on the MVUSD, according to the complaint.

Without being allowed to provide a “meaningful response or statement,” Henderson was fired on June 16, according to the complaint.

The former Nighthawks coach said he had never seen the anonymous letter, which he said was written by Clawson. The letter, said Henderson, was also forwarded to USA Cheer, the governing body of sports cheers. Research among members of the organization has shown that Henderson is an active stunt trainer. He told Patch that he is currently working as a club manager for Corona-based Prime Cheer and Stunt.

The coach’s tenure in high school put the campus in the national spotlight.

Senior Kendell Winters started on the cheers squad his first year under a different coach; Henderson arrived shortly after. She described “Coach Mike” as a tough leader who “has our best interests at heart.”

“He always wants the best for you,” she said at the July rally. “I hope we can get it back.”

Henderson described his reaction to the June 16 layoff as a mere “shock.” Just eight days earlier, he had received a â€œglowingâ€ end-of-season review from Mott and Tukua, he said.

â€œThere was no indication that anything was wrong,â€ said Henderson.

On the day of his dismissal, district officials told Henderson he was being dismissed for “personnel reasons” and that “the district had decided to take the [cheer] program in a different direction, â€he said.

â€œThe anonymous letter was sent to MVUSD by what are believed to be a couple of disgruntled parents who were angry with their child’s position or the level of participation on the team,â€ said Davis.

The investigation into the letter “was led by staunch MVUSD Mormon board member Paul Diffley, who called several anonymous sources obstructing the due process of the investigation,” Davis said. “A question related to his sexual orientation raised red flags, leading many to believe it was a major factor in the district’s decision to terminate Mr. Henderson’s employment.”

Diffley previously told Patch the matter was a personnel issue in litigation and declined to comment further.

Patch was unable to track down student-athletes and / or their family members who may have been unhappy with Henderson’s performance.

Kim Altenhofel, a parent and chairman of the school’s cheering club, told Patch in July that Tukua had contacted her twice and Diffley had spoken to her once as part of the Henderson investigation.

In all conversations, officials were seeking feedback on the incentive program and the coach, she said. The investigation appeared to focus on allegations of verbal and mental abuse on Henderson’s part, she said.

Altenhofel insisted she had never witnessed abusive behavior from the coach.

â€œThe children loved him. They are heartbroken,â€ she said.

Rick Winters, the father of Kendell Winters, told Patch in July that he had never been contacted by anyone in the district. He said Henderson had been wronged.

â€œMy daughter excelled in her program,â€ said Rick Winters. The student-athletes were to maintain good grades and compete in team events under the direction of Henderson, he added.

â€œCoach Mike had high expectations, but I want it for my kids. It’s real life,â€ said Rick Winters.

Outside the common core: marginalized voices in thematic courses